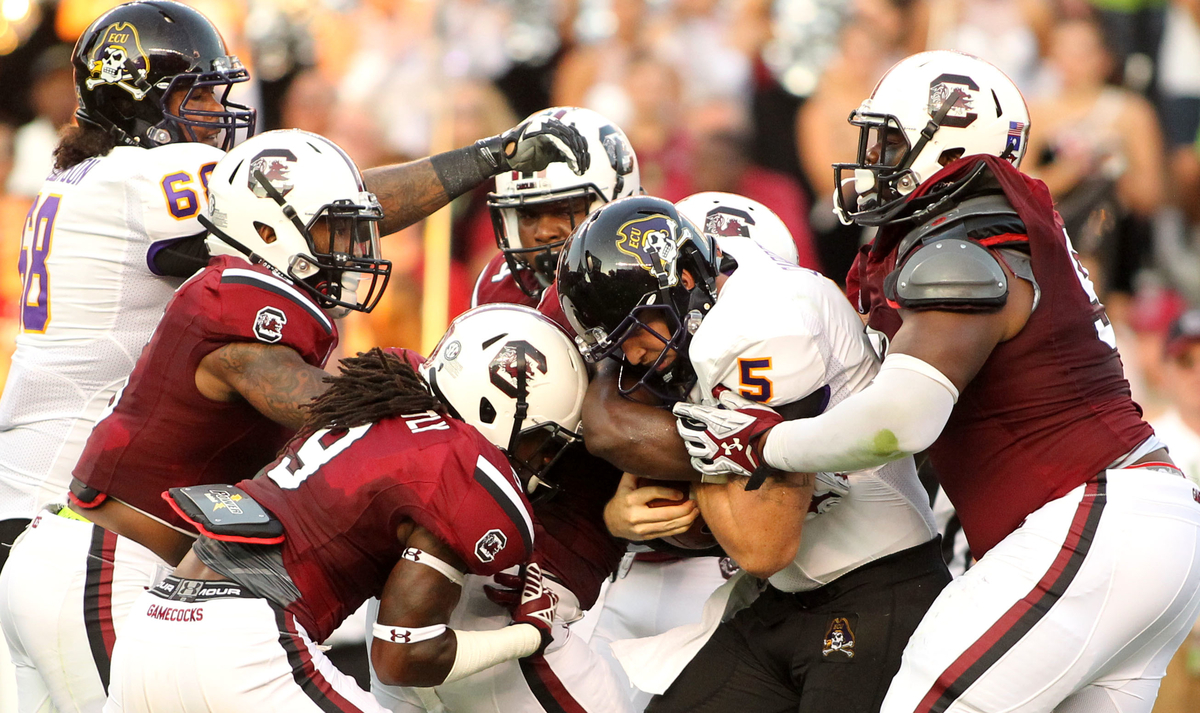 By FITSNEWS  ||  Will Muschamp‘s addition to the University of South Carolina coaching staff would be a boon … if the Gamecocks can get him.

The speculation surrounding the former Florida coach – which we kicked off back in September – has become a deafening cacophony, with message boards from the Rio Grande to the Redneck Riviera aflame with the latest rumors.

And what is the “latest rumor?”  That Muschamp – who reportedly has offers from Auburn, Texas A&M and South Carolina – will take the Gamecock job because it ostensibly affords him a “head coach in waiting” designation behind soon-to-be 70-year-old Steve Spurrier, who has said he plans to coach only a few more years.

By contrast, Texas A&M’s Kevin Sumlin is 50 and Auburn’s Gus Malzahn is 49 – meaning Muschamp would be probably be waiting a long time for another head coaching opportunity if he took a coordinator position with the Aggies or the Tigers.

South Carolina has experienced unprecedented success under Spurrier – including an SEC East championship in 2010 and three straight 11-win seasons and Top Ten finishes from 2011-13.  This year’s season was a debacle, though, thanks almost exclusively to a porous defense that gave up a whopping 5,203 yards (433.6 per game/ 6.25 per play) and 374 points (31.2 per game) last year.

South Carolina’s 2014 squad was – as one of our headlines attested – “defenseless.”

Obviously Muschamp’s hiring would help turn that around – and his presence on the recruiting trail would be another huge benefit to the Gamecock program (which is currently shedding prospects at an alarming rate).

But is Muschamp a panacea?  Or do the Gamecocks need to do even more to shore up their faltering program?

According to several of our sources, one avenue the program is exploring – reportedly in concert with the Muschamp offer – would be to lure former Gamecock defensive line coach Brad Lawing back to Columbia.

Lawing abruptly left the Gamecock program following the 2012 season due to a “personal issue.”

Where’d he wind up?  On Muschamp’s staff at Florida – where he helped lead a defense that ranked No. 9 in the nation in yards surrendered per game, tied for 16th in takeaways and No. 24 in points allowed per game.

We’ve been given conflicting information on the Lawing situation, with one group of sources telling us he’s being actively courted along with Muschamp and another group telling us there’s no way he’s coming back.

“The personal issues are gone,” one source tells us.

However, other sources tell us one specific personal problem – the one that led to Lawing’s departure from Columbia two years ago – meant “South Carolina was off the table forever.”

Whatever it was that led to Lawing’s departure, it’s clear his return – assuming it could be negotiated in concert with Muschamp’s hiring – would be another critical step in solidifying South Carolina’s defensive stoutness as well as it’s ability to recruit.

“We need somebody like him on this staff really, really bad,” one source close to the program tells FITS. “We really only have two people that know how to recruit. There’s no way we would have lost (offensive line recruit Paris Palmer) if Lawing was recruiting him.  Plus he was making a lot of the defensive decisions because (Ward) had nobody on his side of the ball to replace lawing’s knowledge and ability to coach.”

Whatever moves Spurrier and South Carolina athletics director Ray Tanner make this offseason, they need to be bold.  South Carolina has finally climbed out of its historic mediocrity over these last few years … giving long-suffering fans something (at long last) to cheer about.

Let’s not go back to the way things were …