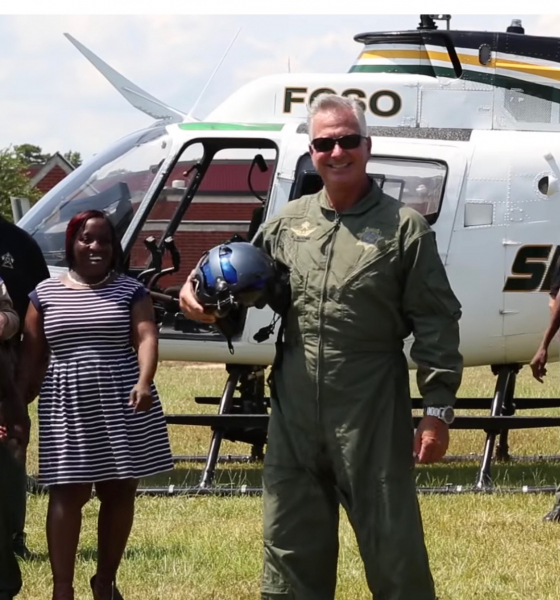 This week, our news site exclusively published two of these recordings – in which an irate Boone verbally assailed Florence County finance director Kevin Yokim after the bureaucrat questioned several expenditures made by the sheriff.

In the first message obtained by this news outlet, Boone yelled at Yokim – insisting the finance director call him back “immediately.”

“If I don’t get a call back I’m gonna send a deputy around your house or wherever you are to find your ass,” Bonne yelled. “Call me now!”

“Payback’s gone be hell I promise ya,” Boone added, making a reference to using the influence of his office to create professional problems for Yokim and other Florence County officials.

After consulting with solicitors and staff, S.C. attorney general Alan Wilson – a political ally of Boone’s – opted against filing criminal charges against the unhinged sheriff.

“After we reviewed the audio recordings and all of the materials provided, we decided that the phone calls did not meet the legal requirements for a criminal charge,” Wilson’s spokesman Robert Kittle told us.  “They may have been unprofessional and rude, but that’s different from being able to prove in court beyond a reasonable doubt that a crime was committed.  It came close and we were certainly concerned, and we left the channels of communication open if anything happens in the future.”

Sources familiar with the case tell us Wilson’s only involvement was reviewing – and signing off on – the recommendation of his subordinates.

Ironically, Boone is the focus of another law enforcement investigation – this one into threats allegedly made against him.  That saga – which also broke on this news outlet – involves the ex-husband of Boone’s new wife, Anna Hovey Boone.

Six weeks ago, Anna Hovey Boone’s former spouse – Alex Curlington – allegedly threatened to kill the sheriff during a verbal altercation that allegedly took place outside her home.  As we noted in our coverage of that incident, threatening the life, person or family of a public official is a felony in South Carolina, and those convicted of it face up to five years in prison.

Sources close to Curlington have disputed Boone’s version of events, however.

According to these sources, Curlington did not threaten Boone’s life – although they acknowledge he was upset because Boone posted a picture to his Facebook page showing him giving a kiss to one of Curlington’s children.

Agents of the S.C. State Law Enforcement Division (SLED) were called in to investigate the allegations against Curlington, but the agency bowed out shortly thereafter upon learning that detectives with Richland County sheriff’s department were already on the case.  Adding further jurisdictional intrigue, we are told any charges related to the ongoing investigation would be handled by S.C. seventh circuit solicitor Barry Barnette, whose office is based in Spartanburg, S.C.

The case is a logistical nightmare, in other words … and Boone being cleared in connection with the voicemail scandal only muddies the waters further.

Boone, 52, has been sheriff of Florence County since 2004.  A “Republican” who recently celebrated his baptism, he is currently working to regain the trust of his community following a recent stint in a North Carolina rehabilitation facility where he was treated for an alcohol addiction (news of that drama also broke exclusively on FITSNews.com).

Despite his issues, Boone has said he plans to seek a fifth term as sheriff in 2020.

While he may have avoided criminal charges in connection with this incident, we believe Boone’s credibility has taken a serious hit as a result of the release of these voicemails.  Furthermore, we believe the circumstances that led to his threats against Yokim will create additional problems for him down the road.