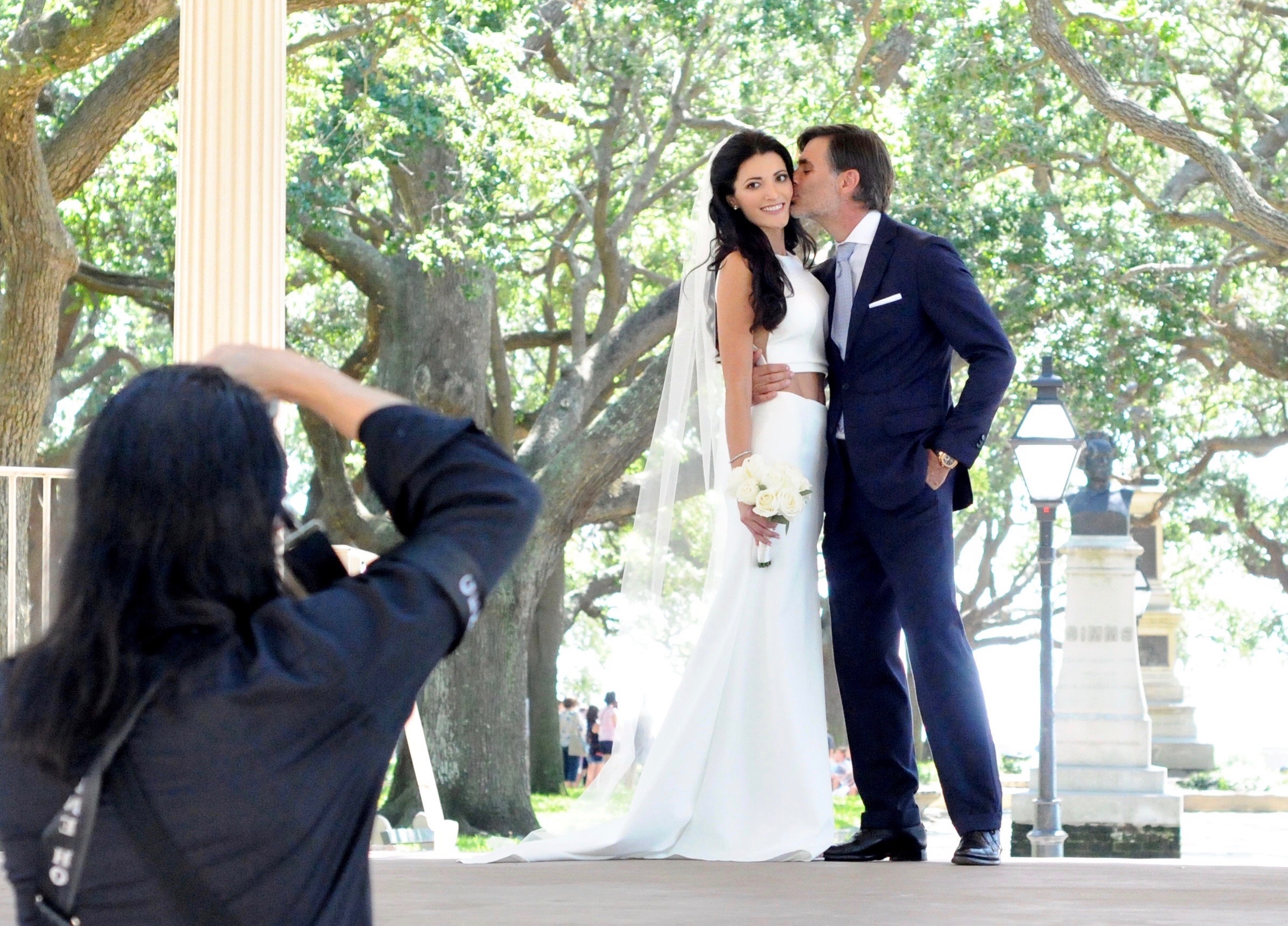 The 49-year-old businessman – once the most eligible bachelor in the Palmetto State – tied the knot with Meredith Carter of Myrtle Beach, S.C. at a private ceremony in downtown Charleston, S.C. on Tuesday morning.

We broke the news of Bauer and Carter’s engagement last month, and the couple clearly didn’t want to waste any time getting hitched.

One of our loyal readers spotted the ceremony as it unfolded Tuesday morning at White Point Gardens on Charleston’s historic battery – snapping a picture of the happy couple.  In an interesting turn of events, we are told former U.S. congressman Gresham Barrett of Westminster, S.C. – a one-time rival of Bauer’s – officiated the wedding.

Barrett and Bauer ran against each other in the 2010 gubernatorial election, with the former receiving the latter’s endorsement in his runoff election against former S.C. governor (now U.S. ambassador) Nikki Haley.  Barrett is now a pastor in the Greenville area.

In another connection to the political world, photographer Gene Ho and his wife, Nadean Ho, were seen photographing this special occasion.  A native South Carolinian, Ho was one of U.S. president Donald Trump’s campaign photographers and his recently published book – Trumpography – has been one of Amazon’s political best sellers.

The ceremony seemed to be a completely private affair with only Bauer, Carter, and her three children attending.  And while there will doubtless be some speculation as to the timing of the nuptials, we can confirm Carter is not expecting – although a source close to the couple said they “are hoping to add to their family in the future.”

“The timing was simply a matter of wanting to go ahead and start their lives together in Charleston, as a family,” our insider said.

A real estate agent, Carter met Bauer while the two of them were working on a development project at one of the latter’s farm properties.  They hit it off and began dating, and before long Bauer’s famed “black book” found its way to the shredder.

As we noted in our coverage of Bauer’s engagement, this news site has had an up-and-down relationship with the former lieutenant governor (a.k.a. “S.C. 2”) over the years.

“(We were) exceedingly harsh on Bauer during his tenure as lieutenant governor.  Perhaps unfairly so,” we wrote back in 2016.  “In recent years, however, we’ve come to respect him as an adept businessman and quick study when it comes to policy issues.”

Bauer has enjoyed tremendous success in business, and in his role on the cable news front.

“Now he is experiencing success where it matters most,” we wrote last month.

We wish Bauer, Carter and their new family every happiness as they embark upon this chapter of their life together …

In the immortal words of John Beckwith (a.k.a. Owen Wilson) from the movie Wedding Crashers, “true love is your soul’s recognition of its counterpoint in another.”

Indeed … and it certainly seems as though Bauer and Carter have found one another’s “counterpoint.”

Congratulations to the groom and best wishes to his beautiful bride …