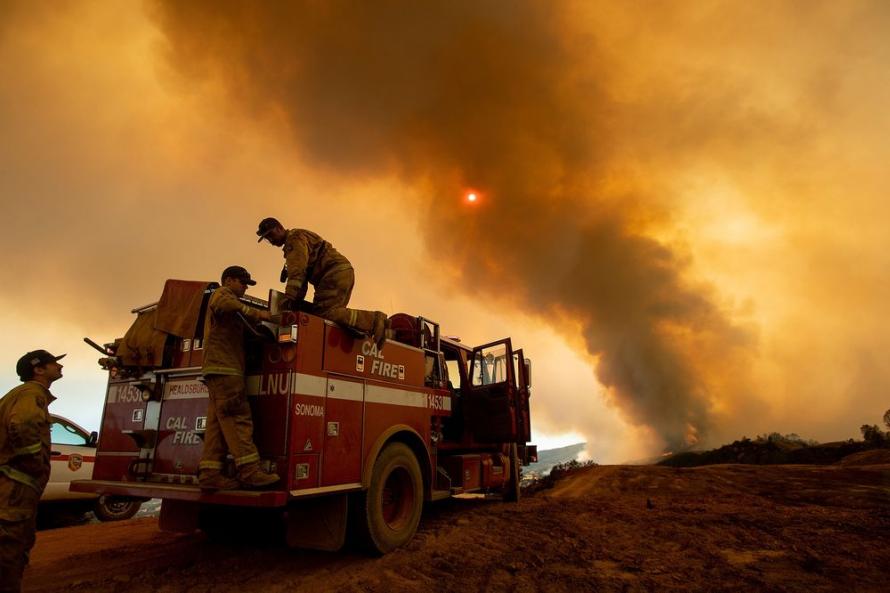 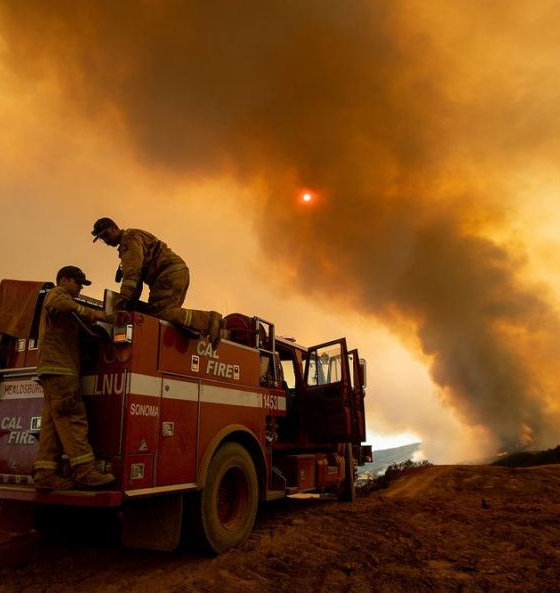 The state of California is once again ablaze, prompting U.S. president Donald Trump to declare a “major disaster” as firefighters do battle with the largest forest fire in state history.

As of 7:00 a.m. PDT on Tuesday, the Mendocino Complex wildfire – located 225 miles north of San Francisco – encompassed nearly 291,000 acres. That eclipsed the record of 281,893 acres consumed last December by the Thomas wildfire – a blaze in Santa Barbara and Ventura counties that killed two people and destroyed more than 1,000 structures.

The Mendocino Complex wildfire – which encompasses parts of Colusa, Lake and Mendocino counties – is the combination of two wildfires, the Ranch and River wildfires.  The larger Ranch fire has consumed nearly 242,000 acres and is currently only 20 percent contained.  The River wildfire has consumed an estimated 49,000 acres and is almost 80 percent contained. 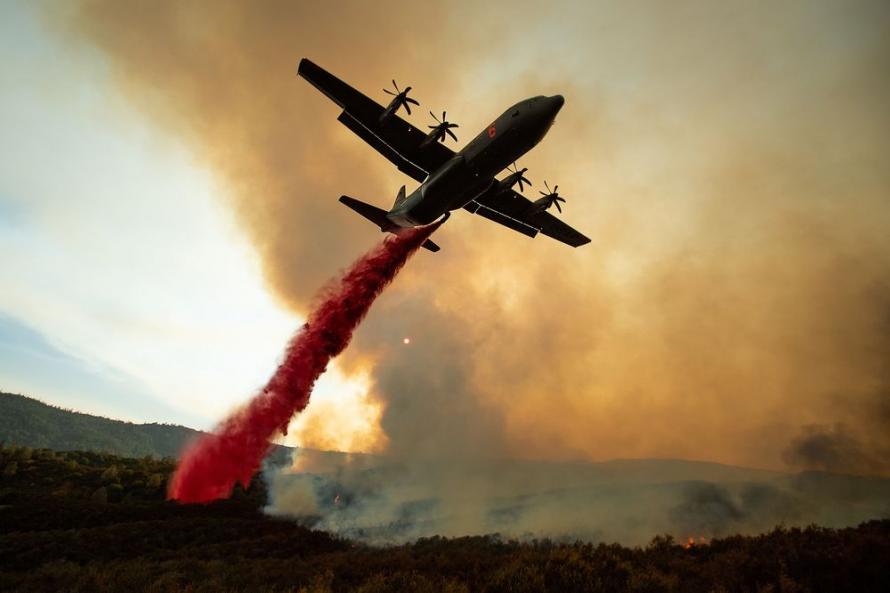 All told, eight major forest fires are currently burning in California – conflagrations that are being fueled by hot, dry and windy weather conditions.

A total of 14,000 firefighters are battling the blazes – also a new record.

The deadliest of these is the Carr wildfire, which has killed seven people in Shasta and Trinity counties since breaking out on July 23.  That fire – which is 47 percent contained – has consumed 167,113 acres.

These are huge fires, to be sure, but it is worth noting there are an estimated 20 million acres of national forest land in California – covering approximately 20 percent of the state.

The Trump administration has already approved one emergency federal disaster relief request from California governor Jerry Brown, and is reviewing another on an “expedited basis.” 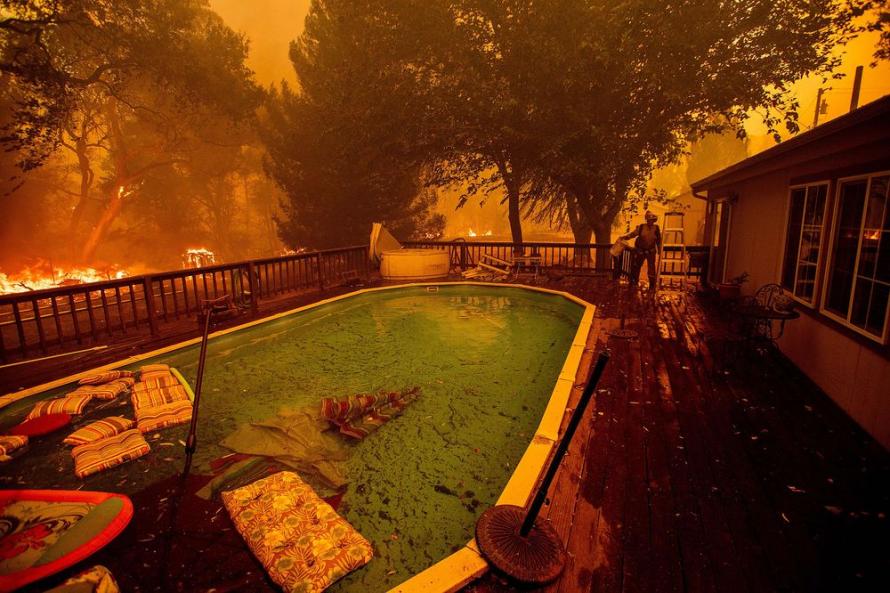 That hasn’t stopped Trump and Brown from injecting politics into the tragedy, however.

“California wildfires are being magnified (and) made so much worse by the bad environmental laws which aren’t allowing massive amount of readily available water to be properly utilized,” Trump tweeted earlier this week. “It is being diverted into the Pacific Ocean. Must also tree clear to stop fire spreading!”

Trump’s critics responded that his administration had cut tens of millions of dollars from the U.S. Department of the Interior (DOI) and U.S. Forest Service (USFS) in its budgets – including money used for clearing trees.

In a follow-up tweet, Trump called on Brown to allow the free flow “of the vast amounts of water coming from the North and foolishly being diverted into the Pacific Ocean,” saying these water resources “can be used for fires, farming and everything else.”
[timed-content-server show=’2018-Jan-17 00:00:00′ hide=’2018-Oct-22 00:00:00′]

Meanwhile Brown blamed global warming, which he claimed was escalating to the point where “predictions that I see, the more serious predictions of warming and fires to occur later in the century, 2040 or 2050, they’re now occurring in real time.”

“You can expect that – unfortunately – to continue intensifying in California and throughout the Southwest,” Brown said.

As we noted last year, many conservative lawmakers have argued that poor federal policies are creating difficulties for those battling these blazes – not to mention hamstringing their efforts to prevent forest fires in the first place.  This often creates greater environmental hazards than the ones well-intentioned environmentalists sought to neutralize in the first place.

“There are proven management practices which can – and do – mitigate loss and allow for better fire management should lightning or something else cause a fire,” U.S. congressman Jeff Duncan told us.

According to Duncan, however, those practices aren’t the ones being advanced by the federal government, which has instead embraced policies championed by “environmentalists and people who move from city to rural (areas) and thwart good management practices,” Duncan says.