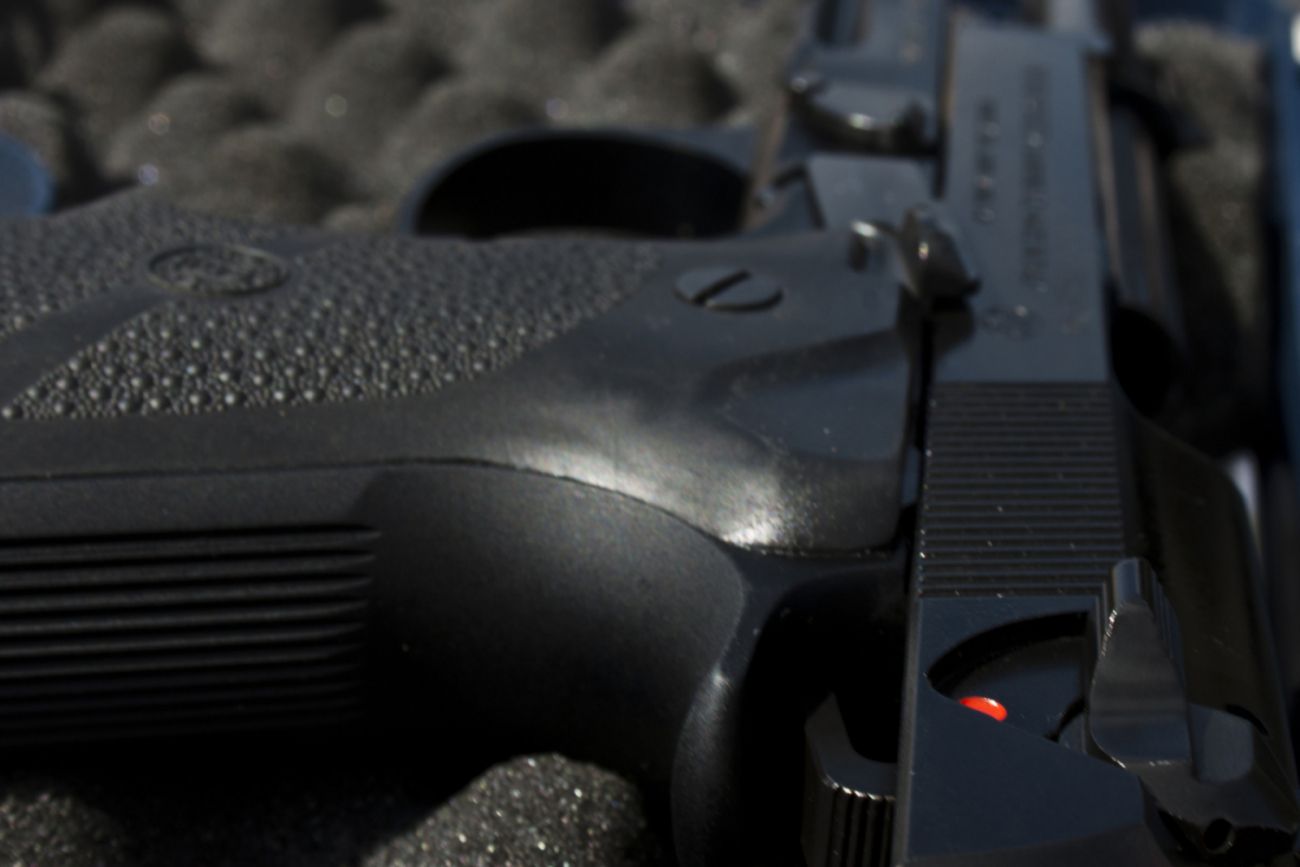 A week ago, this news site exclusively reported on the arrest of former city of Columbia, South Carolina police chief Randy Scott on drug charges.

The 49-year-old ex-lawman was charged with possessing less than a gram of “methamphetamine or a cocaine-based substance.”

According to our sources, this could be the beginning of Scott’s problems …

Multiple law enforcement sources have confirmed to this news site that at the time of his arrest the former chief – whose career was marred by scandal – was in possession of at least one weapon still registered to his former employer, the city of Columbia police department.

“At least one of the guns found in his residence was one of the old model duty weapons (Columbia police department officers) had,” one of our sources said. “It was still registered to the department when they recovered it.”

Not only that, we are told the city police officer who uncovered the weapon’s true ownership was instructed by a superior (a sergeant within the police department) to “leave it alone.”

“Too (much) politics,” our source said.

Several other weapons found at the scene may have also been actively registered to other law enforcement agencies, sources familiar with the case told us.

Columbia police are already on edge over the Scott arrest after a cell phone image of the former chief that was taken from a body camera during his arrest was leaked outside of the department.  This image was reportedly taken at the Alvin S. Glenn detention center, which is where Scott was booked following his arrest last week.

“Apparently an officer was at the jail when Scott was brought in and had his body cam on and took a still shot from the body cam footage with this phone and distributed outside of the agency,” one source told us.

That report has been confirmed by a federal law enforcement source familiar with the details of Scott’s arrest.

“That’s being handled by city and county,” the source said, referring to the unauthorized release of the bodycam image.

Wait … why were the feds involved in a local drug case to begin with?

According to our sources, Scott was arrested after U.S. Marshals served a warrant at his home address in search of a fugitive in another case.  These Marshals were accompanied by agents of the S.C. State Law Enforcement Division (SLED) and Richland County sheriff’s department – part of an inter-agency “fugitive task force.”

It’s not immediately clear who the Marshals were looking for … or why they believed this fugitive would be at Scott’s residence.

All of the guns and drugs found at Scott’s home were ultimately taken into the custody of Richland County sheriff’s deputies, however we are told the weapons were made available to other agencies for identification purposes.

Scott resigned as Columbia’s chief of police in 2013 citing post-traumatic stress disorder (PTSD) complications stemming from the death of a fellow officer years earlier.  He was promptly hired by the Richland County sheriff’s department – where he had previously served – but he resigned from that position in August of 2016 citing “health issues” he claimed to be struggling with in the aftermath of an auto accident.

Columbia mayor Steve Benjamin hired Scott in 2010 to replace Tandy Carter, who was fired after he objected to the city’s meddling into an investigation involving then mayor-elect Benjamin’s controversial election night car crash – which left a Columbia, S.C. hotel worker with permanent physical damage (she has since died of cancer).

This news site has always liked Scott.  We didn’t think he was a particularly effective police chief, but we’ve never had any problem with him on a personal level.

Unfortunately, it seems as though Scott is mixed up in something much bigger than a garden variety recreational drug bust.

We hope it ends well for him … but if he was indeed in possession of unauthorized government firearms obtained during his years with local law enforcement agencies, that’s a big deal.

South Carolinians need to be able to trust that their law enforcement agencies are putting the best interests of citizens  first – which starts with them telling us the truth, not covering up bad news.

Stay tuned … we expect to have much more on this case very soon.