by CHARLES HALL || “The ultimate objective of any correctional institution must be to contribute to public safety by keeping dangerous individuals contained and reforming (to the extent possible) those inmates willing to change the trajectory of their lives.”

This quote appeared in an article on this news site recently.

I propose an idea for prison reform in our state. According to an April article in The (Columbia, S.C.) State newspaper, South Carolina is currently short 627 prison guards.  What if simply we did not need as many guards?  Sentencing reform is away to achieve this.

First:  Why do we need so many prisoners?  We don’t.  Sixteen percent of our prison population has their most serious offense listed as “dangerous drugs.”  This includes drugs such as marijuana and opioids.

Why can we not change the sentencing of possession of dangerous drugs to a civil fine?  Do not get me wrong there has to be a line but right now that line is anything.  Let’s set the line so we can lower prisoner counts.  State representative Mike Pitts sponsored a bill in 2015 that would have made simple possession of marijuana a civil fine.  Current law sets simple possession at one ounce of marijuana. Let’s change that to five ounces.  Currently on your second offense you could be facing a year in jail.

At the current daily cost per prisoner of $57.11 that would save the state more than $1,700 per month – on first time offenders alone.

Now let’s talk about another type of prisoner currently serving as a drain on the system.  Deadbeat parents can be sent to prison for not paying child support.  Why are we imprisoning these people?  The best suggestion I ever heard was an ankle monitor and wage garnishment combination.  Not only are these deadbeats costing the taxpayers money behind bars, they are also still racking up what they owe.  Put an ankle monitor on them. Require them to work.  Garnish their wages and taxes to pay the debt.  Just using an ankle monitor can lower the daily cost to house a confined prisoner in half.  Plus most monitors are monitored by private companies creating private sector jobs.

How would this benefit the state?  Well, since there would never be a lowering of taxes it would create a surplus that could be put towards what I call hot air projects instead of where it should go.  Any budget surplus should be returned to the citizens of South Carolina but instead it will be used to “fix” the roads, fund a bad retirement system, and not increase state employee pay.  This surplus could just make it harder for a lawmaker to vote for a tax increase because they know that vote would be used against them.  Just so your readers are informed, over eighty elected positions are running unopposed for office this year.

Finally, these reforms would make South Carolina a place of smiling faces and beautiful places again.  Our state’s citizens help each other in need. We are a group of beautiful souls who will give each other the shirt off of our backs.  We strive to have awesome communities that help each other grow.  We feel bad for people who are down on their luck. Remember our state motto is ‘While I breathe, I hope.’  Without reform in our prison situation we take away hope.  South Carolina is a place of hope.  I hope we can build a better state for a better tomorrow.  I believe in South Carolina. 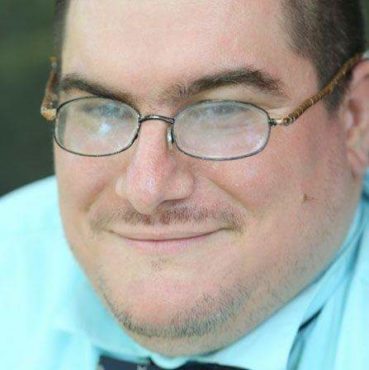