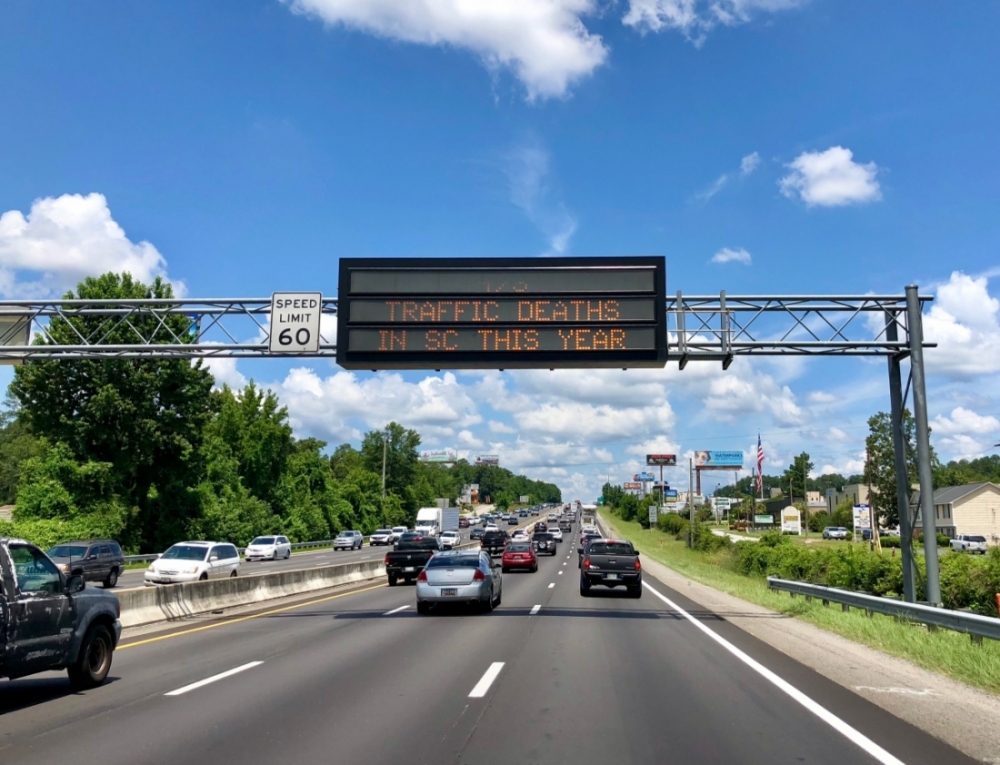 South Carolina fatalities are continuing their downward trend this year …

Following a substantial decline in 2017, the first half of 2018 is showing even fewer fatal crashes on Palmetto State roadways – and fewer deaths resulting from those crashes.

According to preliminary data published by the S.C. Department of Public Safety (SCDPS), there have been 438 fatal crashes on South Carolina roads during the first six months of the year – down from 468 fatal crashes a year ago.  That’s a 6.4 percent decline, assuming the math we were taught in the Palmetto State’s worst-in-the-nation government-run school system is computing.

Meanwhile there have been 475 fatalities associated with those incidents – down from 511 at the same point a year ago.  That’s a 7 percent drop-off (and yes, this is one of those instances in which the red numbers are the good numbers.

Obviously, SCDPS’ data isn’t always borne out by the final tabulations … but we are clearly looking at a downward trend from 2016, which saw a whopping 1,018 fatalities on South Carolina roadways (the first time since 2007 that this total hit the 1,000 mark).

Annual traffic fatality data is compiled on the basis of fatal collisions reported to the S.C. Office of Highway Safety.  To its credit, SCDPS makes “no warranty” as to the accuracy of this data.

Are these declines good news?  Absolutely …

Unfortunately, fewer fatalities does not excuse ongoing mismanagement at SCDPS – yet another agency of S.C. governor Henry McMaster‘s results-challenged administration that is ripe for reform.

Among many other issues, SCDPS’ embattled director Leroy Smith has been harshly (and appropriately) criticized for his failure to recruit and retain sufficient numbers of S.C. Highway Patrol (SCHP) troopers.  Smith’s response to these criticisms?  Rushing untrained troopers onto the job …

In the long-term, that’s simply not going to cut it …

We will continue to keep tabs on these numbers over the months to come … hoping for these dips to grow even steeper as the year progresses.  At the same time, we will continue to hold McMaster and Smith accountable for their ongoing failure to efficiently and effectively perform this core function of government.