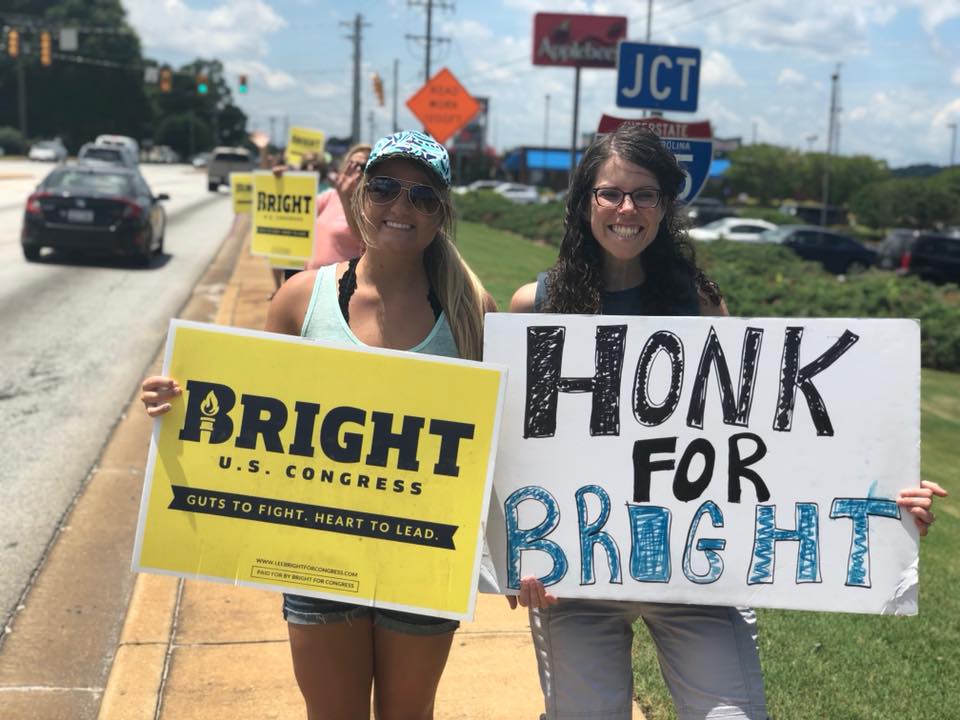 This news site has waxed and waned with Lee Bright.

In fact, we’re told one of our articles criticizing the former South Carolina state senator has been making the rounds in his race against state senator William Timmons for the Palmetto State’s fourth congressional district.

That’s too bad … because this news site is endorsing Bright in the “Republican” runoff election for this seat, which is being vacated by U.S. congressman Trey Gowdy.

Also, isn’t this the guy who royally pissed us off a few years ago with his poor handling of an abortion bill?  Yes …

And isn’t he the guy who once confronted our founding editor Will Folks in an elevator at the S.C. State House to complain that state senator Tom Davis was getting more media love than he was?

Here’s the thing about Bright, though: Whatever you may think of him, you can count on him to watch out for your bottom line as a taxpayer.  There is simply no guesswork when it comes to what his voting record will be in Washington, D.C.

Like him or not, Bright will serve as a check against the reckless, out-of-control growth of the federal behemoth – whether we are referring to its steady incursion upon your wallet or its ongoing attack against your liberties.

That’s something the fourth district needs … desperately.  And has needed for several years it pains us to say.

For all of his high-profile work on the investigation into the 2012 Benghazi terrorist attack, Gowdy steered this seat toward the mushy middle of the American political spectrum on the bread-and-butter fiscal issues that matter most to the future of our Republic.

Bright will steer it back in the right direction …

As for Timmons, we have nothing against him – although we believe he is far less likely to be a consistent pro-freedom, pro-free market vote.  He is also prone to needless irascibility when criticized … which has raised questions regarding his temperament.

Oh, and speaking of questions, nearly a week after we first reported on it we are still waiting on his campaign to fork over un-redacted documents related to his decision to leave the U.S. Navy back in 2002.

Ultimately, though, we have no real issue with Timmons … we just don’t have the same level of confidence in him that we have in Bright when it comes to the votes he will be called upon to cast in Washington, D.C.

Timmons represents a roll of the dice for libertarians and fiscal conservatives.  Bright?  On taxes, spending and liberty issues, he is as close as you can get to a sure thing.