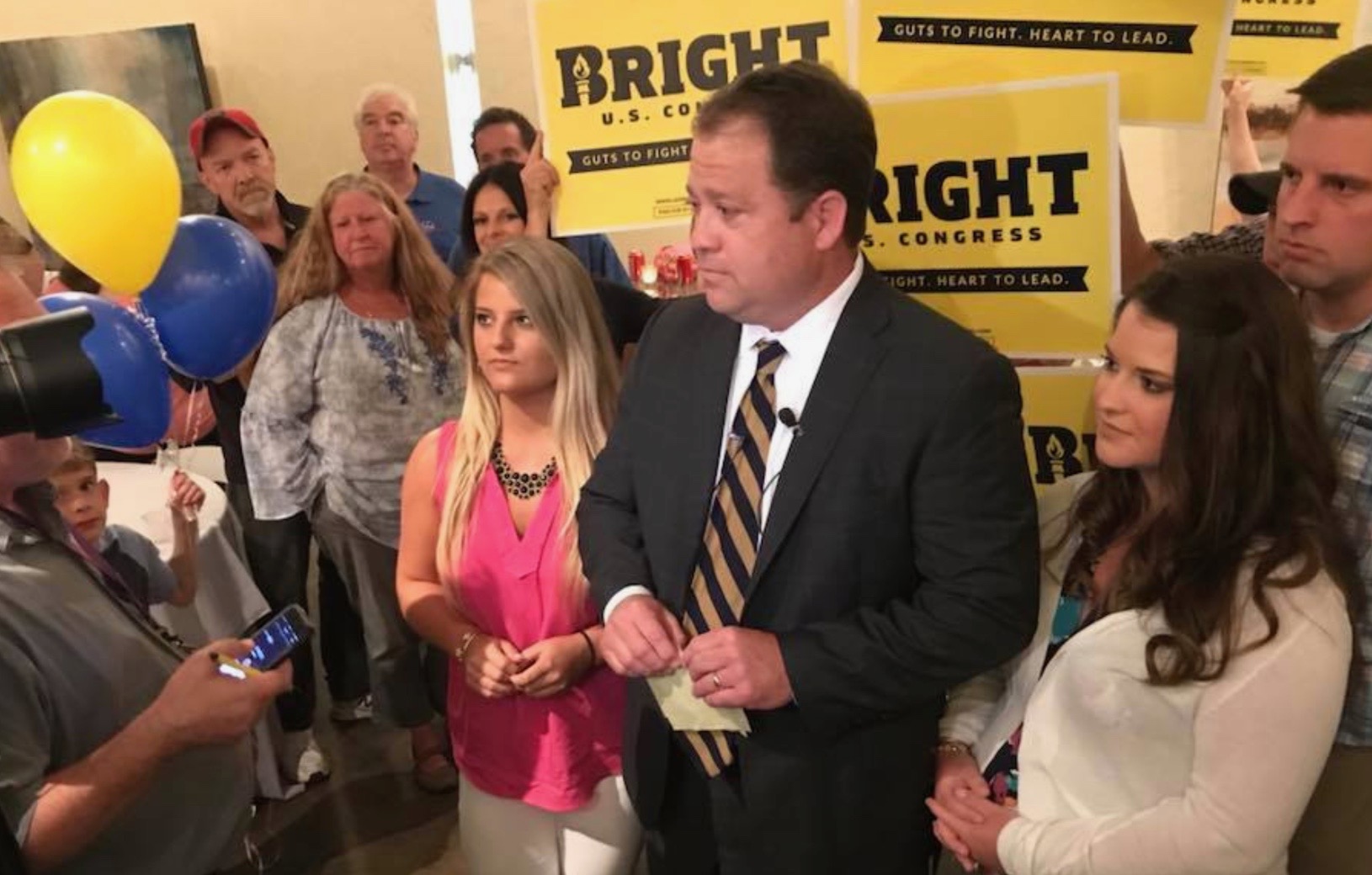 The group – Conservative Leadership Alliance – has purchased $200,000 of air time in the district, sources familiar with its plans tell us.

We’re told this could be the first of many dark money expenditures targeting Bright – who has drawn the ire of the “Republican” establishment in our nation’s capital by pledging to join the Freedom Caucus in the U.S. House of Representatives, if elected.

GOP leaders in Washington would clearly rather work with Timmons, believing him to be more malleable to their ends.

So … do we have a problem with these dark money ads?

This news site is partial to Bright’s candidacy, but we also understand how the game is played.  Also, we don’t think $200,000 worth of negative advertising is going to suppress Bright’s turnout one iota.  His followers are devout, and if anything this ad campaign will serve only to reinforce their belief that Bright is being targeted because he won’t join “the swamp.”

Not only that, we’re told this campaign could prompt similar dark money expenditures on Bright’s behalf.

Bright and Timmons emerged as the top two finishers in a crowded GOP primary election on June 12.  Because neither received a majority of votes on the first ballot, the two are going head-to-head in a runoff election on June 26.

Bright launched his television campaign earlier this week, while Timmons has been on the air since Saturday.

For those of you who missed Timmons’ spot, here it is …