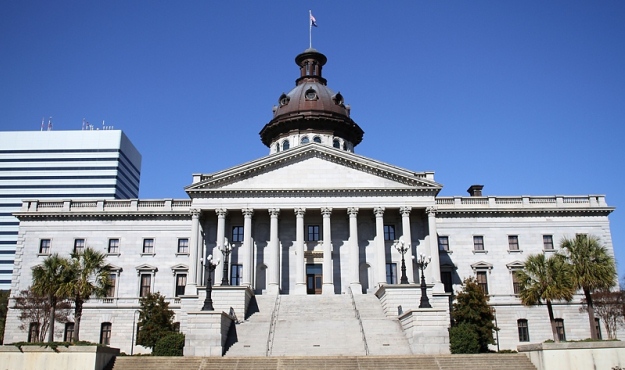 MEDICAID DEFICIT THREATENS TO THROW STATE BUDGET OUT OF BALANCE

“Never again,” S.C. Gov. Nikki Haley vowed last year when her health care agency came before a state budget panel begging for a $100 million bailout (the agency’s total bailout tab wound up being north of $225 million when it was all said and done).

Yet only a year later, Haley’s Department of Health and Human Services (SCDHHS) is headed down the same fiscally unsustainable path.  According to a preliminary budget request released earlier this week, SCDHHS is requesting an additional $200 million for the coming fiscal  year to cover our state’s soaring Medicaid tab.

The only problem? After blowing more than $3 billion in new money over the last two years, as of this writing the state’s projected surplus for the coming fiscal year is estimated at $150-$180 million.  In other words accommodating Haley’s Medicaid request would create an unconstitutional deficit.

And while SCDHHS was clear to refer to its request as “preliminary,” the truth is that things are likely to get worse before they get better.  For starters, the state’s socialized medicine tab is set to soar even further thanks to Haley’s eligibility expansion agenda.  Also, S.C. House Speaker Bobby Harrell (RINO-Charleston) is currently working behind the scenes to see that enough “Republicans” join with Democrats to support the massive Medicaid expansion associated with “Obamacare.”

Both of these policy moves will further inflate our state’s Medicaid bubble … forcing taxpayers to shell out hundreds of millions of dollars more.

“The primary cost-driver is the size of the Medicaid population,” Davis explains.  “That ‘s why Mark Sanford to his credit refused to accept Obama’s ‘stimulus’ money for healthcare in 2009.  He believed the cost of the attached strings – ceding control of our state’s Medicaid population to the federal government – was simply too high.  Ultimately, the state legislature forced him to accept the money and, as he predicted, we are now paying the price.

“That’s what happens when lawmakers sell out our sovereignty,” Davis added. “Happens all the time.”

Frankly it’s sad that we are still adding people to our Medicaid rolls three years after an economic “recovery” began.

More than 1.1 million South Carolinians – or nearly a quarter of our state’s population – received Medicaid services last year.  How on earth is that number still going up?  Also last time we checked, a whopping 43 percent of South Carolina children were on Medicaid while 52 percent of all live births in the state were covered by the taxpayers.

If we’re creating jobs at the clip Haley says we are, how on earth are those numbers still going up?

It makes no sense … but then again this is South Carolina, where pretty much everything is counter-intuitive (and everyone in public office is a hypocrite). After all why else would our “conservative” legislature and “Tea Party” governor be so intent on expanding dependency as opposed to expanding prosperity?

We can’t answer that question … except to say that whatever the answer is, it’s about to come out of your wallet.