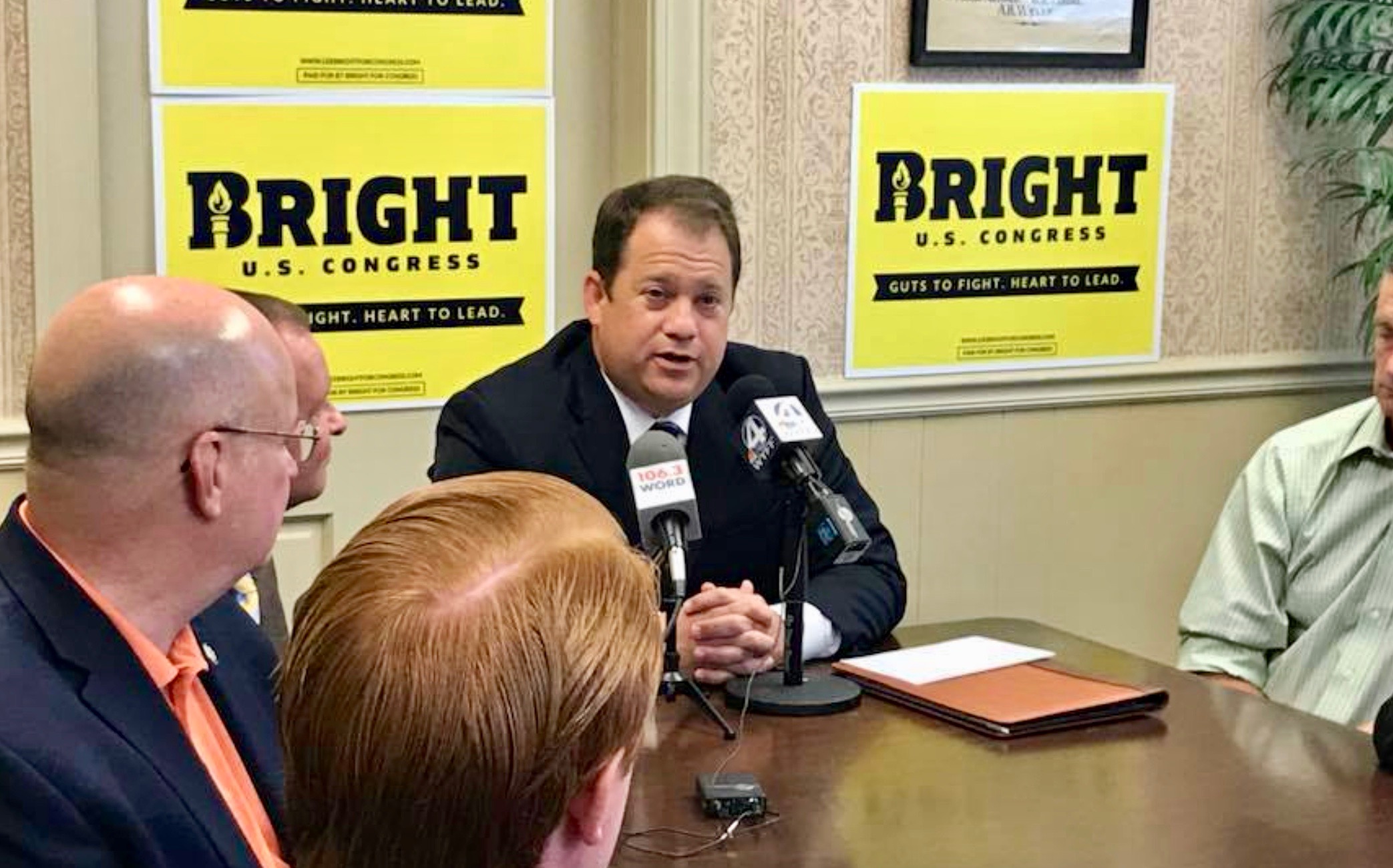 Bright finished in first place in the race for this seat with 25 percent of the vote on June 12, and four days later current state senator William Timmons was certified as the second place finisher in the crowded race (with 19 percent of the vote).

Because no candidate received a majority of the ballots cast, the top two finishers are facing off on June 26 (next Tuesday) in a head-to-head matchup.

Who is the favorite?  It’s hard to say.  Bright obviously enters the race with a lead.  He also has a devout grassroots following – a network of supporters who can be counted on to come back out to the polls as often as is necessary.

That’s huge in a runoff, where turnout tends to drop off precipitously.

Timmons, however, hails from a much bigger and broader geographic base.

As is the case in numerous elections across the country (including a shocking upset in a Lowcountry congressional race), this matchup is shaping up as battle over which candidate would be most loyal to the agenda of U.S. president Donald Trump.

Here is his spot …

Bright’s campaign tells us the ad began running across the Upstate today.  In terms of firepower, we’re told it will match the size of Timmons’ recent advertising buy.

This news site will more than likely endorse Bright in this race.  We have had our ups and downs with him in the past, but when it comes to the life, liberty and free market issues that matter most to us (and should matter most to you) he had a consistent record during his eight years in the S.C. Senate.