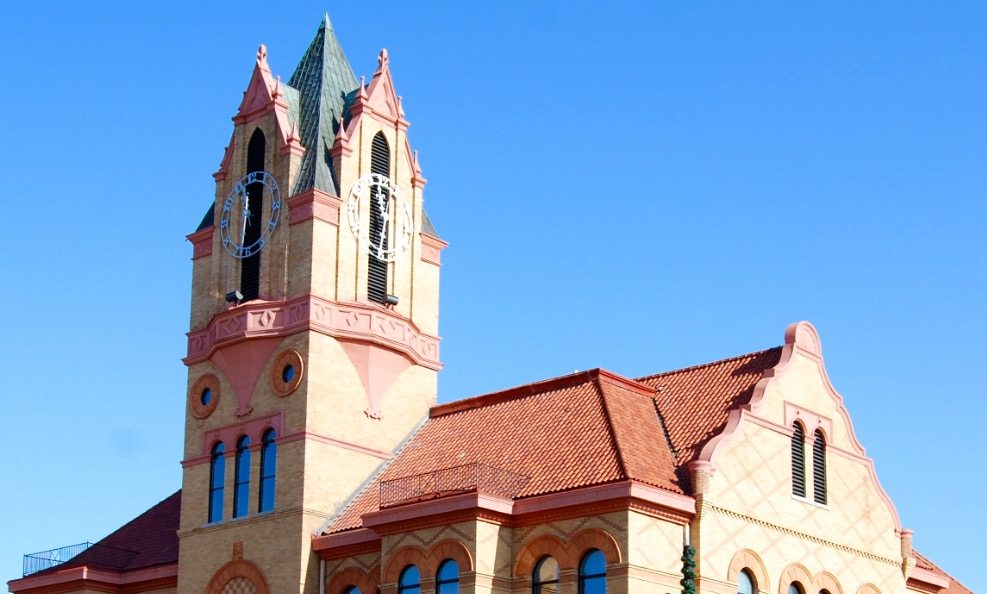 Officials in Anderson County, S.C. want to impose a new “hospitality tax” this month – without a vote of the people.

Not so hospitable, huh?

County leaders say they need money to pay for a host of new “recreational” expenditures – including a new amphitheater, water park, sports fields and a swim complex.

Here’s a look at the proposed new spending … 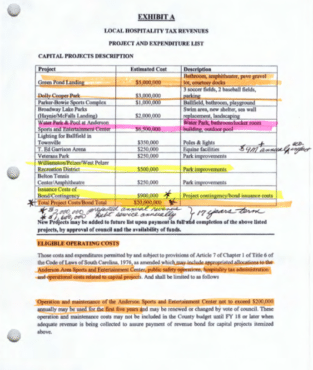 Do any of these items sound like pressing needs to you?  Of course not … especially not to the tune of $20 million in new government borrowing (with a $1.6 million annual debt service).

Not surprisingly, attendees at a recent county council meeting were “overwhelmingly against” this new tax, according to our sources.

Unfortunately, it’s not up to them.

Anderson county leaders have the authority to levy this tax without a public referendum – and they are planning to do so this month, we’re told.

Imposing new taxes to fund non-essential government is a bad idea under any circumstance, but Anderson’s proposed “hospitality tax” is especially problematic.

Aside from the anti-competitive business climate this new levy would create, it would erect a “mini-Internal Revenue Service” within county government.

As a condition of the new tax, all businesses would be required to register with the county – which would be granted statutory authority to audit their books any time it wanted.

It gets worse … small business owners failing to comply with county audit requests within 24 hours could face up to thirty days in jail.

That’s just insane … it’s also a recipe for corruption in a part of the state already teeming with self-dealing and crony capitalism.

We’re not among the estimated 185,000 people who live in Anderson County, so this proposed tax doesn’t directly impact us.  But the way it is being pushed – and the pernicious new regulation it would impose on every business in the county – strikes us as deeply troubling.