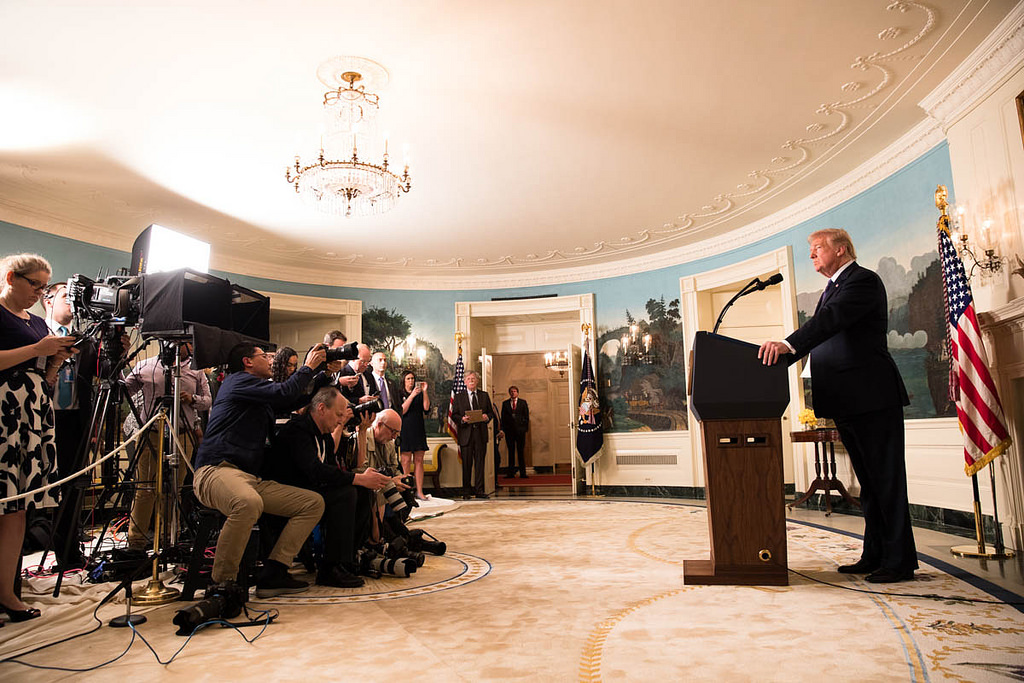 Trump has disappointed us twice on critical spending issues (here and here).  He also disappointed us when he lent his imprimatur to a “Republican” tax plan that failed to target sufficient relief to middle income earners and small businesses (and which, accordingly, isn’t having the desired stimulative effect on the American economy).

That isn’t happening … certainly not with the wholesale abandon we were anticipating.

Trump is increasingly distracted, too.  While this news site has consistently taken a dim view of the “Russian meddling” allegations – and the special counsel leading the “investigation” into them – we also don’t believe Trump has helped himself.

Take Jeff Sessions, his choice for attorney general.  Sessions’ decision last March to recuse himself from the ongoing investigation continues to drive Trump batty – and with good reason.

“I think what the president is doing is expressing frustration that attorney general Sessions should have shared (his) reasons for recusal before he took the job, not afterward,” outgoing U.S. congressman Trey Gowdy said this week.  “If I were the president and I picked someone to be the country’s chief law enforcement officer, and they told me later, ‘oh by the way I’m not going to be able to participate in the most important case in the office,’ I would be frustrated too.”

“There are lots of really good lawyers in the country, he could have picked somebody else!” Gowdy added.

We get that Trump is frustrated.  And Sessions has clearly put him in a very difficult situation.  But this sort of high-profile dysfunction is not good … for anyone.  It is also keeping Trump from doing what he was elected to do.  And as we noted at the outset, that has already proven problematic for him.

Trump acknowledged last summer that he never would have chosen Sessions if the latter had told him he was going to recuse himself.

But he did … and it’s abundantly clear he cannot fire him without inviting potentially serious legal consequences.

That’s the definition of an untenable situation, if you ask us … and Trump has no one to blame for it but himself.

Again, to be clear: We do not believe Trump colluded with Russia during the 2016 presidential election.  As we’ve noted on multiple occasions, we believe the only rigged election that year was the Democratic primary.

But it’s never the actual event that gets you in trouble, is it?  It’s what follows …

Which is what Trump needs to be leery of moving forward …

Ron Paul: The CIA Is The Problem