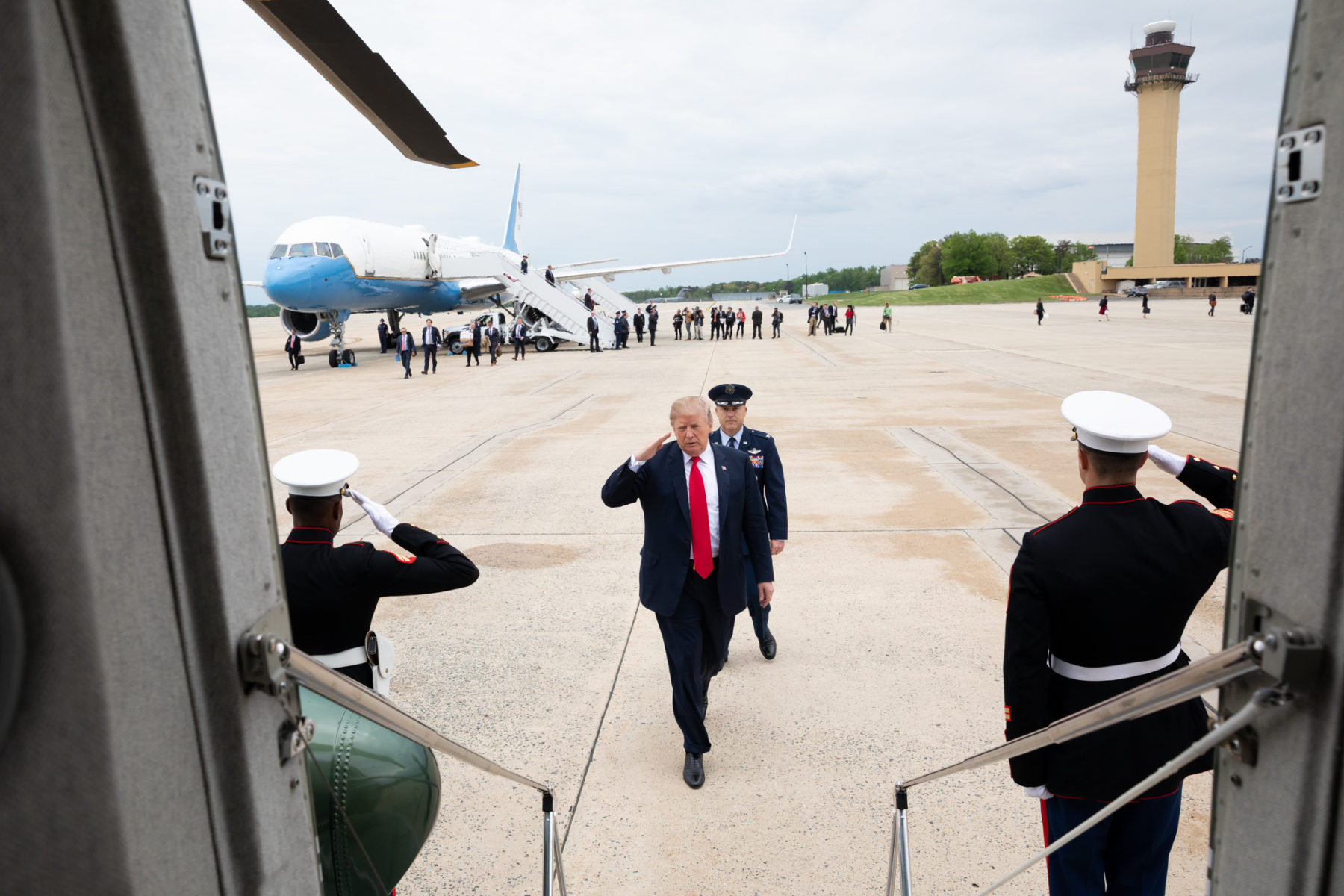 Keeping a promise he made back in January, U.S. president Donald Trump has pulled America out of a 2015 nuclear deal with the Islamic Republic of Iran negotiated by his predecessor, Barack Obama (and made possible by a “Republican” congress).

“I am announcing today that the United States will withdraw from the Iran nuclear deal,” Trump said during a press event in the White House diplomatic room.  “This was a horrible one-sided deal that should have never, ever been made.  It didn’t bring calm, it didn’t bring peace, and it never will.”

“It is clear to me that we cannot prevent an Iranian nuclear bomb under the decaying and rotten structure of the current agreement,” Trump continued, calling the agreement negotiated by his predecessor “defective at its core.”

Accordingly, the Trump administration will “begin reinstating U.S. nuclear sanctions” on the Middle Eastern nation – including “the highest level of economic sanctions” America is capable of imposing (i.e. sanctions against other nations that choose to do business with Iran).

Many of these sanctions will kick in within three months, others will be effective in six months time.

“Today’s action sends a critical message: The United States no longer makes empty threats,” Trump said. “When I make promises, I keep them.”

Well … not really … but in this case we don’t especially care.

We’ve never opposed Iran’s right to develop a nuclear capability … just as we’ve never opposed the nuclear program of the Democratic People’s Republic of Korea (DPRK – a.k.a. North Korea).  Deal … or no deal … it shouldn’t be our concern.

To his credit, though, Trump has been consistent on this issue all along.

“We’re giving them billions of dollars in this deal, which we shouldn’t have given them,” Trump said back in 2015 when this agreement was inked.  “We should have kept the money.  Second of all, we have four prisoners over there. We should have said ‘Let the prisoners out. They shouldn’t be over there.’”

Trump also rebuked the provision of the deal which gave Iran a two-week window before opening certain facilities to inspection – saying the United States should have insisted on a twenty-four hour rule.

Today’s comments were even harsher …

“At the heart of the Iran deal was a giant fiction, that a murderous regime desired only a peaceful, nuclear energy program,” Trump said. “Today, we have definitive proof that this Iranian promise was a lie.”

While Trump was making his announcement, Obama took to social media to defend the agreement his administration negotiated.

“The reality is clear,” Obama continued.  “The JCPOA is working – that is a view shared by our European allies, independent experts, and the current U.S. Secretary of Defense.”

Obama added that the deal “has significantly rolled back Iran’s nuclear program” and that “its inspections and verification regime is precisely what the United States should be working to put in place with North Korea.”

Trump’s move was praised by the hawkish Heritage Foundation, which referred to it as “the right decision.”

“The Iran nuclear deal may be the most poorly designed agreement the U.S. has ever signed,” the think tank’s Theodore R. Bromund wrote last fall in opposing the agreement.  “It gave Iran immediate relief from Western sanctions in return for Iranian pledges of good behavior in the future.  Iran knew that once sanctions were lifted, it would be hard for us to re-impose them. To do that, we need European cooperation, and with Iranian dollars flowing to Europe’s industries, we’re unlikely to get it.”

“The Iran deal destroyed the means by which we could enforce the Iran deal,” Bromund continued.  “It rendered itself unenforceable. That makes it a bad deal.”

“By blowing up the nuclear deal today without offering any clear strategy or plan for an alternative, Trump is opening Pandora’s Box, increasing the risks of escalation and bringing us gradually closer to conflict with Iran,” noted Emma Ashford of the libertarian-leaning Cato Institute.