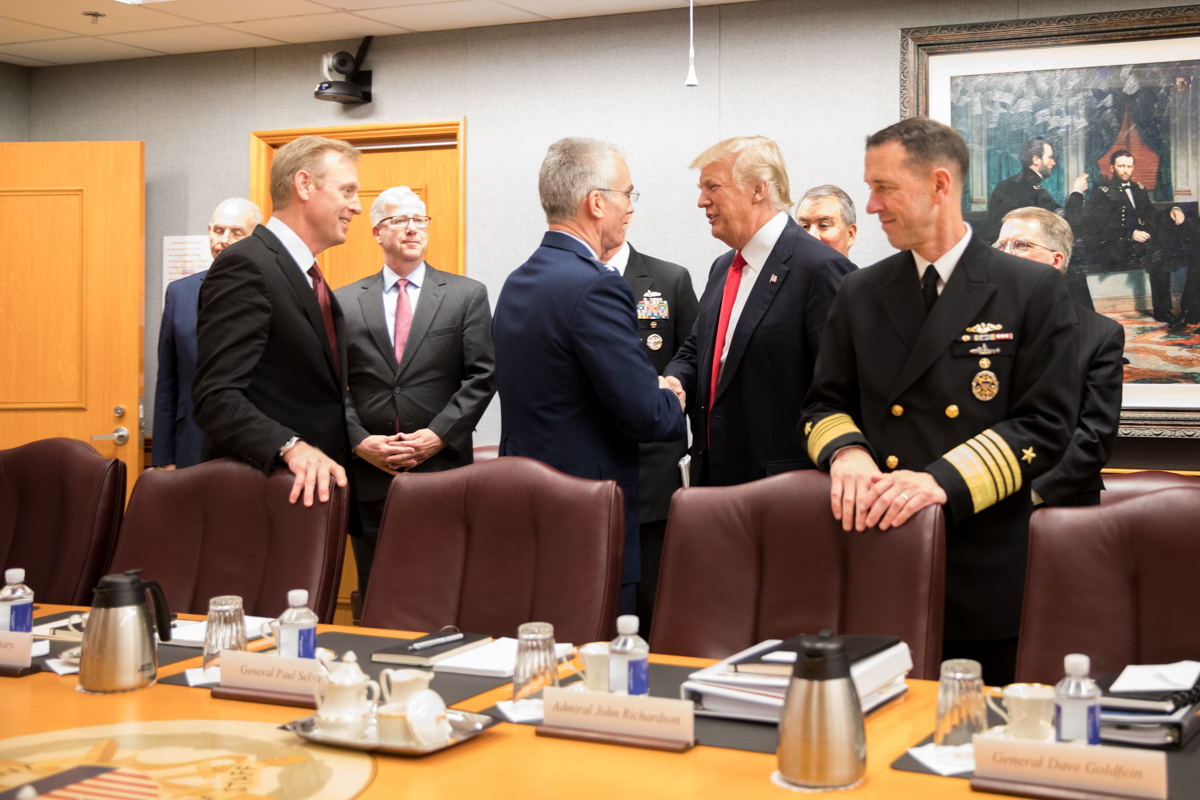 by RON PAUL || On Friday, President Donald Trump signed the omnibus spending bill for 2018.  The $1.3 trillion bill was so monstrous that it would have made the biggest spender in the Obama Administration blush.  The image of leading Congressional Democrats Nancy Pelosi and Chuck Schumer grinning and gloating over getting everything they wanted – and then some – will likely come back to haunt Republicans at the midterm elections.  If so, they will deserve it.

Even President Trump admitted the bill was horrible. As he said in the signing ceremony, “there are a lot of things that we shouldn’t have had in this bill, but we were, in a sense, forced – if we want to build our military…”

This is why I often say: Forget about needing a third political party – we need a second political party!  Trump is admitting that to fuel the warfare state and enrich the military-industrial complex, it was necessary to dump endless tax dollars into the welfare state.

But no one “forced” President Trump to sign the bill.  His party controls both houses of Congress.  He knows that no one in Washington cares about deficits so he was more than willing to spread some Fed-created money at home to get his massive war spending boost.

And about the militarism funded by the bill?  Defense Secretary James Mattis said at the same press conference that, “As the President noted, today we received the largest military budget in history, reversing many years of decline and unpredictable funding.”

He’s right and wrong at the same time.  Yes it is another big increase in military spending.  In fact the US continues to spend more than at least the next seven or so largest countries combined.  But his statement is misleading.  Where are these several years of decline?  Did we somehow miss a massive reduction in military spending under President Obama?  Did the last Administration close the thousands of military bases in more than 150 countries while we weren’t looking?

This isn’t a conspiracy theory.  This is conspiracy fact.  Enemies must be created to keep Washington rich, even as the rest of the country suffers from the destruction of the dollar.  That is why the neocons continue to do very well in this Administration.

While Trump and Mattis were celebrating big military spending increases, the president announced that John Bolton, one of the chief architects of the Iraq war debacle, would become his national security advisor.  As former CIA analyst Paul Pillar has written, this is a man who, while at the State Department, demanded that intelligence analysts reach pre-determined conclusions about Iraq and WMDs.  He cooked the books for war.

Bolton is on the record calling for war with Iran, North Korea, even Cuba!  His return to a senior position in government is a return to the unconstitutional, immoral, and failed policies of pre-emptive war.

Make no mistake: the neocons are back and looking for another war.  They’ve got the president’s ear.  Iran?  North Korea?  Russia?  China?  Who’s next for the warmongers?

Got something you’d like to say in response to one of our stories? Please feel free to submit your own guest column or letter to the editor via-email HERE. Got a tip for us? CLICK HERE. Got a technical question or a glitch to report? CLICK HERE. Want to support what we’re doing? SUBSCRIBE HERE.
Banner: White House