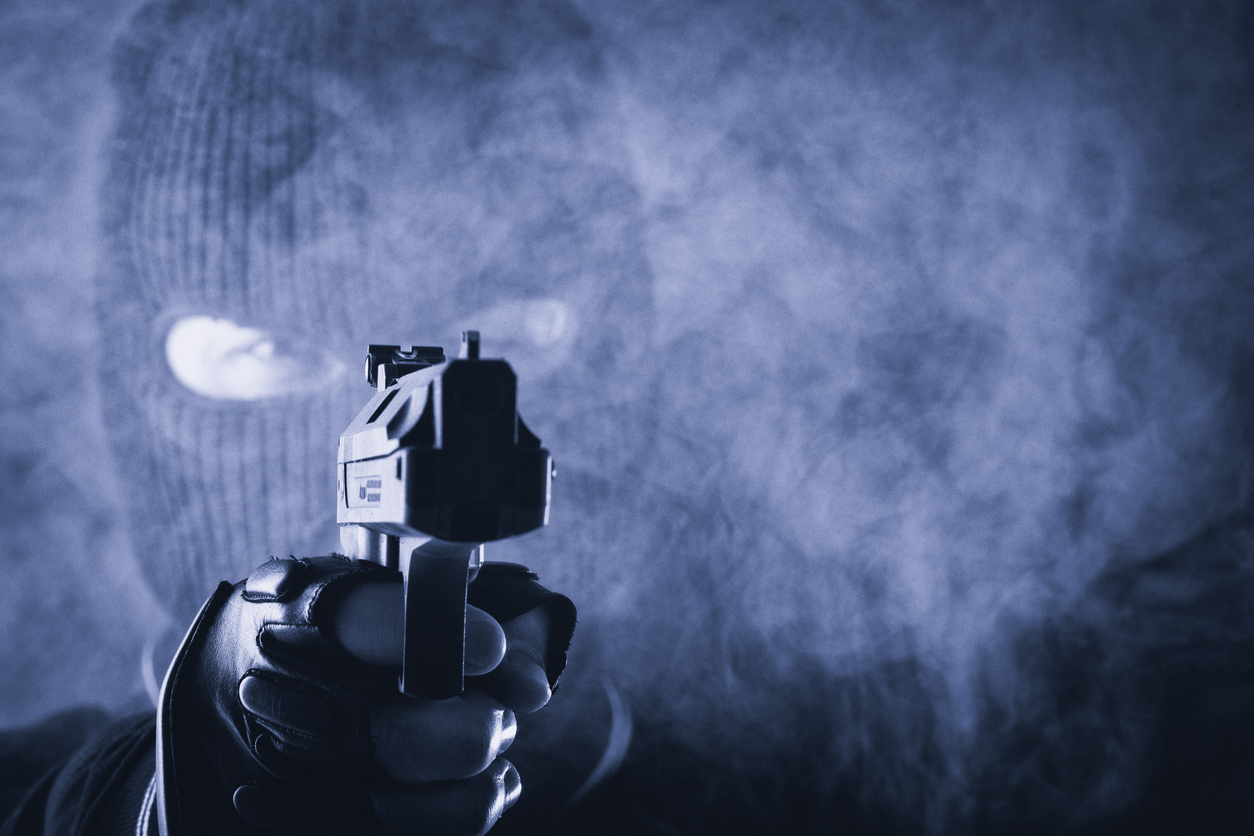 Two incidents that transpired inside a gated community in late January have pulled back the curtain on what could wind up becoming one of the most explosive South Carolina political soap operas of all-time.

Occurring within eighteen hours of each other, these events have set into motion a flurry of legal filings, sensational allegations and political machinations – although most of the fireworks are reportedly taking place within various pleadings that are currently residing behind a judge’s seal.

For now, the only character visible onstage is John McGill – the dashing, successful 38-year-old son of former South Carolina lieutenant governor (and 2018 GOP gubernatorial candidate) Yancey McGill.  A fixture at the S.C. State House, many believed McGill was being groomed to follow in his father’s footsteps as a public official.

Who else might emerge onstage as the curtain retreats farther?  Well, the spotlight certainly appears to be making its way toward McGill’s gorgeous and equally successful wife – 33-year-old business consultant Jenny McGill.

Beyond that, it’s not immediately clear where this narrative might weave as we “lay our fair scene …”

What we do know is sources close to this situation tell us the saga is downright Shakespearian.  And toxic.  And combustible. And careening rudderless toward the public view …

In other words, hang on … because this could be quite a ride.

The first tip related to the drama to come arrived in our newsroom via social media at around 4:53 p.m. EST on Saturday, January 27.

Here’s what we were told …

It all started at 3:30 a.m. he was awake (thank God) and heard them outside. He checked his cameras and saw that his entire back yard and side yards were surrounded by 10 males. Several of them started playing games by beating loudly on the new wing side door, AC units on that side of the house. Fortunately, he (who was in the new wing) has had extensive tactical training, so he didn’t run immediately into the kitchen/ middle of the house. Thank goodness, because the 11th male was standing in the middle of his kitchen armed. While all of this was going on, he was on the phone with his police friend, so units were being called. The minute (his) police friend whispered in his ear that units and swat teams were coming through front gate … all 11 men started running toward (a neighbor’s) house, so we assume they came from 77 on foot. This also means that there must have been another point person at the gate to let them all know police were coming. It became obvious they were communicating via earpieces. SWAT teams completely searched the inside and outside of John’s house and then immediately starting combing our culdesac at around 4:30 am. No one was obtained.

What I want you all to know is that this is very serious! These guys were obviously trained and organized…not your usual crack-heads.

Hours earlier, residents of the Kings Grant community – located adjacent to Interstate 77 next to Fort Jackson – awoke to a condensed narrative based on this version of events.

“Early Saturday morning a home break-in was reported in King’s Grant,” an email from the neighborhood homeowner’s board noted.  “The Board is in communication with the home owner, the police and the entrance guard. More information will be provided.”

Later in the day, another email from the board arrived.

“For the next several nights, City of Columbia police will be patrolling our neighborhood and surrounding areas,” it read.  “Please call 911 if you observe any suspicious activity.”

So … what really happened?

According to a Columbia, S.C. police department report obtained exclusively by this news site, officers were dispatched to McGill’s home in King’s Grant shortly before 4:00 a.m. EST in response to “a possible home invasion.”  Upon investigating the scene, they discovered “no signs of suspicious, criminal activity or forced entry.”  This review included “surveillance footage provide by (McGill)” that “did not show any discernible images of suspects or suspicious activity.”

Nonetheless, according to responding officers McGill “stated that approximately (nine) unknown subjects were at or inside of his residence.”

Police found nothing to corroborate this assertion, however.

“The responding officer along with other units who arrived on the scene cleared the property and residence,” the report stated, adding that McGill, his wife and three young children were determined to be “safe and unharmed.”

Accordingly, officers departed the home at around 5:00 a.m. EST. 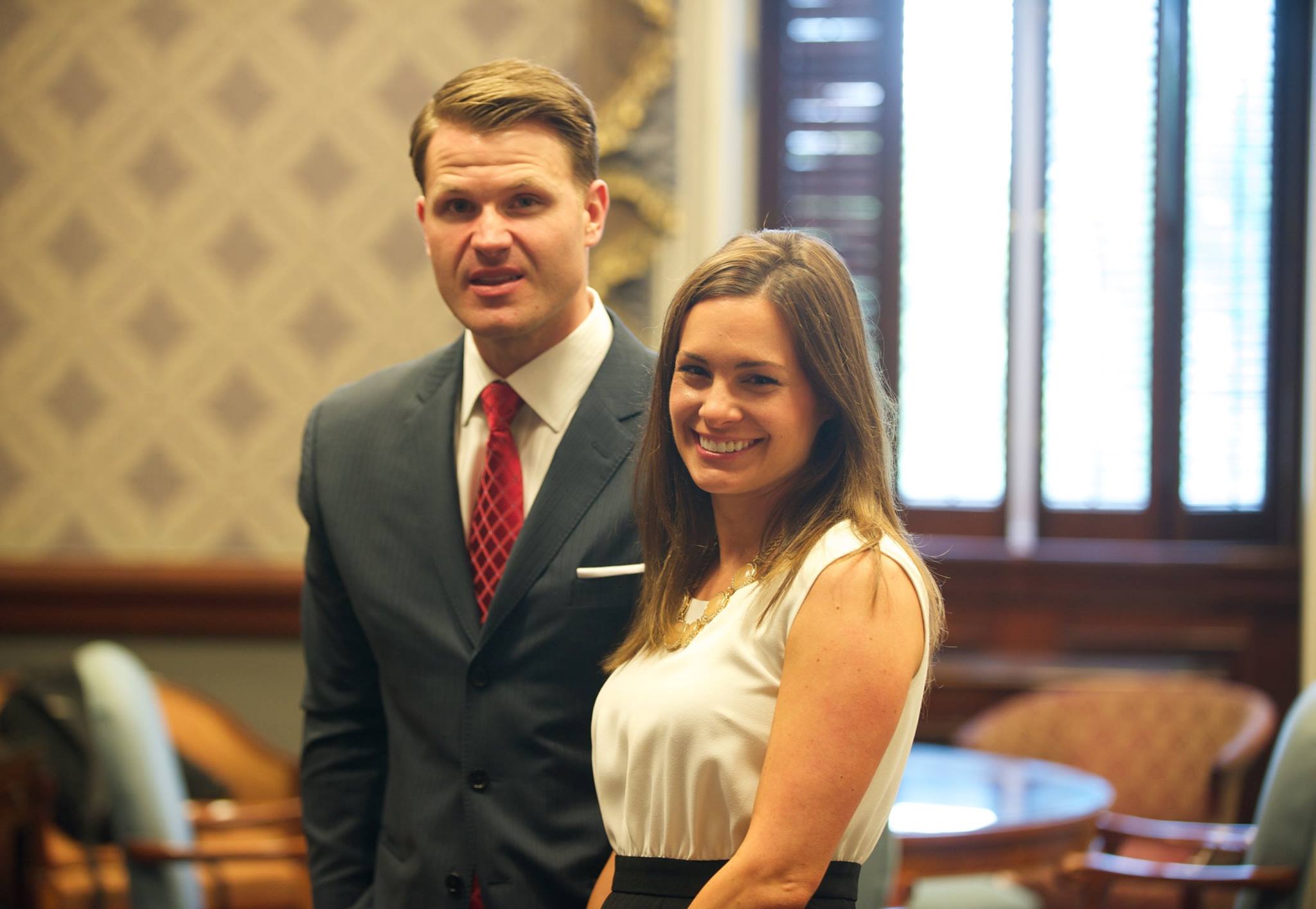 Sixteen hours later, though, they were back.

According to a second Columbia police incident report (also dated January 27), officers returned to McGill’s home at around 9:00 p.m. EST in response to his assertion that “there (was) an unknown individual attempting to make entry into his residence.”

“(McGill) stated that while inside his man cave inside the residence, he heard what he believed to be an intruder and he took cover for safety inside a nearby pantry,” the second report stated.

Armed with one of three weapons discovered inside the residence, McGill “barricaded himself inside the pantry for (approximately) forty minutes.”

At that point, he claimed to have heard a side door to the residence open and “noticed a change of light from under the door in the pantry.”

“Out of self-defense, (McGill) discharged his firearm in the house,” the report stated.

At least six bullet holes were discovered by police inside the residence, although more shots may have been fired.

This time, McGill was alone inside the home.  It’s not clear when his wife departed with the couple’s three young children, but they were not inside the residence at the time the shots were fired.

Thankfully no one (including McGill) was injured in the hail of gunfire.

Once again, police “secured and cleared the residence” and discovered “no signs of forced entry.”  And once again they reviewed security footage to make sure they didn’t miss anything.

In other words, they repeated the same steps they had followed sixteen hours earlier.

“Due to both calls having the same result, EMS was summoned to the scene,” the report noted. “(McGill) … was willingly transported by EMS for evaluation.”

The Board has been in constant communication with the Columbia Police Department since the incident early Saturday morning. We are providing information that is directly from the supervisors in charge of the investigation. We were informed that the police responded to the same address last night. The Sergeant in charge called early this morning to reassure us that the neighborhood was not in any danger. He could not provide further details other than the situation is under control.

So again … what really happened?

We reached out to McGill for his take but he told us he was unable to address the issue at this time.

“I’ve been advised due to the court proceedings involved to refer all comment to my attorney,” he told us.

We did hear from a friend of John McGill’s, who told us the situation was caused by a “terrible reaction” to a drug he took to deal with his depression over marital issues.  The reaction caused hallucinations, the friend told us, including McGill’s belief that a team of snipers was descending upon his residence with the intent of killing him and his family.

“I talked to John the week leading up to the events and he and his wife were having issues,” the friend told us.  “I’d never seen John so down and helpless.  John was given a drug Friday night that ended up being laced with something that resulted in the worst possible situation and only compounded the marital issues.”

“He’s still shaken up about it,” the friend added.  “I can’t imagine unknowingly consuming substances like that.  Had to have been terrifying.  Most everyone I know has ingested a drug at some point in their life, but most of us have been fortunate it wasn’t laced with anything bad.”

We have yet to independently confirm which drug McGill allegedly took – or the substance it was allegedly laced with.  No mention of it was made in either of the police reports, and McGill was never charged in connection with either of the incidents at his home.

According to our sources, there is considerable detail about these incidents contained in court filings related to the “proceedings” McGill referenced.  This news site is endeavoring to verify and publish those filings as soon as possible.

“The documents are explosive,” one source told us.

Unfortunately, they are currently under seal … per an agreement reached by both parties, we’re told.

Stay tuned.  As our headline indicated, this is obviously the first installment in a series of posts related to this situation.  And to be clear, we have absolutely no idea where any of it is headed.

As we often say, “developing …”