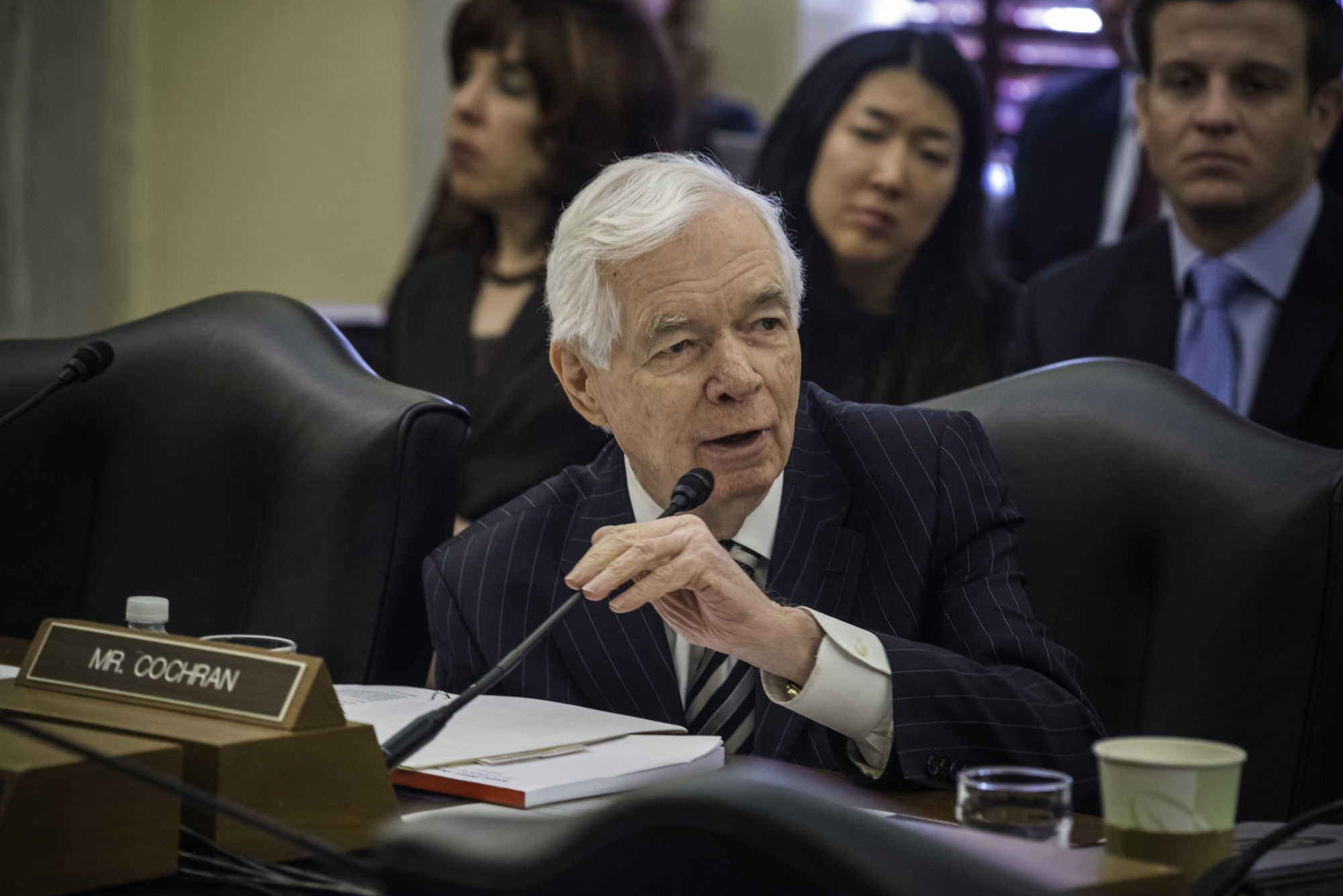 This news site has zero use for fiscal liberals who masquerade as “Republicans.”  Nor do we have any use for “Republicans” who get elected by Democrats.

Accordingly, we have zero use for U.S. senator Thad Cochran – who narrowly won a seventh term in Washington, D.C. back in 2014 thanks to the support of Mississippi Democrats.

Why did they back him?  Because he consistently supported the policies of former U.S. president Barack Obama, that’s why.  In fact Mississippi “Republicans” actually censured Cochran in 2013 for his habitual caving to the Obama administration.

“When any official continues to engage repeatedly in a course of conduct that violates fundamental principles of the Mississippi Republican Platform, even after such actions have been publicly called to his attention, it is the responsibility of all Republicans, including this body, to take such remedial measures as are reasonably available to them,” the resolution stated.

This week, some good news.  The 80-year-old politician announced he would resign from the U.S. Senate effective April 1 – citing health concerns.

“I regret my health has become an ongoing challenge,” Cochran said in a statement.

We don’t wish poor health on anyone.  And Cochran has been struggling for months with a variety of ailments.

We hope he recovers … but we’d be lying if we said we would miss him in the Senate.

Cochran is the chairman of the U.S. Senate appropriations committee – a post he’s held since 2015.  With his impending retirement, the gavel will pass to another aging Dixie lawmaker, 83-year-old Richard Shelby of Alabama.

Meanwhile Cochran’s retirement will set up a special election for the remainder of his current term, which was set to expire in January of 2021.  Per Mississippi law, GOP governor Phil Bryant will appoint an interim replacement for Cochran pending the outcome of a November special election.

Establishment “Republicans” in Washington want Bryant to appoint himself, but so far he doesn’t seem inclined to do so.

Of interest?  This special election will be a nonpartisan “free for all” – one in which candidates of all parties participate in the same race.  If no candidate receives a majority of votes on the first ballot, the top two finishers would face each other in a runoff election – regardless of their party affiliation.

In other words things could get crazy … especially considering there’s a GOP primary already underway for the state’s other U.S. Senate seat, held by establishment “Republican” Roger Wicker.

We don’t have any specific candidates to commend to the attention of Mississippi voters.  We just hope they choose two people capable of restoring some semblance of sanity (especially fiscal sanity) to Washington, D.C.