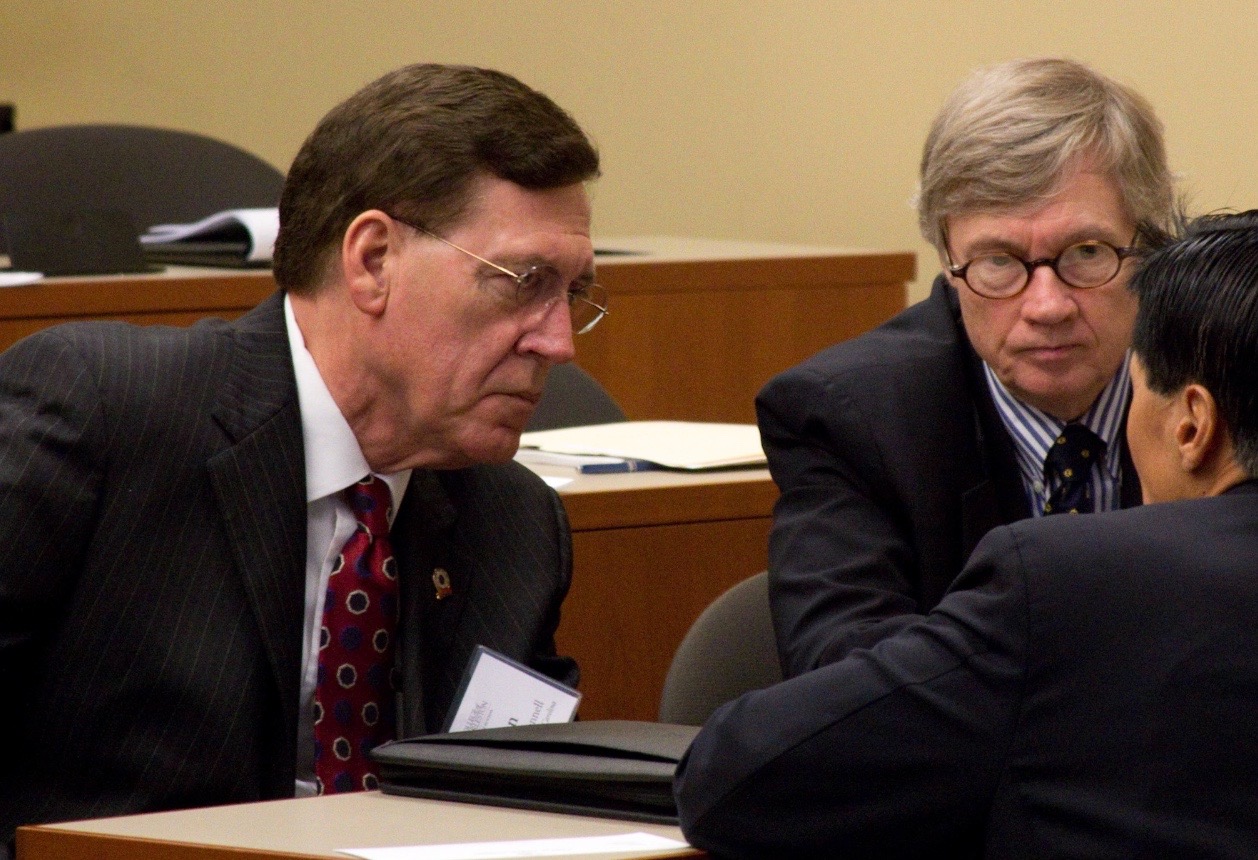 The 70-year-old politician claimed he was stepping down for health reasons, but his announcement immediately fueled speculation of his possible proximity to #ProbeGate, an ongoing investigation into corruption in state government that has ensnared many of his political intimates.

“My age and health played a significant role in this decision,” McConnell said in a statement released by the school. “Over the past two months, I have taken a hard look at the challenges ahead as well as my physical abilities and energy long term to do this job and to meet other responsibilities I have at the same level as in the past.  I have concluded that I should retire.”

“I did not come to this decision lightly, but I know in my heart that it is the right thing to do,” McConnell added.  “As an alumnus of the College, I love and respect this great institution and its people too much to not give the energy needed and my full and undivided attention every single day in the years ahead, especially as we approach the 250th anniversary of our founding.”

A rabid neo-Confederate, McConnell was a hugely controversial choice to lead the college four years ago considering his name was not on the list of candidates originally recommended for the post.  He got the job thanks to legislative strong-arming and an eleventh-hour backroom deal with former S.C. governor Nikki Haley.

This news site stridently opposed McConnell’s ascension to this post – citing his support for wasteful spending on a whole host of non-core government functions (including the appropriation of millions of dollars toward the Confederate submarine H.L. Hunley).

“In addition to his history as a fiscal liberal who has blown millions of tax dollars on his Confederate obsessions, McConnell has no academic experience,” we noted at the time.  “Gotta love how South Carolina works, right?  Decisions get made on the basis of everything except their merits.”

Last March, this news site reported exclusively that taxpayer expenditures related to the Hunley submarine were part of #ProbeGate – an investigation that has drawn a bead on the corporate and political interests represented by Richard Quinn, McConnell’s longtime ally.

As we reported at the time, Quinn’s political consulting firm made millions of dollars off of this submarine and the “non-profit” organization managing its destiny.

Friends of the Hunley – which has received millions in tax dollars from the S.C. Hunley Commission – paid Richard Quinn and Associates at least $2.7 million between 2003-2015.  Most of that money – an estimated $2.5 million – was earmarked for “public relations” work, according to federal nonprofit tax returns.

Of interest?  S.C. governor Henry McMaster – also a longtime client of Quinn – issued an opinion in October 2004 in his capacity as attorney general of South Carolina rubber-stamping the arrangement that led to this windfall.

“It is our opinion that the Hunley Commission possesses the power to create the nonprofit corporation known as the Friends of the Hunley to further its statutory duties to provide for the recovery, excavation and conservation of the Hunley,” McMaster’s opinion stated.

The lawmaker who requested the opinion?  McConnell …

Elected to the State Senate in 1980, McConnell was president of the chamber from 2001 to 2012 – the first GOP “Lost Decade.”  He “ascended” to the office of lieutenant governor in March of 2012 after Ken Ard resigned prior to pleading guilty to ethics violations (Ard’s prosecution has since come under fire for potential political motivations tied to Quinn).