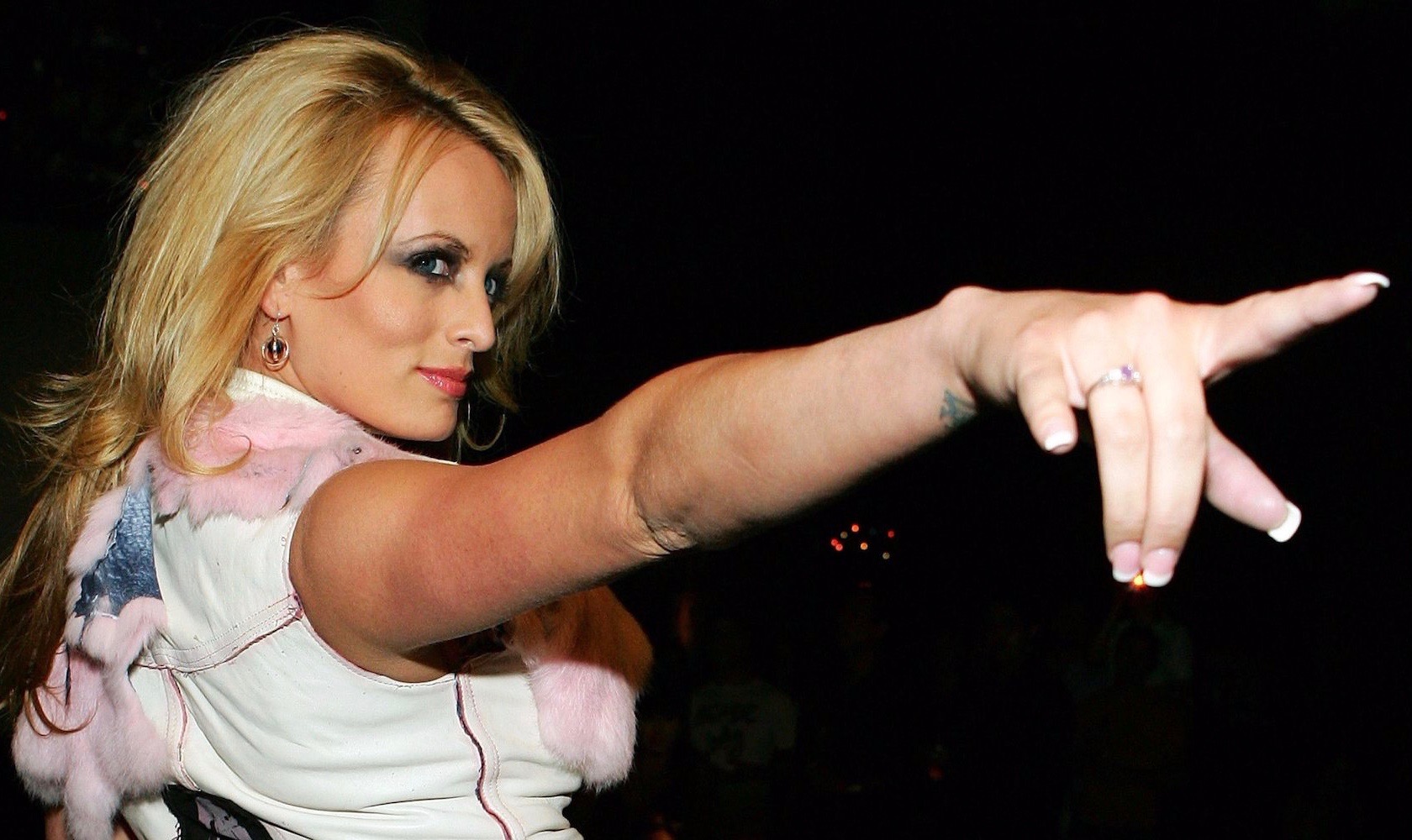 “He saw her live. You can too,” one poster promoting the event proclaimed, featuring a picture of Trump and the 38-year-old adult actress together. 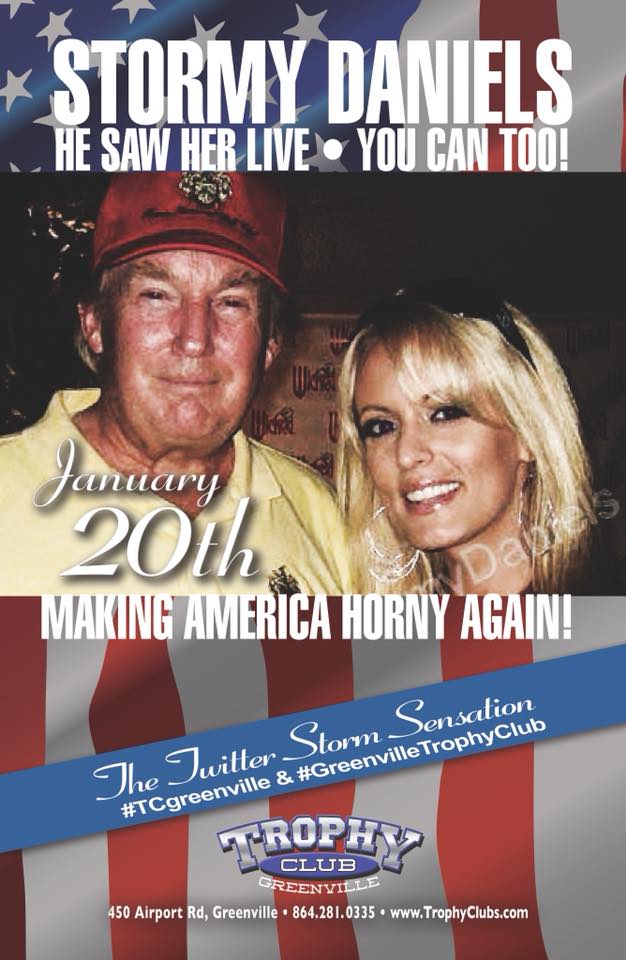 A video featured by the club says Daniels will be in Greenville for a “one-night performance.”

Daniels has denied having sexual relations with Trump, however she gave an interview to InTouch magazine in 2011 detailing their alleged affair.

Why admit it to an affair then and deny it now?

According to The Wall Street Journal, Trump attorney Michael Cohen negotiated a $130,000 payment to Daniels a month before the 2016 presidential election as part of a nondisclosure deal that barred her from discussing anything related to Trump.

Interested in seeing Daniels for yourself?  The Trophy Club is located at 450 Airport Road in Greenville.

That’s less than a mile away from the resort where Trump appeared last October for a fundraiser for incumbent “Republican” governor Henry McMaster.