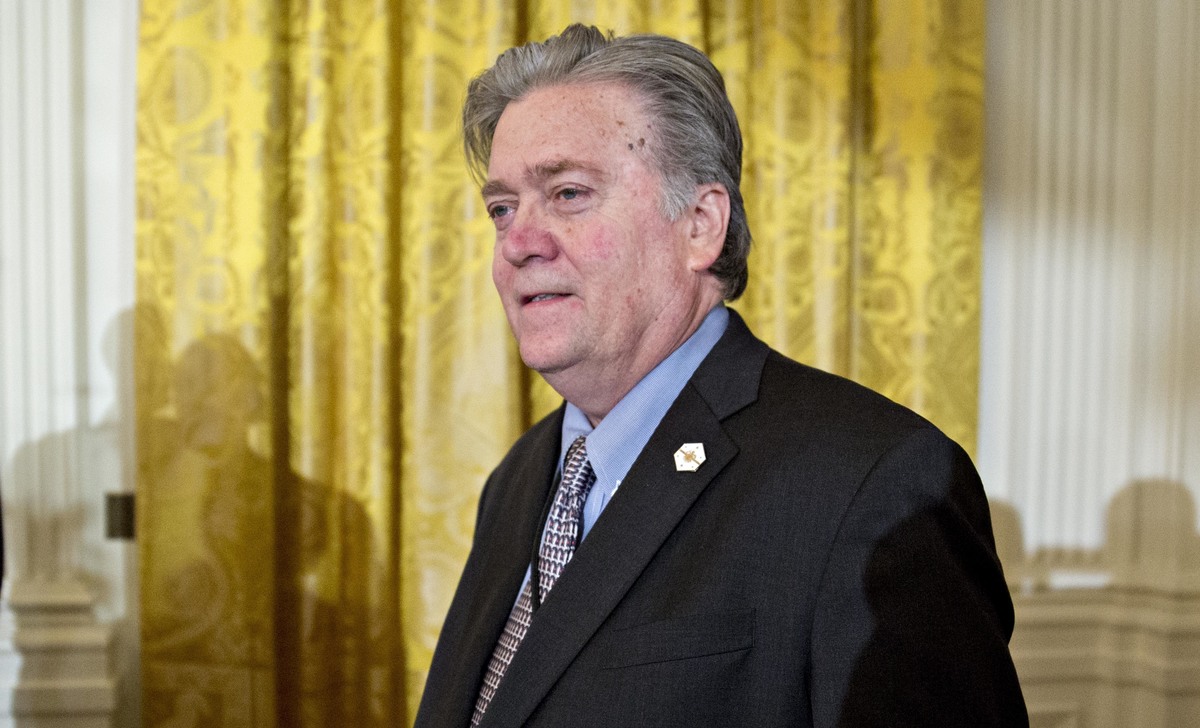 “It’s time for us to get angry again,” Bannon told attendees at the Citadel Republican Society’s annual Patriot Dinner. “November 8th is just one day. We have to work every day on this.”

Bannon’s visit – news of which was first reported by this site – sparked considerable controversy.

Democrats derided him as a white supremacist and slammed The Citadel – South Carolina’s government-run military college – for providing him with a forum for his views (even though the school wasn’t technically involved in hosting the Bannon event).

Bannon’s visit also sparked major jealousy on the part of “Republicans” running for governor in South Carolina after one GOP candidate – Catherine Templeton – got a jump on the event. 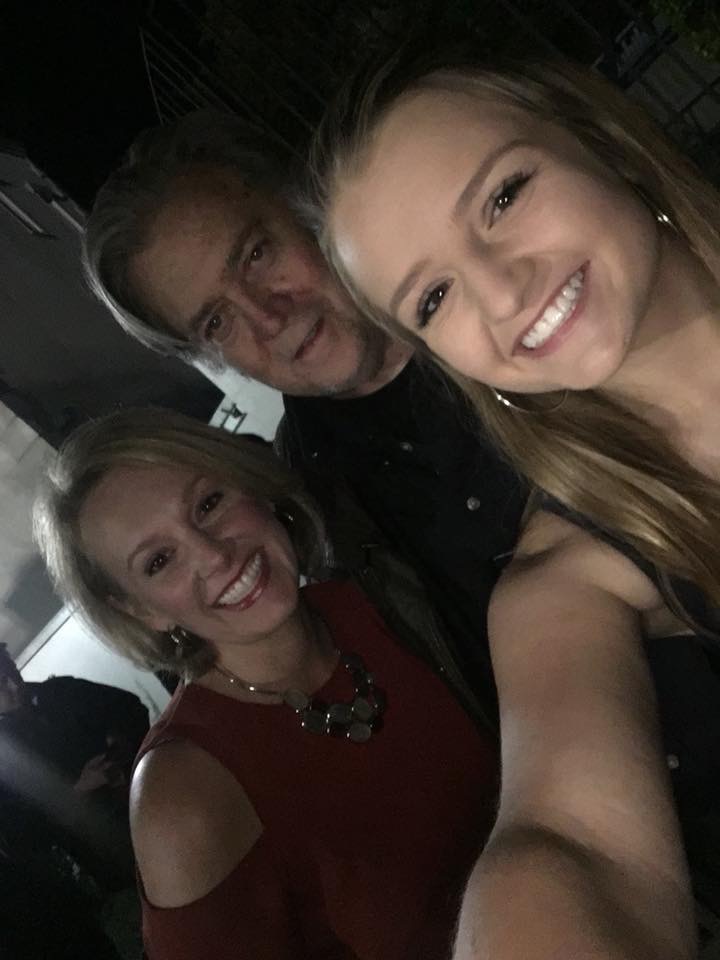 Templeton (above, left) took heat from Palmetto State Democrats when it was announced she would be introducing Bannon at the event.  Democrats weren’t the only ones fuming, either.  “Republican” governor Henry McMaster reportedly “lost his mind” when informed of the arrangement.

McMaster arrived late to the event and was forced to watch Bannon’s speech from the back of the room – listening as he gave several “shout-outs” to Templeton and S.C. lieutenant governor Kevin Bryant, who is also seeking the GOP nomination for governor.

Bannon’s remarks made no mention of McMaster – who requested (and received) permission from event organizers to address the crowd following Bannon’s speech.

“I’ve heard two people talk like that,” McMaster said.  “One is Steve Bannon, and the other is Donald Trump!”

McMaster then reminded event attendees that he endorsed Trump during the pivotal 2016 “First in the South” presidential primary – and that Trump recently came to Greenville, S.C. to hold a fundraiser on behalf of his flagging gubernatorial campaign.

Prior to the Citadel GOP event, Templeton and Bannon appeared together at a black business roundtable – quite the curious addition to the itinerary of someone castigated by the mainstream media as an unrepentant racist, right?

“Minority entrepreneurs are the biggest customers of community banks,” Bannon told the group, according to reporter Meg Kinnard of The Associated Press – who was granted exclusive access to the event. “And you know why they didn’t get recapitalized? Because nobody cares. When it comes time to make the deals, you’re not in the room.”

“Isn’t it time for your piece?” Bannon asked the black leaders.

Bannon got a warm welcome from the group, (and) a resounding “Amen!” from members when he explained that his concept of “economic nationalism” has nothing to do with ethnicity or race but rather for policies that advance opportunities for its citizens.

The demographic blindness of true free market reform is just what this news site has been touting for years … especially following the recent outbreak of racial violence in our country.

“President Trump said, to black people, vote for me, what do you have to lose?” one black business leader told Bannon. “That’s what we’re waiting for.  Who else do we need to put there?  Just tell us, and we’ll get them there.” 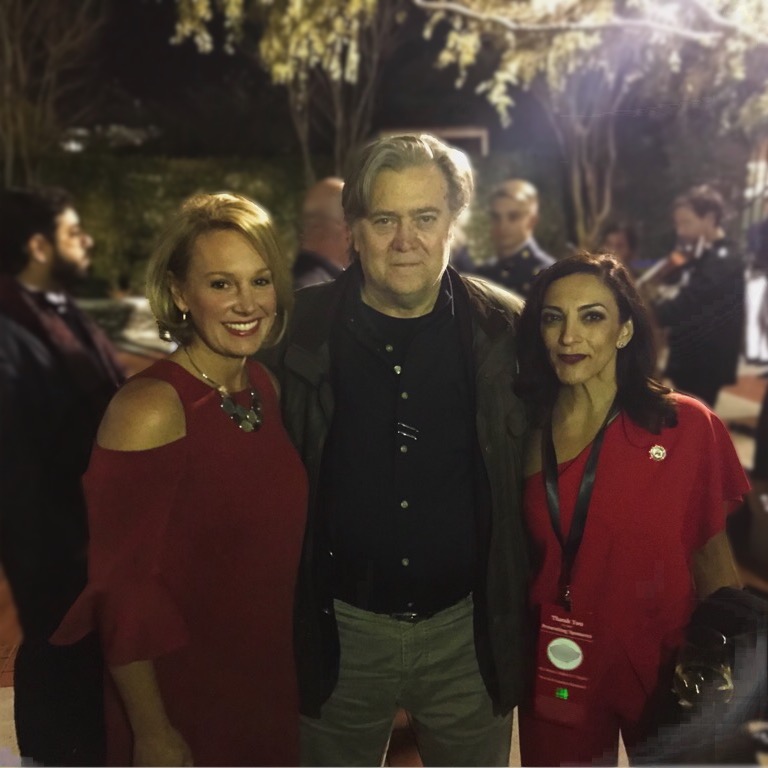 Arrington (above, right) has been generating considerable buzz within Palmetto political circles – and among several top Trump officials in Washington, D.C.  If the White House gets on board with her campaign, Sanford – who is exceedingly vulnerable on multiple fronts headed into next spring’s GOP primary – could find himself in even more trouble.

Bannon, 63, of Norfolk, Virginia took over Trump’s 2016 candidacy last August and helped propel the real estate mogul to a history-making upset over Democratic nominee Hillary Clinton.  After Trump’s victory, he was named chief strategist to the president.

No fan of Washington insiders, Bannon proved unable to operate within the Beltway environment, though – as Trump’s agenda was repeatedly sabotaged by “Republicans” on Capitol Hill (and by establishment forces within his own administration).

Bannon left the White House in August and reassumed his position atop the conservative media empire.  In that role, he’s becoming the leading advocate for replacing fiscally liberal “Republicans.”  In fact, Bannon has vowed to recruit primary challengers to every incumbent “Republican” U.S. Senator – except for Ted Cruz of Texas.

Establishment leaders in Washington – including wildly unpopular Senate “majority” leader Mitch McConnell – have declared open warfare against Bannon.  Just last month, The Washington Post reported that McConnell’s Senate Leadership Fund (SLF) was making plans to “highlight Bannon’s hard-line populism and attempt to link him to white nationalism to discredit him and the candidates he will support.”

In other words the same line of attack liberal Democrats threw at Bannon during his South Carolina visit.

The group “plans to spend millions” attacking Bannon in an effort to defend liberal GOP Senators.

Our view?  This news site has always written favorably in regard to Bannon in the past … and we support his efforts to oust “Republicans” in Washington who refuse to stand for freedom and free markets.