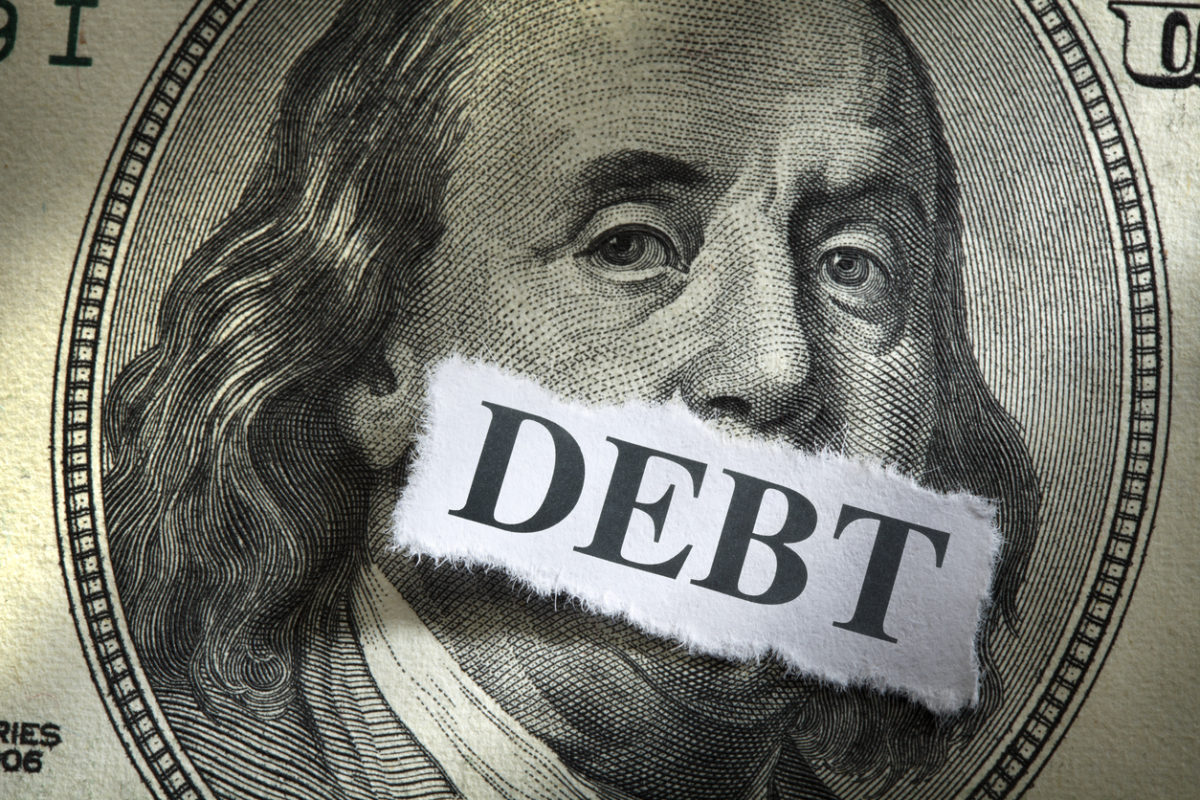 By Dimitri Cherny || Congressmen Mark Sanford came out with his “penny plan” for balancing the federal budget a few weeks ago.

Like people making “end of the world” predictions that never come true, Mark Sanford has for decades been using the national “debt” and the “balanced budget” as distracting fear tactics to get into and stay in office.  Once in office Mr. Sanford has used the myth of the balanced budget as justification to reject and vote against federal programs needed by a majority of the hardworking citizens of the Lowcountry, but not needed by his big money donors.  The federal “debt,” like former president Barack Obama coming for our guns, is a fabricated false issue.

Let me explain: If the payments on the debt were really a problem, if a decrease in the value of the dollar were really going to happen, if an economic collapse were really imminent, if Obama was really going to come for our guns, don’t you think all that would have happened when the “debt” nearly doubled from $10 trillion to $19 trillion in the last few years?  Yet the stock market is stronger than ever, the dollar is stronger than ever, unemployment is about as low as ever, and we still have our guns.

The reason we are not collectively struggling under a 19 trillion dollar “debt” is because the federal “debt” is nothing like your debt or my debt, our city’s debt, South Carolina’s debt, or even Greece’s debt.  You and I, our cities, our state and even Greece are all users of a currency – the US dollar for us, Euros for Greece. The US federal government, our government of-the-people, and every sovereign government in the world is the issuer of their own currency, (Greece gave up their monetary sovereignty when they joined the Euro zone).  As issuers of their own currency, those countries can never run out of that currency, and do not need to “borrow” that currency to pay the bills.  The US federal “debt” is simply the accumulated count of the new US dollars issued by the US Federal government and not taken back via taxes, starting the count when Lincoln created the greenback in 1863.

More US dollars are created every time the federal government pays its bills – pays federal workers, soldiers, coast guard, pays veterans benefits, buys fighter jets or bombs, pays for federal research, highways, etc.  US dollars are taken back by the federal government every year when taxes are collected.  The right amount of currency left in circulation for a country is dependent on the number of citizens, the population growth rate, the cost of living, the quality of life, and the target inflation level (yes, a little bit of inflation is good).  In general, if more people live in a country every year, more new dollars should be left in the economy every year to ensure enough are available for everyone to use.  A “balanced budget” would ensure no new dollars were left in the economy every year – the roughly four trillion of annual federal spending would all be taken back as four trillion of annual federal taxes – balanced.  So our growing population would have to fight over just the 19 trillion US dollars that are out here now – less than $60,000 for each of us this year, less and less to go around in subsequent years as the population continues to grow and the number of dollars don’t.  If you think we have a wealth inequality problem today, try a few years of no new dollars in the economy via a balanced budget.  Have you been to India?

Worse yet is any plan to pay off the “debt” which would steadily remove ALL 19 trillion US dollars from the economy leaving us fighting (and killing and dying) over fewer and fewer dollars every year.  Who would win in a “Hunger Games” world like that?  The bankers will win, and they’ll be happy to always lend us more dollars, with interest, then take our stuff and sell it cheap when we can’t make the payments.  And THAT explains who is behind the “debt” misinformation and who promotes the myth of the balanced budget – bankers.

Every monetary economist and many high-level Wall Street bankers know all those facts (and many get filthy rich off them).  Many people in Washington know those facts but hesitate to speak them because the myths are keeping them in office and making them rich (but steadily destroying our civilization).  Either Mark Sanford knows these facts but still chooses to use the fear of the federal debt and the myth of the balanced budget to get votes, eager to live in a world as unequal as the Hunger Games, or he’s ignorant of the way sovereign currencies and economics work. Do we want either a hypocrite, an elitist, or a monetary economic ignoramus representing us in Congress and making decisions which impact all of us?

Decisions made in Washington have real-world impacts on the lives of people in the Lowcountry, the entire US and the rest of the world.  With so many ways people could be helped by Washington – instituting a living wage, creating universal single-payer healthcare, improving public education, preparing for rising seas, supporting women’s reproductive liberty, strengthening Social Security, providing better veteran support, getting money out of politics – shouldn’t we have an elected representative who helps the majority of his constituents have better lives?

My conversations with people around the Lowcountry indicate we’re tired of a representative who peddles ignorance and fear to stay in office and then blocks all efforts at making the lives of hardworking Americans better.  Send me to Washington and I’ll fight for Economic Justice for all hardworking Americans and help ensure a good future for all our kids and grandkids.

Dimitri Cherny is a “proud progressive” who is running for South Carolina’s first congressional district.