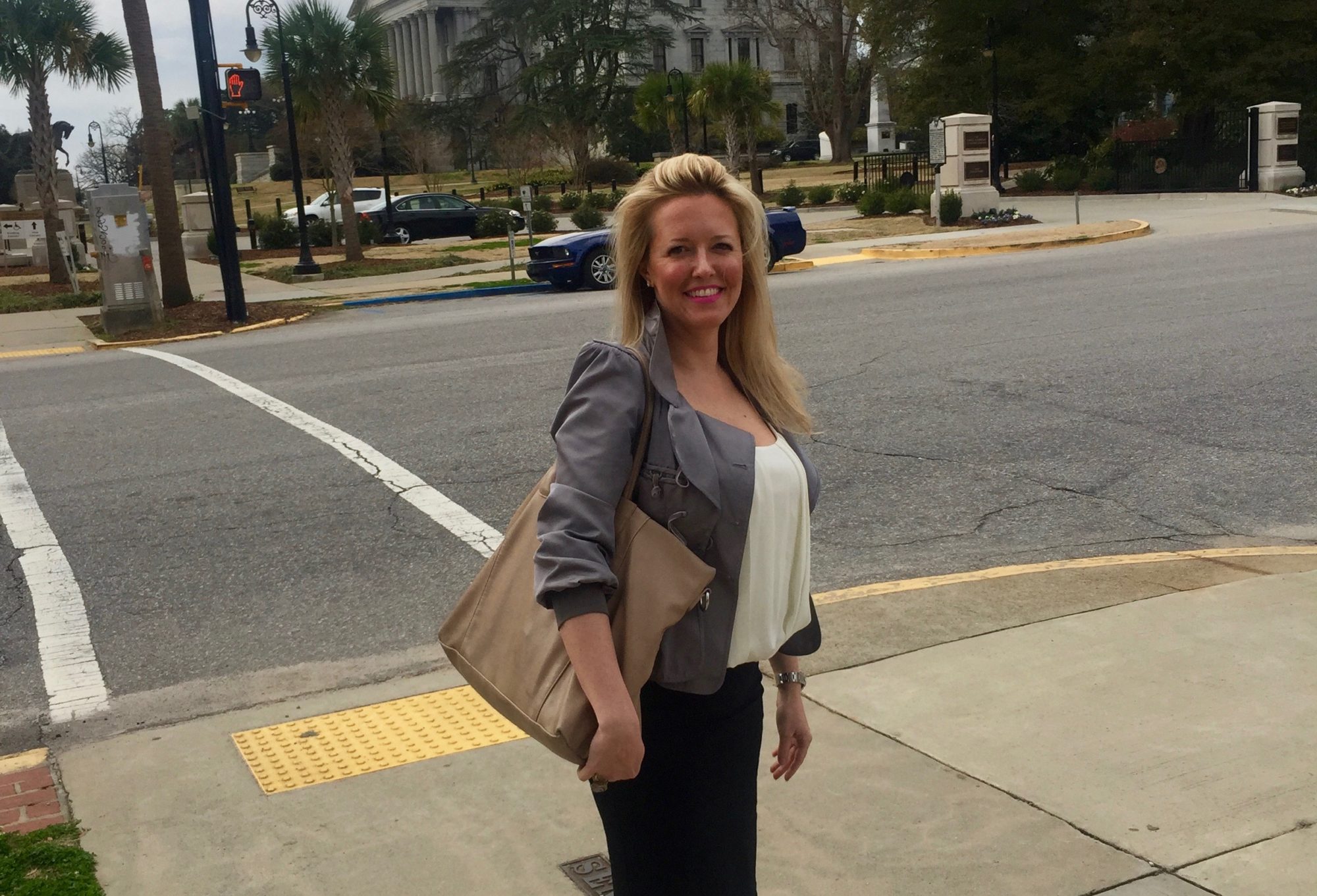 Is a new reality show coming to South Carolina?  According to our sources, Lowcountry mental health expert Dr. Sarah Stuchell has been pitching a promising new program to several production companies.  Presumably as part of that effort, Stuchell was spotted filming in downtown Columbia, S.C. with local videographer Wade Sellers recently.

Is a “sizzle reel” in the works?

Stuchell runs the Marriage and Family Research Institute (MFRI) and has a private practice in Beaufort, Hilton Head Island, and Bluffton.  We’re told her show will be set in the Beaufort/ Hilton Head area and will center around Stuchell’s practice, patients, and personal life.

So … is this a real life spin off of the Netflix original series, Gypsy?  But with a much hotter lead character and real-life material?

Stuchell has a history of treating patients with addiction, substance abuse and sexual/ relationship issues, so the show could be similar to the A&E hit show Intervention. However, Stuchell critiques that show as being superficial – lacking the ability to portray the healing and therapeutic process she hopes to demonstrate as part of her program.

Spelunking into her background, Stuchell has a history of attracting some pretty interesting (and famous) friends and followers.

We noted that she has links to U.S. Treasury Secretary Steve Mnuchin’s wife, Louise Linton – her little sister in the Kappa Alpha Theta sorority.  We further noted she has worked at some of the most prominent drug and alcohol treatment centers in America.  In fact, we discovered that she hired and trained nurse Amanda Bruce, best-known for admitting that she had unprotected sex with actor Charlie Sheen despite knowing he was HIV Positive.

Can the drama get any better than Linton, Mnuchin, Bruce and Sheen?

When we contacted Stuchell and inquired as to her reasons for being in the capital, she was cryptic and told us “I’d love to normalize and bring to light mental health issues, even though most people don’t
even know they have them.”

As part of his ongoing effort to bring diverse perspectives to this website, FITSNews founding editor Will Folks extended an invitation to Stuchell to write a regular column on mental health, addiction and relationship issues.

We’ll let you know what she says …

Remember, this website was the first in the nation to break the news of Southern Charm, a reality television program that recently completed its fourth season on Bravo TV.  Also our founding editor – who made a brief cameo on the series premiere – is the one who hooked up the show’s two stars, ex-politician Thomas Ravenel and model Kathryn Dennis.