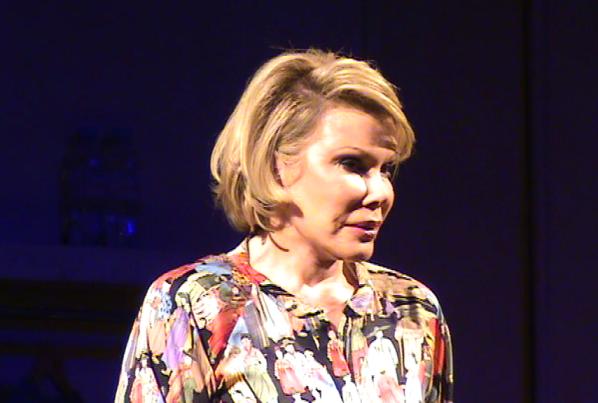 ASPIRATIONAL FIGURE REFUSED TO BE OFFENDED

By Mande Wilkes || When news broke that Joan Rivers was on life support, I blasted the following message on social media: Praying Joan kicks the bucket; I’m her official replacement!

Offensive?  Sure … unless you’ve watched her wryly rip to shreds celebrities, heads of state, and everyone in between.  Joan, from somewhere deep in the recesses of her vegetative mind, was surely laughing (or at least smiling) at my droll wink to her legacy.

Starting from the age of about twelve, my answer to “what do you want be when you grow up?” was … Joan Rivers.  And still, she’s what I want to be when I grow up.  Even in her old age, she was aspirational for me: A Boca-esque old yenta with a lot of botox and no tact and a penchant for Yiddish slurs.

What set her apart was her willingness to make fun of absolutely everyone.  Even her close, personal friends in fashion and media were not off-limits.  If you wore something ugly, or said something dumb, or starred in a boring movie, or gave an over-the-top inaugural address … Joan was right there to deliver a swift kick in the pants and a biting quip.

It was refreshing – especially in today’s atmosphere of sequestered and self-selected media, where people tune in only to hear their views mirrored.  Can you imagine Stephen Colbert or Jon Stewart making fun of their allies?  They don’t, and they won’t.

Even Joan herself wasn’t off-limits to Joan, as she was often on both the giving and receiving ends of her jokes.

She didn’t take herself seriously, at all.  There’s nothing funnier – or more aspirational – than a woman who refuses, in spite of herself, to be offended.

Delete The U2 Album?

Another Day, Another Data Breach