South Carolina State Representative Eric Bedingfield announced his intention to resign from the Palmetto State’s House of Representatives next year.

“There is a season for everything,” Bedingfield wrote in announcing the move on his Facebook page.

Bedingfield says he is stepping down on January 18, 2018 to become director of government affairs at Greenville Technical College, part of the state’s taxpayer-subsidized system of “higher education.”

That’s a surprising post for a fiscal conservative to take …

According to a letter sent to S.C. speaker of the House Jay Lucas, Bedingfield said his reason for staying on through next January was to finish “the important work of the House Opioid Abuse Prevention Study Committee.”

“I know that the follow up work that will come from our findings and discoveries will be in the very capable, dedicated hands of my fellow committee members and the House as a whole,” Bedingfield wrote in his letter to Lucas. 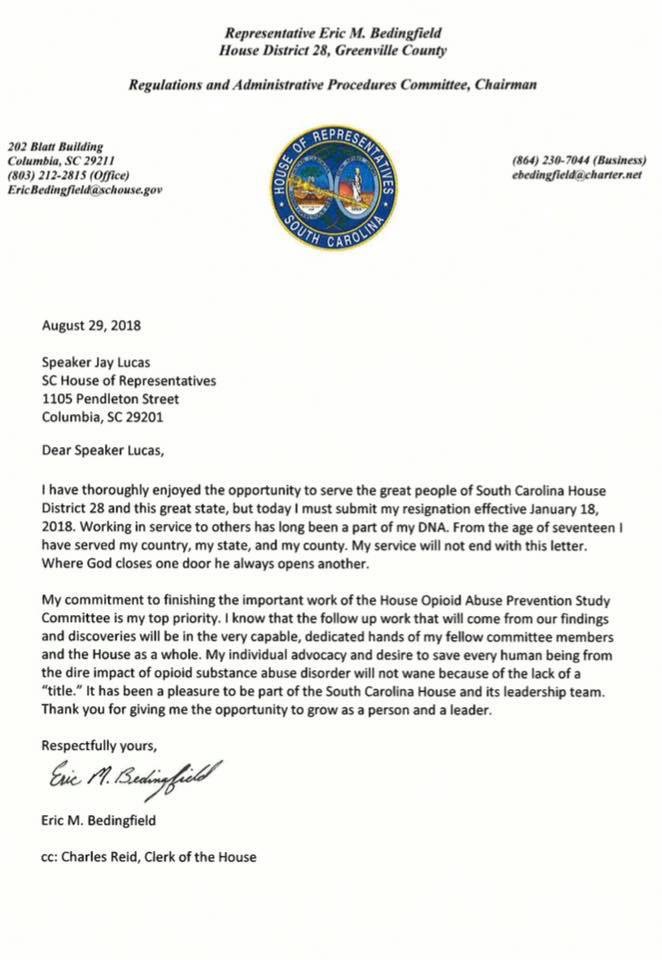 While Bedingfield will remain in office through next year, we’re told his letter to Lucas signaling his intention to step down is enough to trigger a special election for S.C. House District 28 (map) – which he has represented for the past decade.

Leaders in the S.C. House of Representatives and at the S.C. State Election Commission (SCVotes.org) both confirmed that the special election for Bedingfield’s seat would be held on January 16, 2018.

Ordinarily we’d be swift to criticize a state lawmaker for stepping down to take a job like this, but in Bedingfield’s case he’s accumulated quite a bit of capital when it comes to watching out for taxpayers’ bottom line.