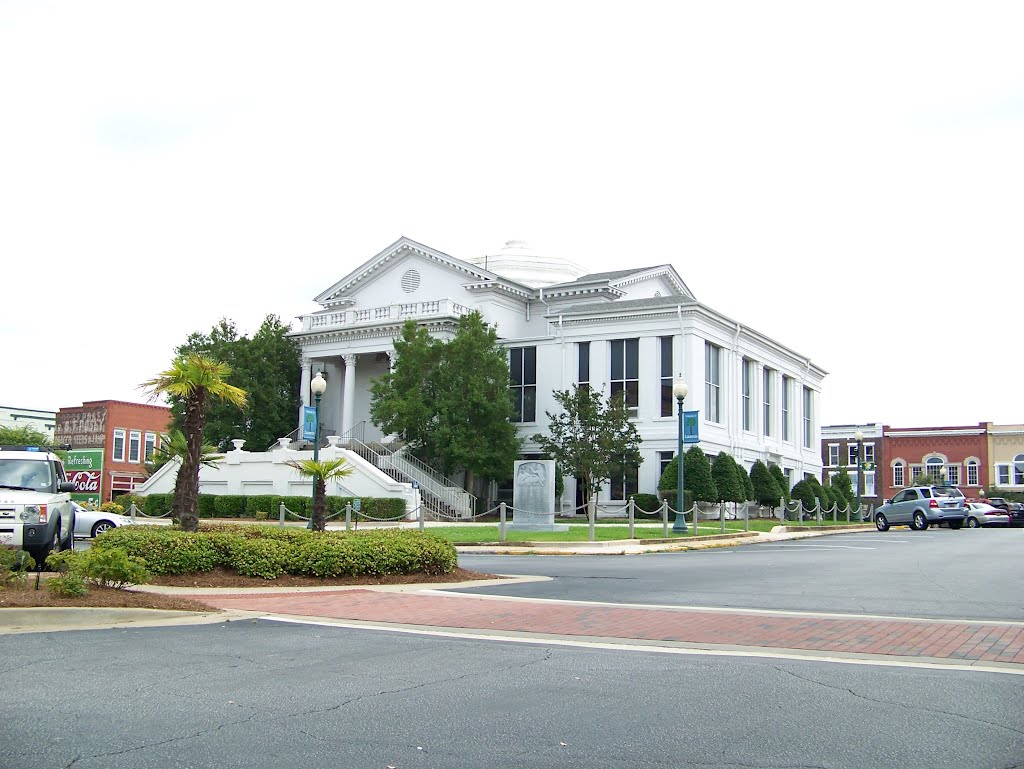 Tensions exploded in Laurens County, South Carolina this week after a citizen advocate was demonized for voicing her objections to rampant fiscal mismanagement on the part of county council – including an infamous “phone line to nowhere” costing taxpayers $3,300 per month.

Brenda Stewart – a 25-year resident of Clinton, S.C. – addressed county council members this week regarding the phone line issue and several other issues of concern (including lax attendance on the part of council members).

“We want county council to be proactive in looking for new and
more efficient ways to provide required services in the county,” Stewart told council members.

She previously addressed her concerns in a letter to the editor of a local newspaper.

These criticisms did not go over well …

“I would advise you that the next time you write a letter to the public with criticism of the council that you check out the information that that ‘little bird’ fed you or wrote for you is full of accurate information,” Wood angrily remarked.

Stewart rose to respond to this allegation but was told to “sit back down.”

“You’ve already said what you wanted to say,” Wood told her.

On multiple occasions, Wood insinuated that the “little bird” allegedly feeding Stewart information was none other than Laurens County councilman Stewart Jones.

Jones erupted at that suggestion.

“This is a joke,” Jones said, rising from his seat and banging his fist on the table. “This is a joke.  I’m not listening to this.  I’m not paying taxes to you. I’m not dealing with this.”

Things got so heated at one point that Wood ordered Laurens County sheriff Don Reynolds to remove Jones from the chamber.

The full meeting can be viewed here, with the drama beginning shortly after the forty minute mark …

Stewart told us Wood’s actions toward her and other critics of county council was “disrespectful” and part of an effort to “redirect the public fury” over the $3,300 phone line to nowhere.

“This, because we have questions and concerns that were professionally communicated,” Stewart told us. “Who do they work for again? Oh, yeah – that’s right, the taxpayers.”

Meanwhile we condemn Wood for his thin-skinned response.

If local governments in South Carolina are ever going to serve their citizens (instead of themselves), then they need to start listening to concerned citizens instead of attacking them.