Multiple sources at the Ridgeland Correction Institution – a South Carolina Department of Corrections (SCDC) facility located in Jasper County, S.C. – are confirming a recent incident at the prison that raises fresh questions about the “leadership” of the Palmetto State’s scandal-scarred prison system.

We’re also hearing from several local law enforcement officials who are furious over how this incident – and specifically a related “wild goose chase” – unfolded.

Last Friday (July 28), a female nurse at Ridgeland was allegedly assaulted and held against her will at knifepoint.  According to one source familiar with the situation, the knife wielded by the suspect was literally “held to her throat.”

Unbeknownst to the nurse – in fact, unbeknownst to anyone except the facility’s warden and a few select officials – the alleged assailant was reportedly an undercover correctional officer posing as a prisoner.

That’s right … the whole thing was a training exercise.

According to an account of the incident that’s been corroborated by our sources within SCDC – and by various Lowcountry law enforcement agencies – the drama was part of several “enhanced escape protocols” being put in place at Ridgeland, a level two (medium security) facility that houses an estimated 1,200 male inmates.

What are these “enhanced protocols?”  We’re not sure, but this particular incident reportedly ended with a can of mace being unloaded in the faces of both the suspect and the “traumatized” nurse – who has since been placed on workers’ compensation as she recovers from her injuries.

Oh, while all of this was transpiring within the prison, an alert was reportedly sent out to multiple local law enforcement agencies in the surrounding area – informing them “that a murderer had escaped” from the facility.

Various agencies responded immediately to this notification by rushing units to “cordon off areas around (the) prison.”

“(They) were not informed it was a drill until a half hour later,” our source said.

One sworn law enforcement officer who participated in the frantic response told us it was actually longer than that – with their agency’s units not receiving the word until “well over an hour” after the initial warning was issued.

“Good thing some poor black dude was not out for a stroll in that area at the time,” our original source told us.  “Poor judgement across the board. (SCDC) is a debacle.” 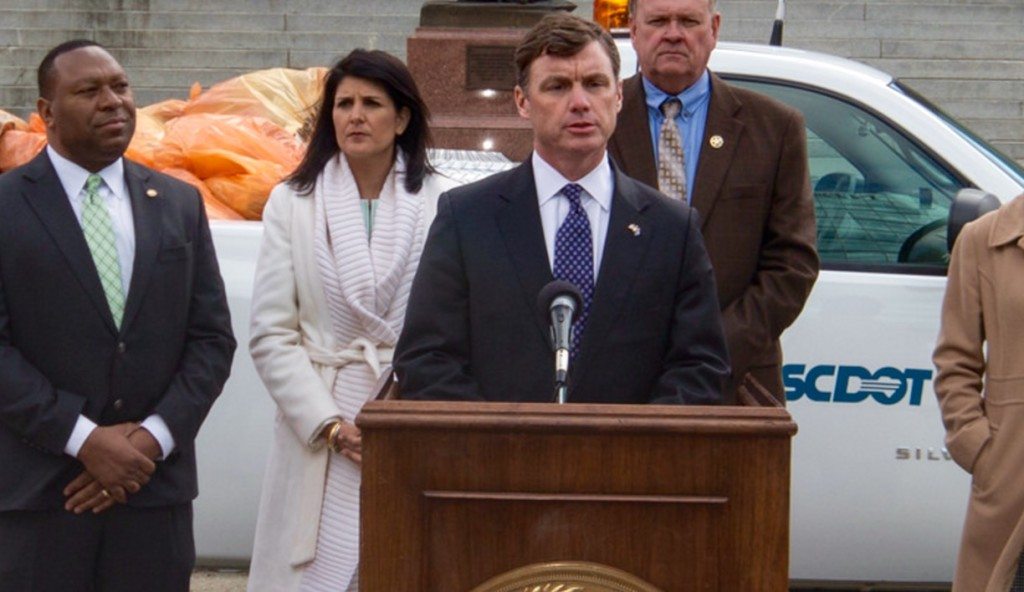 We agree … in fact we’ve already called on governor Henry McMaster to fire the agency’s current director, Bryan Stirling (above).  Unfortunately, McMaster has failed to do so.  Not only that, he actually heaped praise upon Stirling following a widely publicized jailbreak last month – one that badly exposed SCDC.

Exclusive reporting by this website (and others) in the aftermath of the July jailbreak of high-profile inmate Jimmy Causey revealed a culture of chaos within the Palmetto State’s prison system – “a near-total loss of operational control,” as we put it.

Don’t get us wrong: In a broad sense, we’re glad to hear SCDC has acknowledged that its facilities have systemic security problems.  We’re also glad to hear baby steps are at long last being taking to tighten things up.

Having said that, it appears the agency has utterly failed to think through the best way to implement some of these new “steps.”

Is that surprising?  No …

This website has covered numerous SCDC scandals over the years – including efforts by former governor Nikki Haley’s administration to cover up prison riots.  Palmetto prisons have also served as a backdrop for sex scandals and murders.  And serious sentencing errors.