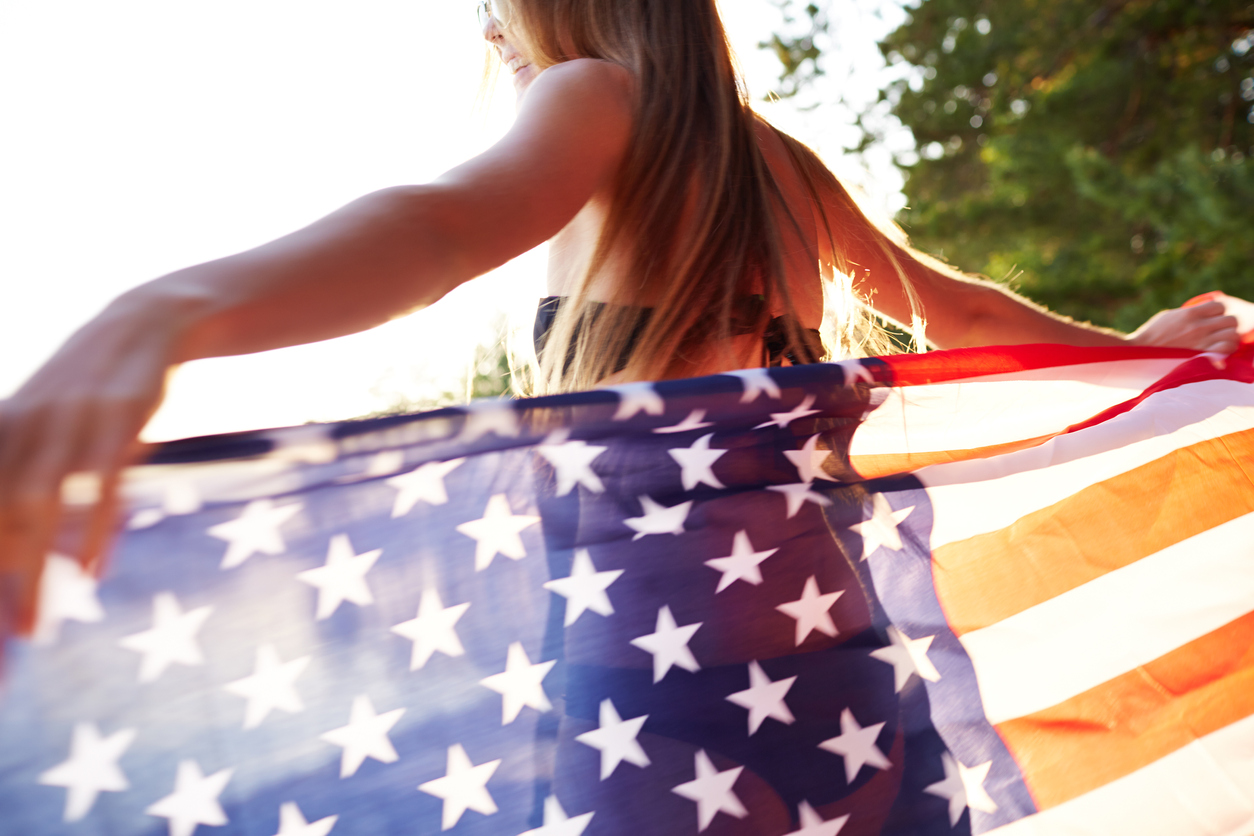 In previous years this website has chosen to mark the occasion of America’s independence with a measure of mourning – the rhetorical equivalent of donning sackcloth and ashes to rue the recent decades of lost liberty, opportunity and prosperity.  Either that or we’ve vented our spleens, waxing opprobrious (a.k.a. bitching and moaning) over a seemingly limitless litany of sheer lunacy in regards to public policy.

To be sure, America’s problems are not receding.  And to an increasingly uncertain future we can add the “all in” issue – in which far too many of us have become rigid, reflexive amateur ideologues, increasingly under-informed and over-assured in our views.

But we’re going to put all of that to the side for the moment … if for no other reason than we have the freedom to do so.

Why?  Because 241 years ago, in the assembly room of Independence Hall in Philadelphia, Pennsylvania, members of the Second Continental Congress ratified perhaps the most concise expression of individual freedom ever articulated.

You know the words by heart …

We hold these truths to be self-evident, that all men are created equal, that they are endowed by their Creator with certain unalienable Rights, that among these are Life, Liberty and the pursuit of Happiness.

Those truths may not be as self-evident as they once were, but the daring experiment those words launched – the United States of America – lives today.

“A Republic … if you can keep it,” Benjamin Franklin once famously said.

This nation has survived a Civil War, a pair of World Wars, a Cold War, a War on Terror and two major economic depressions (that’s right, two).  It’s been on the ropes before, in other words.  On the mat, even.

Along the way, though, America harnessed the power of the atom, invented (and reinvented) the light bulb and put a dozen men on the moon.  It introduced the world to the skyscraper and dug the Panama Canal.  It created the assembly line and the airplane (and duct tape).  It built the internet and invented the cell phone.  It is responsible for jazz, blues, rock and roll, hip hop and grunge.

And while it may not have invented the hamburger, it damn sure perfected it.

America was the indispensable nation … and there’s nothing to stop it from assuming that role once again. Our people simply must simply decide to apply the same innovation, energy and industriousness to this nation’s reinvention that their grandparents and great-grandparents (not so much their parents) applied to its invention.

We don’t need a Clint Eastwood pep talk – although America produced him, too.  We just need to put freedom and free markets in charge again – and hold each other accountable for the outcomes.

One other person America produced?  Walt Whitman.  In 1855, the free verse poet (and pitcher for the “cosmic all stars,” according to Annie Savoy) published Leaves of Grass, a defining collection of American transcendentalism.

For those of you who’ve seen the movie Dead Poets Society, you are no doubt familiar with this selection …

Oh me! Oh life! of the questions of these recurring,
Of the endless trains of the faithless, of cities fill’d with the foolish,
Of myself forever reproaching myself, (for who more foolish than I, and who more faithless?)
Of eyes that vainly crave the light, of the objects mean, of the struggle ever renew’d,
Of the poor results of all, of the plodding and sordid crowds I see around me,
Of the empty and useless years of the rest, with the rest me intertwined,
The question, O me! so sad, recurring—What good amid these, O me, O life?

Answer.
That you are here—that life exists and identity,
That the powerful play goes on, and you may contribute a verse.

We can almost hear the late Robin Williams repeating that last line … “that the powerful play goes on, and you may contribute a verse.”

“What will your verse be?” he asked.

As we celebrate this Fourth of July, let’s each resolve to ask ourselves that question … and not just confine our musings to what our verse will be, but also ponder what its purpose (i.e. what our purpose) will be.

Yes … and we’d better figure out how sooner rather than later.  For as Franklin also said in the heady days of our Republic’s founding if we don’t hang together, then “most assuredly we shall hang separately.”

Is America moving in the right direction or on the wrong track?