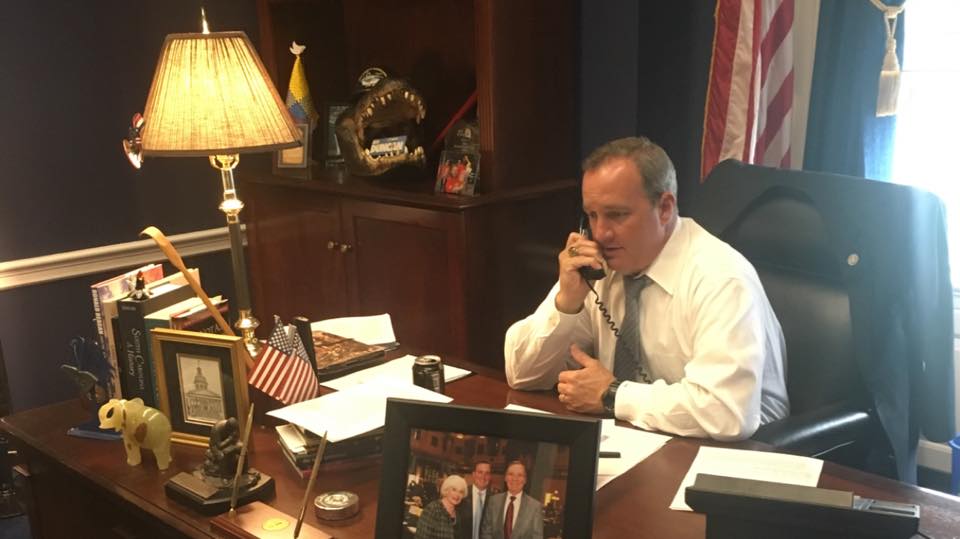 “Just as conservatives have been saying all along, when courts look at this case on the basis of the law and the Constitution, the President will win. That is exactly what happened today with the Supreme Court ordering all injunctions of the President’s travel ban lifted until the high court issues their ruling. With the President’s initial executive order being a 90 day review, and the Supreme Court taking much longer than that to rule on the case, the court’s decision practically allows the President to move forward with his national security agenda unfettered. I support President Trump’s efforts to make America safe again, and I believe his temporary travel ban is a wise precaution in these troubling times.”

“This case is just one of many that will be heard by the Supreme Court regarding polices enacted by the Trump Administration. Because of this, I also call upon Justice Ginsburg to recuse herself from this case, and any other case involving President Trump or his policies, based on her comments to the media last year about then-candidate Donald Trump. I have joined with a number of my colleagues in writing her demanding her recusal. Justice Ginsburg has clearly demonstrated that she cannot operate in an evenhanded and impartial manner, and she should recuse herself from considering this case.”

A copy of the letter signed by Congressman Duncan is below.