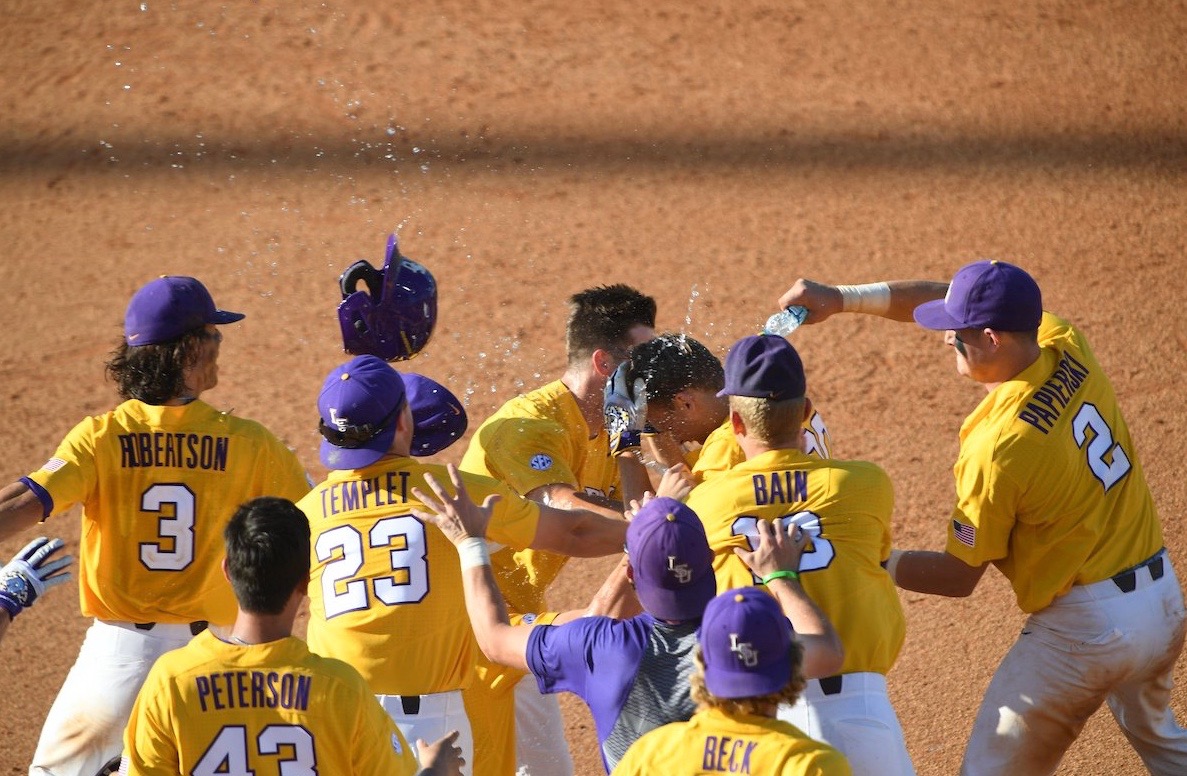 FIRE UP THE #FIREHOLBROOK HASHTAG … AGAIN …

Embattled head coach Chad Holbrook’s team led the sixth-ranked Louisiana State Tigers 6-5 heading into the bottom of the ninth inning of Sunday’s deciding game – putting them on the verge of picking up a critical late-season series win.  But the Gamecock bullpen gave up a game-tying run in the ninth – and the game-winning run in the bottom of the tenth – to drop yet another series and fire up the familiar #FireHolbrook hashtag.

South Carolina (27-19, 11-13 SEC) hasn’t won a conference series since late March, when Holbrook’s squad took two of three games at home against Alabama.  This year’s squad – which began the season ranked No. 4 in the nation – is now unranked in every major collegiate poll.

WALK IT OFF @antoine_dupl! Tigers take the series over the Gamecocks in extra innings. Huge win! pic.twitter.com/lpQR3khD8S

True many of the Gamecocks’ defeats – like Sunday’s loss – have been close games. But plenty of them haven’t been close, including a 20-5 drubbing on the road last month against North Carolina and a 19-1 humiliation at home against Kentucky last week.

In 2015, Holbrook’s team failed to qualify for postseason play – the first time the Gamecocks had missed out on the postseason in over a decade-and-a-half.

Tanner – who recently received a three-year contract extension and a hefty raise – has made it clear he is sticking with Holbrook, saying the team simply needed to “stay the course” and that eventually his program would “get some of those close ones back.”

We defended Holbrook again last April – attributing his success on the recruiting trail to the team’s improved performance a season ago.

Unfortunately, the Gamecocks came up short in their 2016 postseason run and have been mediocre at best in 2017.  That may be enough for fifth-year head coaches to keep their jobs at other schools, but it’s not the level of performance to which South Carolina fans have become accustomed (as evidenced by the growing number of empty seats at Founders Park).