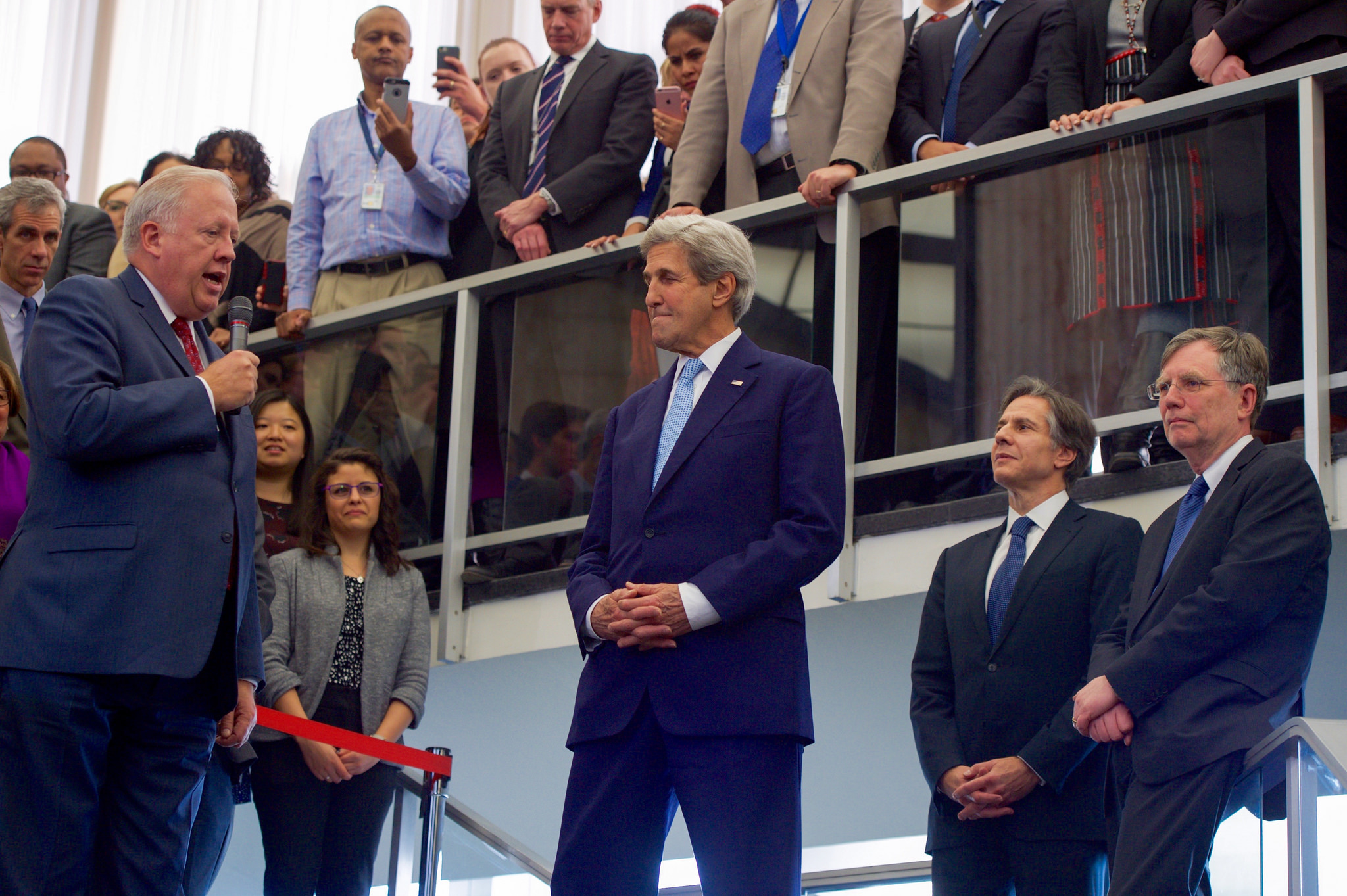 As U.S. president Donald Trump and his budget director Mick Mulvaney look for places to cut federal spending, the badly bloated U.S. Department of State has come across their radar screens.

Trump and Mulvaney want to enact a 37 percent cut in State Department spending – which has seen its budgets soar in recent years.

“It’s dead on arrival. It’s not going to happen. It would be a disaster,” Graham told liberal television network MSNBC late last month, according to Politico.

Ah, “Republicans.”  Fighting for big government at every step of the way, right?

Is Graham’s paranoia warranted?  Hell no.  In fact it’s laughable.

For those of you keeping score at home, the State Department’s budget more than tripled under the administrations of George W. Bush and Barack Obama – climbing from an inflation-adjusted $9.5 billion in 2000 to $30.9 billion in 2016.

That’s an astronomical 225 percent increase in spending … although you won’t see that figure cited by any of the leftist media covering Trump’s budget.

Yet there it is … 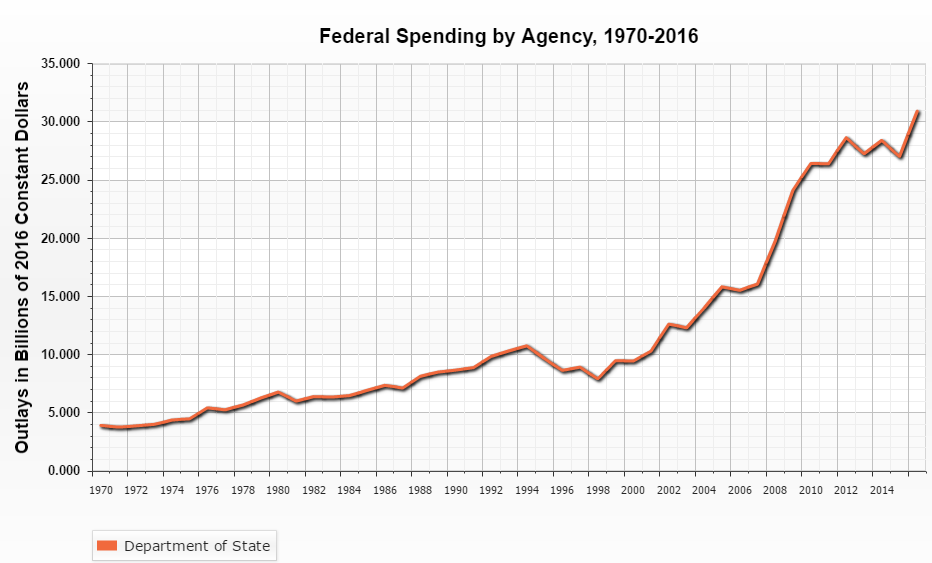 In light of this reckless growth, though, a 37 percent cut in State Department spending is not only reasonable – it’s kind.  In fact, given its recent bloat State should probably face much steeper budget cuts than Trump and Mulvaney are proposing.

Unfortunately, that’s not how the game works in Washington, D.C.

Liberal Republicans like Graham will join with Democrats to “safeguard” State Department spending – arguing that to cut even a nickel of this demonstrable excess would endanger American diplomatic missions.  And the liberal media will back them at every step of the way.

Don’t get us wrong: International diplomacy is a core function of government (even if some of Trump’s diplomats are completely clueless).  It should be funded, just not at its current, exorbitant levels.

Trump and Mulvaney are correct to target State’s recent bloat … and congressional Republicans should back them in their efforts.