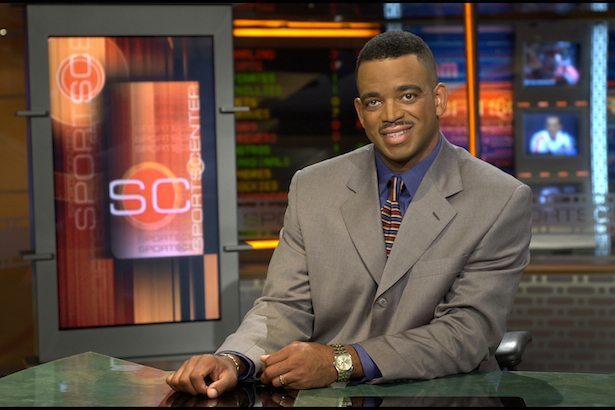 By Liz Gunn || If you’re a sports fan, surely you heard the sad news of Stuart Scott’s passing this morning, at the age of 49. I won’t eulogize him here, and FITS News doesn’t really have an obituary section, but after hearing about this off and on all day I just felt the need to share.

I recently claimed that I don’t believe in New Year’s resolutions. However, I am resolved to live my life in a way that would garner the respect of my colleagues, friends and the public the way Stuart Scott did. Emotional tributes poured out from co-workers and people in the world of sports today on television and on social media. By all accounts, Stuart Scott was a hard-working, genuinely nice co-worker, friend and father.

Scott was a beloved sportscaster and anchor for ESPN. He actually got his first job in broadcasting at WPDE-TV in Florence, S.C.. That’s where he coined his most famous catchphrase, “cool as the other side of the pillow”. Sadly, Scott leaves behind two young daughters.

There probably isn’t ever a convenient time to die, but I know his family is glad to have had this last Christmas together. It’s just a grim reminder of a few things that probably won’t ever change: Life is short. Cancer sucks. All good things must end.

Scott told the audience at the ESPY’s last July after receiving the Jimmy V. Award , “When you die, it does not mean that you lose to cancer. You beat cancer by how you live, why you live, and in the manner in which you live.” Rest in peace, Stuart Scott, knowing you did beat cancer after all.

If you would like to support the American Cancer Society, and I always suggest that you do, click here to learn more or donate. I, for one, have lost too many of my favorite people to this disease.

The Braves Are Coming

Another Big Win For Frank Martin