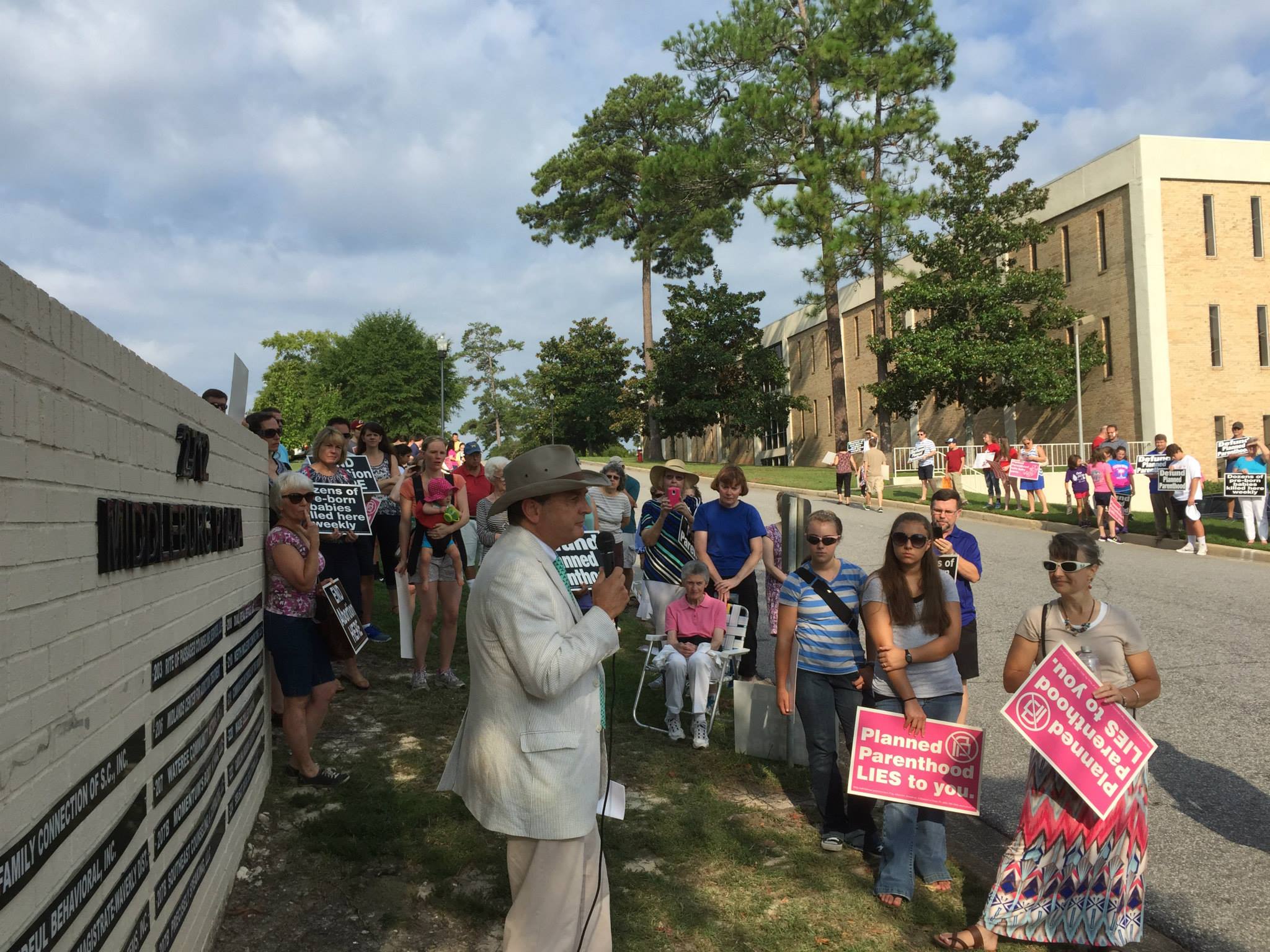 (February 9, 2017 – Columbia, SC) On February 11, a rally will be held in the public right-of way in front of the Planned Parenthood facility at 2712 Middleburg Drive in Columbia, starting at 9:00 a.m. EST.  This event is one of over 200 being coordinated nationwide by the #ProtestPP Coalition, calling for Planned Parenthood to be stripped of all federal funding, and for all such funding to be redirected to Federally Qualified Health Centers that do not perform abortions. Planned Parenthood, the nation’s largest abortion chain, receives over $420 million from the federal government every year.

Congressional leaders are working to cut funding for the controversial organization as part of the budget reconciliation process, while preserving the assistance this funding is meant to provide for to poor women. Rallies will be held nationwide on February 11 in over 200 cities from coast to coast, supporting the defunding effort and educating the public about Planned Parenthood’s central role in the abortion industry and their long record of unethical activity.

“Planned Parenthood claims that American women rely on them for healthcare, but in fact four out of five women will never set foot in a Planned Parenthood facility,” said Mark Baumgartner from A Moment of Hope. “Planned Parenthood provides less than 1 percent of annual pap tests and zero mammograms, but performs 34 percent of annual abortions in the U.S.  They’ve been caught shielding child predators, defrauding Medicaid, and harvesting fetal tissue for profit. This controversial organization does not deserve our tax dollars.”

Baumgartner emphasizes that no funding would be taken away from programs that help poor women and families.  Every dollar taken from Planned Parenthood would be redirected to Federally Qualified Health Centers that provide a wider range of services and higher standard of care than Planned Parenthood, without doing abortions. “The effort to defund Planned Parenthood has nothing to with taking healthcare away from women. It’s about taking tax dollars away from the nation’s largest abortion chain,” he explained.

#ProtestPP is a coalition of state and national pro-life groups, headed by three national pro-life activist organizations: Citizens for a Pro-Life Society, Created Equal, and the Pro-Life Action League. For the February 11 rally, 40 Days for Life is also serving as a major partner.