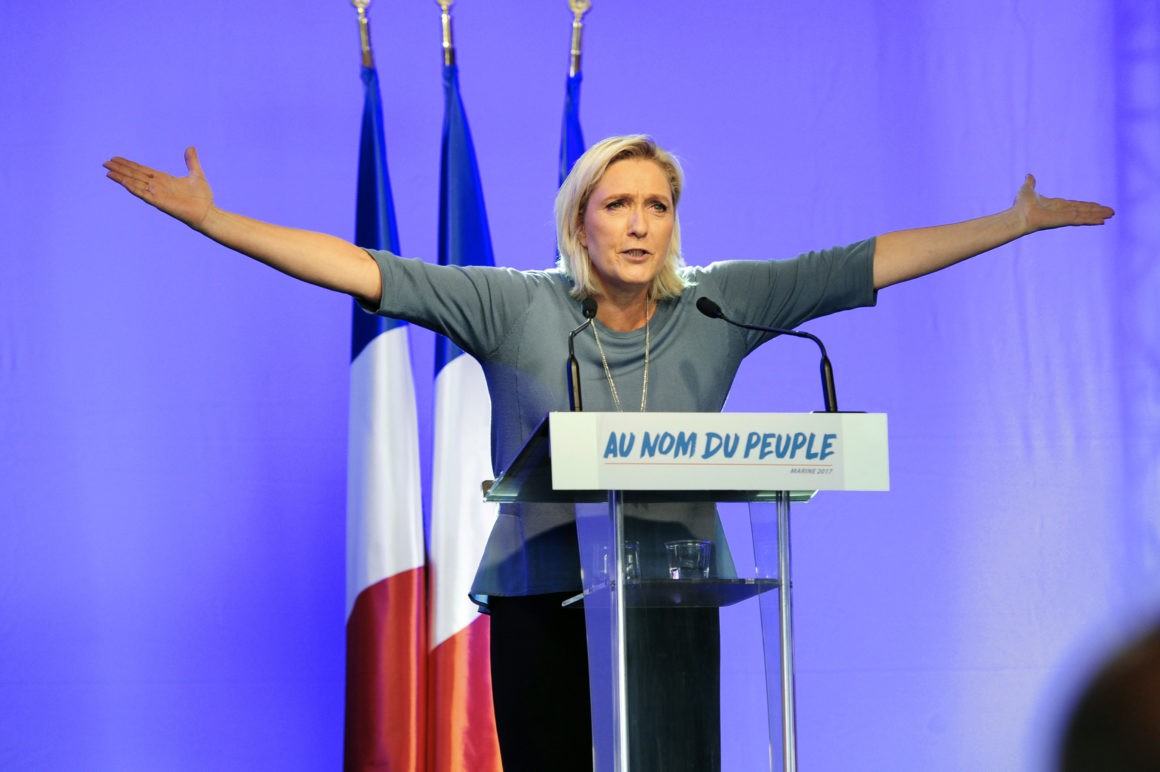 COULD A POPULIST REPLACE A SOCIALIST ON THE OTHER SIDE OF THE OCEAN, TOO?

Le Pen and her party are running on a staunch anti-immigration policy, lower taxes, a vow to pull France out of the beleaguered Eurozone and a promise to hold a public referendum on France’s membership in the European Union (EU).

“The aim of this programme is first of all to give France its freedom back and give the people a voice,” Le Pen said in formally kicking off her candidacy.

The populist’s slogan isn’t “Make France Great Again” (as our headline suggested).  It’s actually “au nom du peuple” – or “on behalf of the people.”  But there’s no mistaking its similarities to the “America First” mantra of U.S. president Donald Trump.

Le Pen is one of five candidates running to replace socialist François Hollande – who announced two months ago that he would not be seeking a second five-year term.  Hollande was a close ally and ideological compatriot of former U.S. president Barack Obama.

According to mainstream public opinion polls (which badly missed the 2016 “Brexit” vote), Le Pen is likely to come out on top in the first round of voting on April 23 – but is expected to lose a runoff election on May 7.

Of course that was before François Fillon – the nominee of the center-right party known as Les Républicains – found himself embroiled in a major scandal involving € 900,000 ($970,000) of taxpayer money paid to his wife, Penelope Fillon, and two of his children for work they allegedly did not do.

French police have raided offices at the country’s National Assembly as part of their investigation into this alleged fraud – which has caused Fillon’s poll numbers to plummet.

Obviously this election is of less concern than the one that took place in our country last fall, but we will keep an eye on it nonetheless in the hopes Le Pen can pull off a Trump-style upset.