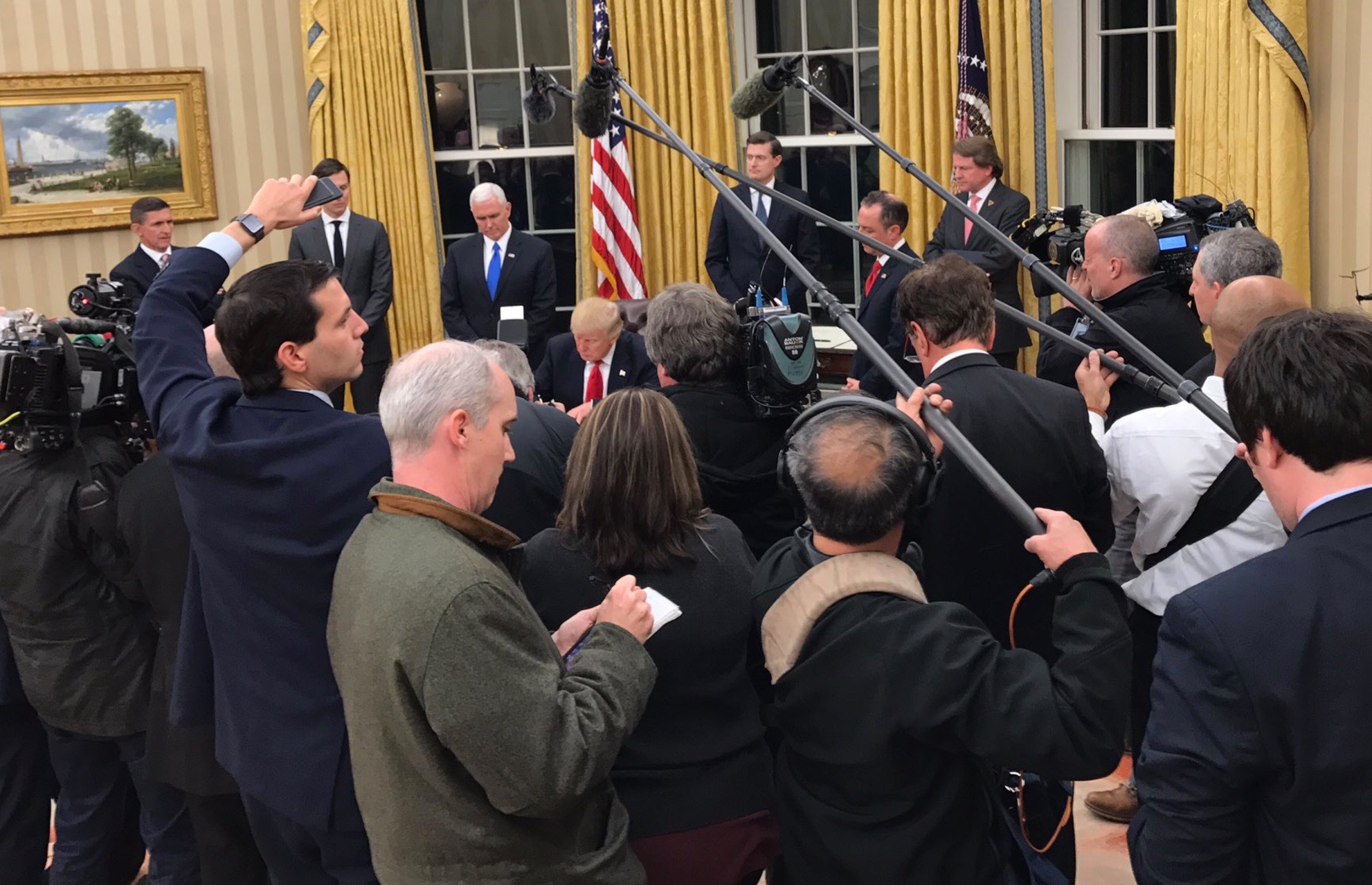 President Donald Trump‘s first two cabinet appointments were confirmed by the U.S. Senate on Friday – although Democrats succeeded in temporarily delaying the appointment of several others.

Trump’s team had hoped to match the seven nominees that were confirmed on the first day of the administration of Barack Obama back in 2009, but Democratic lawmakers were not cooperating.

Kelly’s confirmation was approved by an 88-11 vote.

“I am pleased by the confirmation votes of Generals Mattis and Kelly,” Trump said in his first official statement as commander-in-chief.  “These uniquely qualified leaders will immediately begin the important work of rebuilding our military, defending our nation and securing our borders. I am proud to have these two American heroes join my administration.”

Trump’s statement also challenged Senators to move quickly to confirm the remainder of his appointments.

“I call on members of the Senate to fulfill their constitutional obligation and swiftly confirm the remainder of my highly qualified cabinet nominees, so that we can get to work on behalf of the American people without further delay,” he said.

Republican had hoped to confirm the nomination of U.S. Rep. Mike Pompeo as Trump’s director of the Central Intelligence Agency (CIA), but Democrats would only agree to open debate on his nomination.

“No CIA director in history has ever been confirmed on Inauguration Day,” U.S. Senators Ron Wyden, Patrick Leahy and Richard Blumenthal said in a join statement. “The importance of the position of CIA director, especially in these dangerous times, demands that the nomination be thoroughly vetted, questioned and debated.”