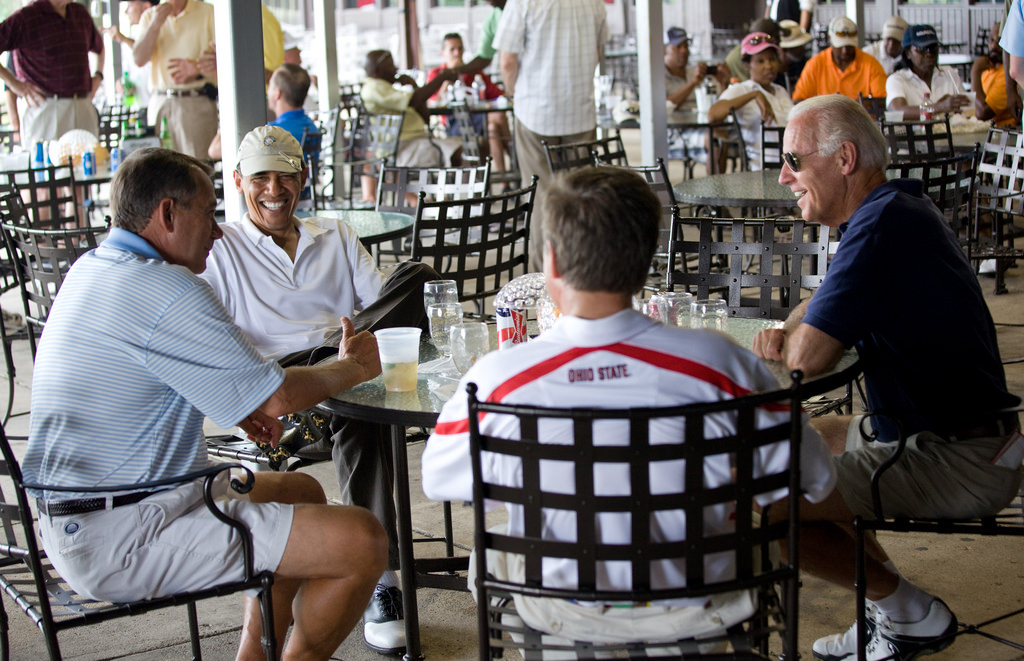 This website has addressed the failure of U.S. president Barack Obama’s presidency repeatedly (most recently here).

But Obama did one thing very well during his presidency: Golfing.  According to Nick Allen of The (U.K.) Telegraph, the leader of what’s left of the free world saw his golf game improve markedly over the past eight years – which makes sense given how often he teed off.

Obama played a total of 306 rounds of golf during his presidency – including an infamous 2013 round with Tiger Woods that cost taxpayers an estimated $3.6 million.  His efforts paid off, too, as his handicap dropped from a seventeen to a thirteen during his time in office.

Now if only the economy had shown that sort of improvement, right?  Alas …

U.S. president-elect Donald Trump criticized Obama for his excessive golfing, saying he played “more golf than Tiger Woods.”  Trump is an avid golfer himself, though, and was actually spotted on the links with Woods in Florida just prior to Christmas.

Unlike a lot of Obama critics, this website has never bashed him for his love of the links.

“Obama’s golf habit doesn’t give us much heartburn,” we wrote back in 2013.  “Nor did former president George W. Bush’s chronic absenteeism. The more both of these presidents were away from the office, the better for the country as far as we’re concerned.”