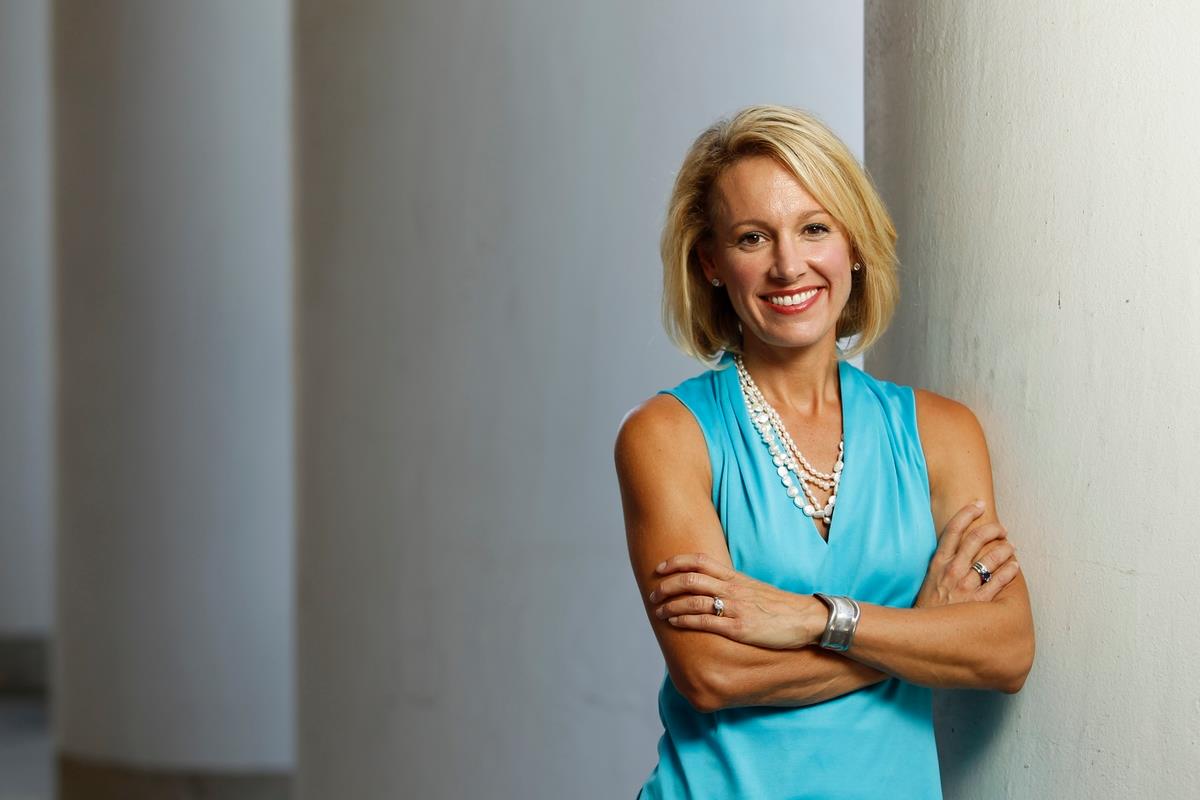 The worst kept secret in South Carolina politics is that Lowcountry labor attorney Catherine Templeton is running for governor of the Palmetto State in 2018.

Templeton’s promising outsider campaign was scheduled to launch a week from today in Charleston, S.C. – and several major donors were touting the event as her political coming out party. 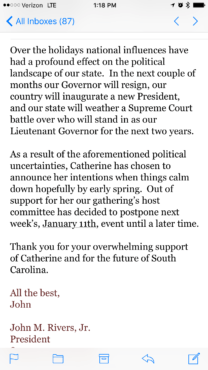 Templeton has been adamant that she is running for governor even if current S.C. lieutenant governor Henry McMaster – who is likely to ascend to the governor’s office later this year – were to campaign for the office as an incumbent.

McMaster is expected to follow Nikki Haley into the governor’s office later this year in the event Haley is confirmed as U.S. president-elect Donald Trump‘s ambassador to the United Nations.

That dynamic has dramatically changed the calculus of the 2018 race – with most of McMaster’s would-be GOP rivals deciding against mounting a campaign (or getting other jobs).

“I’m guessing lots of folks are on the fence because McMaster will be an incumbent,” a source on the invitation list to Templeton’s event told us.  “She has stated she’s in no matter what, so this took me a little by surprise.”

“There truly is too much political noise going on over the next two months to make an announcement,” a source close to Templeton told us.  “There will be a perfect opportunity (to announce) and it won’t be determined by a calendar or the press’ agenda.”