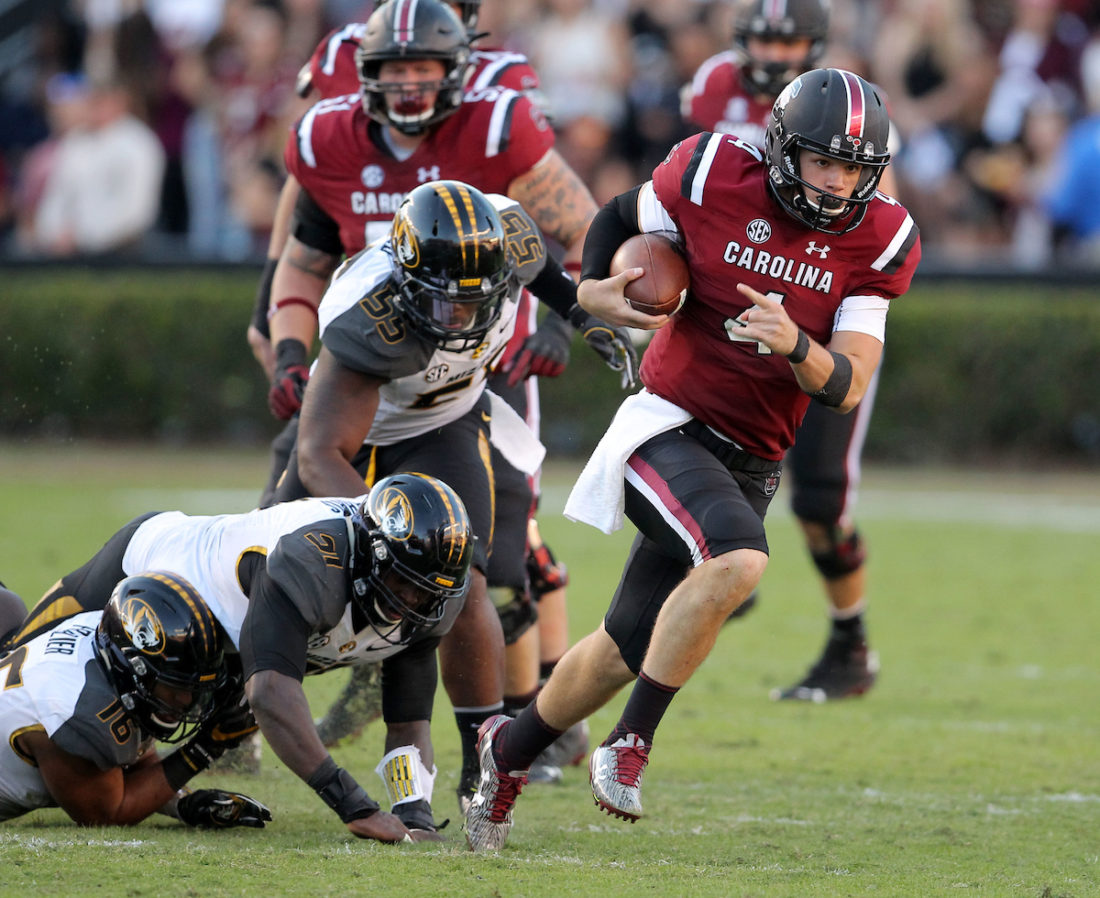 University of South Carolina true freshman quarterback Jake Bentley has been honored by the Southeastern Conference (SEC) as its freshman of the week following his impressive performance against conference rival Missouri.

Bentley – a 6-3, 223-pound native of Opelika, Alabama – completed 22 of 28 passes for 254 yards and a pair of touchdowns against the Tigers.  The 18-year-old also continued to take care of the football – committing zero turnovers for the third straight game.

Since his redshirt was yanked by head coach Will Muschamp three weeks ago, Bentley has completed 73 percent of his passes (54-of-74) for 622 yards with six touchdowns and no interceptions.  More importantly to Gamecock fans, South Carolina has won all three of his starts – including an upset win over then-No. 18 Tennessee.

Prior to Bentley being inserted as the starter, South Carolina had the worst offense in the nation … literally.  Since then the team has more than doubled its per game scoring output and achieved a season-high 428 total yards last week against Mizzou.

Things get much tougher for Bentley this weekend, though.  The Gamecocks (5-4, 3-4 SEC) travel to Gainesville, Florida to play the sixteenth-ranked Florida Gators (6-2, 4-2 SEC) – who boast one of the nation’s stingiest defenses (especially against the pass).

While Bentley is not expected to duplicate his recent run of success against Florida, his steady play under center has many wondering why Muschamp didn’t decide to put him in the lineup earlier in the season.