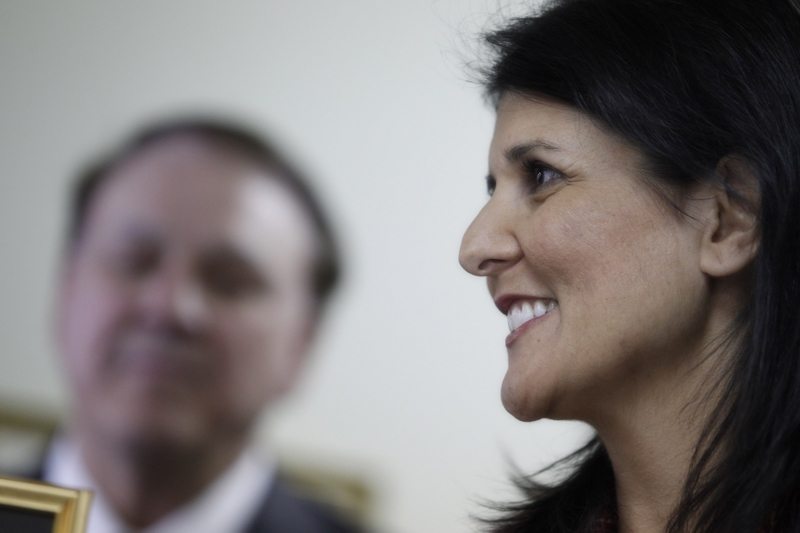 With the latest forecast models showing powerful Hurricane Matthew headed toward the Palmetto State, South Carolinians are waiting on their governor to follow the lead of her southeastern peers and declare a state of emergency.

Governors in Florida and North Carolina have already issued declarations in anticipation of the massive category four storm’s arrival on the east coast later this week.

As of noon on Tuesday, though, S.C. governor Nikki Haley had not followed suit … although we suspect that will change soon based on the dangerous storm’s latest projected track.

And here is its latest projected forecast track …

Declaring a state of emergency would free up federal resources in the event a coordinated disaster response is required for this storm – which clearly poses a threat to the Palmetto State’s 187-mile coastline.

Officials with the S.C. Emergency Management Division (SCEMD) have been tracking Matthew for several days – and providing updates regarding the system on the agency’s social media platforms.

“If you live along the coast, it is important to know evacuation routes as well as your vulnerability to storm,” SCEMD officials tweeted earlier today.

On Sunday, SCEMD director Kim Stenson urged Palmetto State residents to “prepare for the possible effects” from the storm.

So far, though, nothing from Haley …

South Carolina has seen twenty-three hurricane landfalls since 1893 – the most infamous being Hurricane Hugo in 1989. Fortunately the state has avoided any direct hits from major storms since then, although there have been several close calls – including Hurricane Irene in 2011.