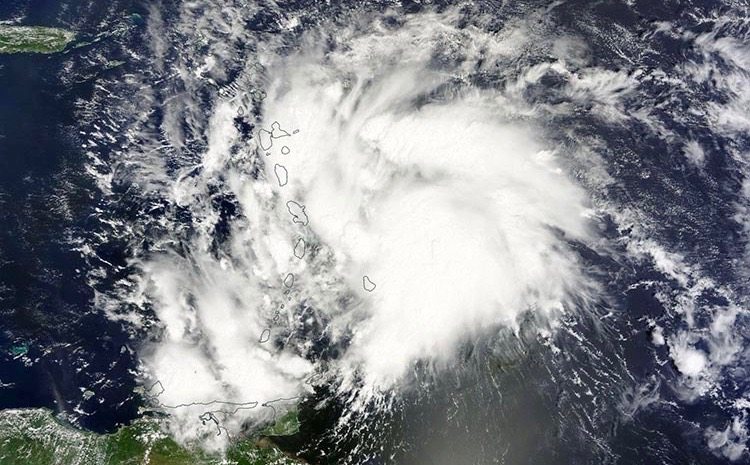 According to the latest updates from the National Hurricane Center in Miami, Florida, the thirteenth named storm of the 2016 season is currently packing maximum sustained winds of 70 miles per hour.

With additional strengthening in its immediate forecast, Matthew is likely to be rechristened “Hurricane Matthew” before the day is done.

As of this writing, the center of the storm is located approximately 290 miles south of San Juan, Puerto Rico.  Matthew is moving toward the west at 15 miles per hour – with tropical storm-force winds extending more than 200 miles from its center of circulation.

“A general westward motion with some decrease in forward speed is expected during the next couple of days,” forecasters noted.

Over the weekend, the storm is expected to make a big turn north – toward the continental United States. 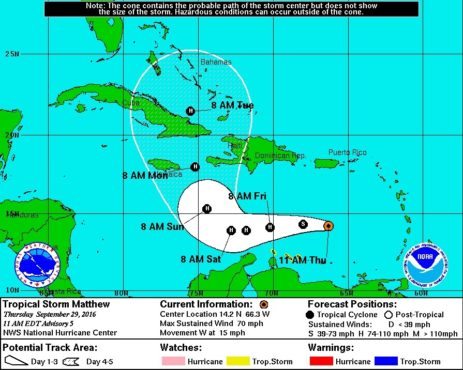 And here’s a look at its forecast track … 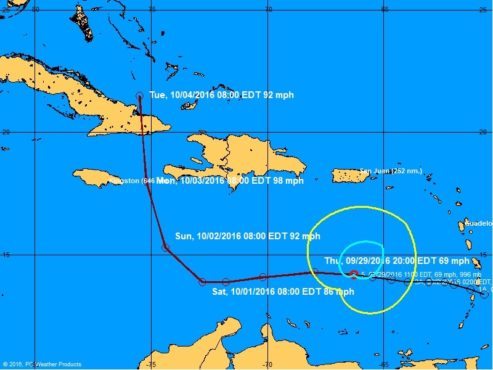 What does Matthew’s current status mean for the East Coast of the United States?  At the moment, it’s too early to tell.

As early as next week, though, the storm could start posing serious problems for Florida, Georgia, South Carolina and North Carolina – among other states – or it could bypass the East Coast altogether.

At this point, forecasters simply don’t know when the system’s northward turn will take place – nor do they know how sharp that turn will be.  Also, it’s too early to accurately predict how strong the system will be when it makes its move toward the United States.

Stay tuned … this is a system South Carolinians would be wise to keep an eye on over the weekend.

Stressed Out College Students Are Coloring?