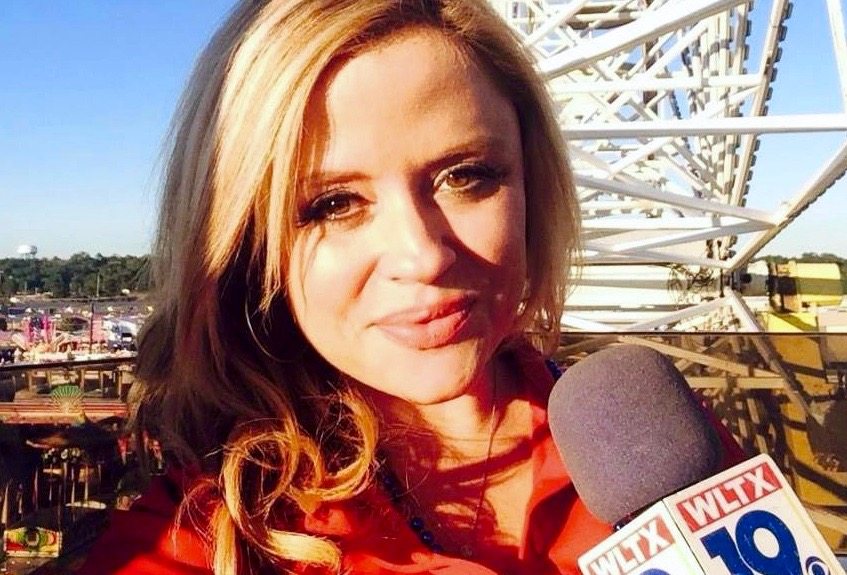 NEWS ANCHOR PUTS HER CHILD AHEAD OF HER CAREER …

There are two types of people in this world: Those who put themselves first, and those who put others first.

WLTX TV 19 anchor Andrea Mock has always been in the latter camp … a group which seems to be dwindling as the world keeps placing a higher premium on immediate self-gratification.

Mock came to WLTX in 2007 after stints in Ohio and West Virginia.  She’s been a fixture on the station’s nightly newscasts ever since – earning the admiration of fans and the respect of her peers and colleagues in the business.

September 21 will be her final day with the station, though …

For those of you who didn’t know, Mock is a single mother.  In fact for the last six years, she’s been raising her son Brady on her own.  Mock never asked for the responsibility of single parenthood – nor did she expect it when it was first thrust upon her back in 2010.  But she’s consistently met the challenge – always putting her son first even if it meant forgoing opportunities in her professional career. 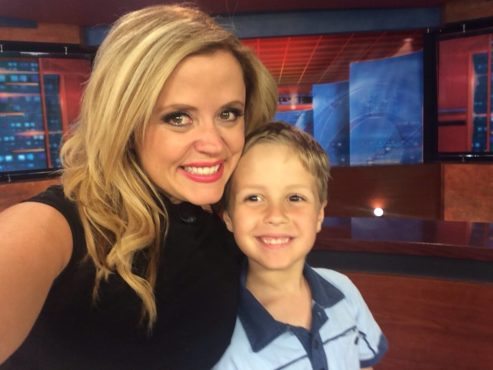 As Brady has grown up (he started first grade this year), it’s become increasingly difficult for Mock to anchor WLTX’s evening newscasts – including the 11:00 p.m. nightly newscast.

“This isn’t a business for single moms,” she said.  “And while journalism is my first love – I love Brady more.”

Make no mistake: Mock says WLTX’s management has been incredibly accommodating and supportive of her.

“When I became a single parent they allowed me to get home every night to put Brady in bed,” she said.

As her son has grown, though, Mock has found it increasingly difficult to balance late nights in the newsroom with the early morning obligations of single motherhood.

Accordingly, Mock has made the very difficult decision to give up journalism (for now, anyway) – even though it is something she wanted to do since she was in fifth grade, something she’s done professionally since graduating from college, something she describes as “exciting, challenging and addicting.” 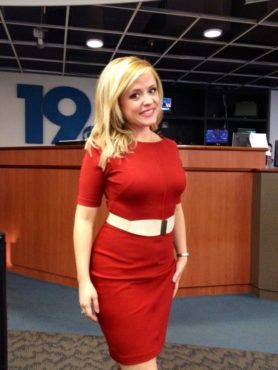 “I love being a change agent,” she said.  “Being a voice of the people who can motivate government or business to do what the people want or are calling for.”

Our guess is she won’t be giving up that “change agent” title … just re-channeling it in a way that lets her balance her busy life a bit better.

Mock says her co-hosts, producers and managers at WLTX have been more than just fellow employees – “they are my family.”  Especially her longtime co-host Darci Strickland.

“Working with one of my best friends has been a gift,” she said.

Mock’s family, friends and fans will be pleased to know she isn’t leaving Columbia, S.C., though.  In fact according to our sources, she’s accepted a position as associate vice president of communications and public relations for the S.C. Chamber of Commerce.

Obviously we’ve had our run-ins with that group in the past, but there’s no denying that’s a solid gig to land – which attests to Mock’s skill a professional communicator.

In addition to her new position at the chamber, Mock is planning to continue her community advocacy.  Earlier this week, she helped the widow of a slain Forest Acres, S.C. police officer organize a benefit for the families of law enforcement officers killed in the line of duty.

Mock said that while she could never imagine being in such a situation, she could “relate to being a very young mom raising a son in diapers alone.”

Props to Mock … on all fronts.

This obviously wasn’t an easy decision for her to make, but she deserves tremendous credit for making it – and for remaining steadfast in her commitment to the best interests of her young son.  We wish Mock nothing but the best in all of her endeavors moving forward.