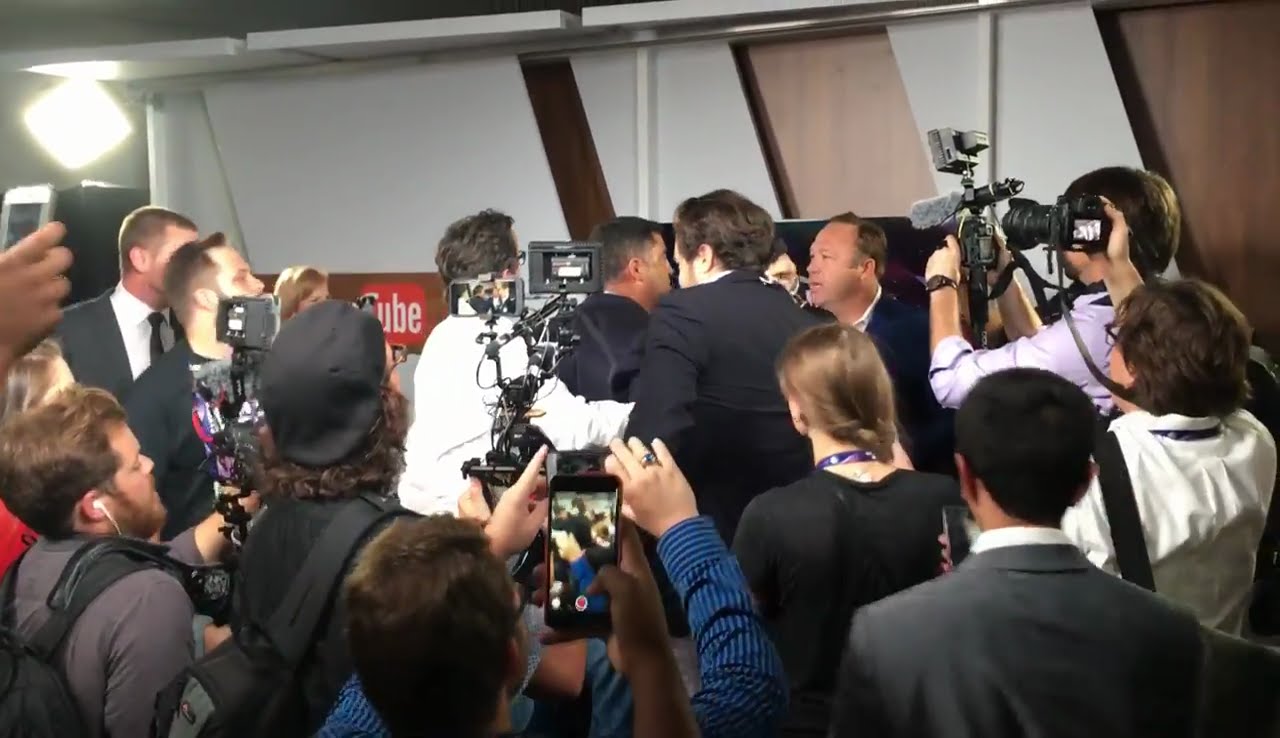 HAS THE MARKETPLACE OF IDEAS LOST ITS MIND?

What’s the status of political discourse in America?

Here’s Alex Jones of the right-wing website InfoWars.com getting into it with Cenk Uygur of the left-wing website The Young Turks during the recently-concluded “Republican” national convention.

What are they arguing about?  We’re not sure … Saudi Arabia?

Anyway, at some point somebody allegedly spit iced tea in somebody else’s face, and everybody is pretty much yelling and cursing the whole time.

There’s also a hot girl in a red dress calling somebody on the set “a fat fuck.”