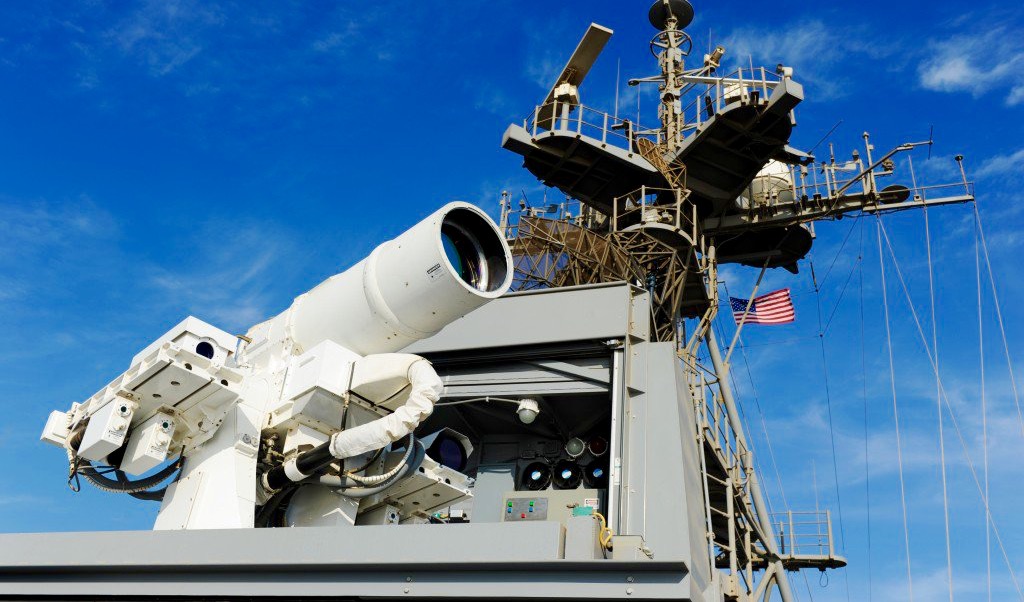 STAR WARS … ON THE HIGH SEAS

We don’t often encounter government expenses we like, but we’ve always been supportive of the national defense as a core function of government.

And we love lasers …

So the news that the U.S. military is perfecting a 150-kilowatt laser weapon system is … well, pretty cool.   Especially since our multi-billion dollar military is running out of bombs.

You never know when we’re going to have to “hit reset” on our enemies, right?

Lasers are a powerful, efficient, cost-effective … and lethal option.  To borrow the soldier’s lingo, they have a low “cost per engagement ratio.”

“We’re spending pennies on the dollar every time we use that capability,” one admiral recently told National Defense Magazine.

Imagine that … the military doing something on the cheap!

The Navy already has an operational 30-kilowatt laser weapon mounted on the deck of the USS Ponce (LPD – 15) – an Austin-class amphibious transport dock.  This system was installed in August 2014.

The new 150-kilowatt laser weapon system will be tested first as a ship-based weapon system, although military leaders hope to equip land-based weapons and unmanned aerial vehicles with the same technology.

We’ve said it before, we’ll say it again: The American military needs to be the most powerful, technologically-advanced fighting force in the world.  Our nation’s survival in the face of an array of constantly-evolving threats requires that.

But America’s leaders must learn how (and more importantly, how not) to apply that force.  And they must never forget on whose behalf they apply it.

Citizens and soldiers’ needs must always come first … not the incessant demands of connected contractors and their lobbyists.

@fitsnews but can they mount it on a shark?

The Dumbest Thing You Will Read Today