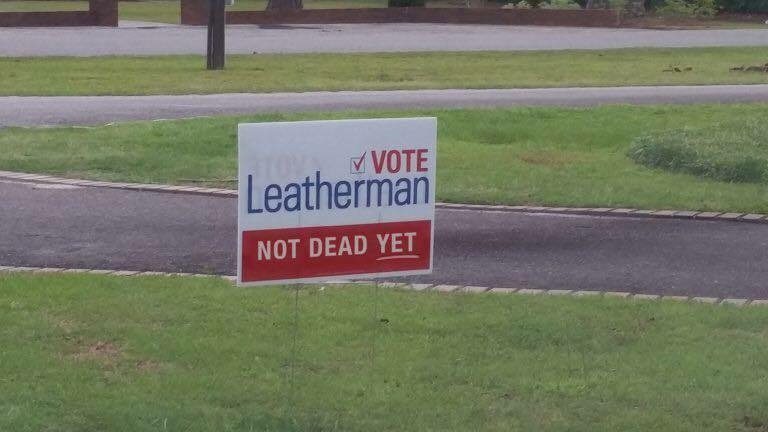 But it looks as though not all of his “support” is quite so … supportive.

Signs are appearing in Florence County, S.C. urging residents to vote for Leatherman due to the fact he is “Not Dead Yet.”

While it’s not immediately clear who is behind the banners, it is clear what they are intending to convey: That the 85-year-old powerbroker is on his last legs.

Leatherman’s health issues are obviously nothing new.  In December 2014 he collapsed at a museum opening in Florence, S.C.  Six years previously he had some sort of seizure at a restaurant in Columbia, S.C.

Supporters of the uber-liberal, irredeemably corrupt lawmaker say this will be his last term in office, but Leatherman has privately told his key backers that he will hold onto his seat until he draws his last breath.

“The funerals are bigger when you die in office,” Leatherman reportedly told a confidant at a recent event, half-joking.

Leatherman is being targeted by a political action committee supporting the agenda of S.C. governor Nikki Haley – and by other groups.   According to our sources, polling in this rural Senate district (map here) shows Leatherman well ahead of his closet competitor, former Florence County “Republican” party chairman Richard Skipper.