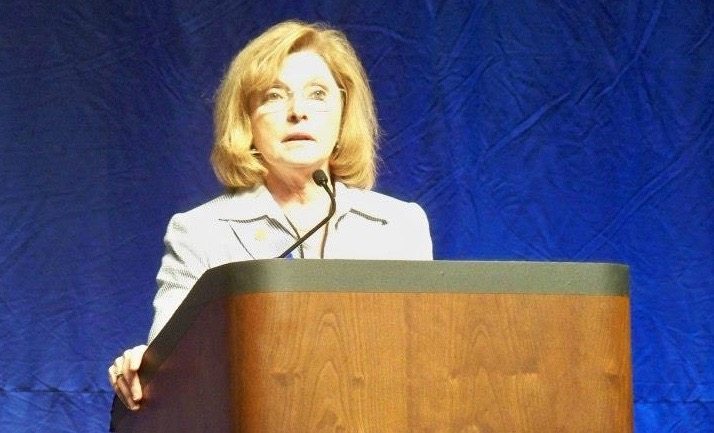 Never mind that Corbin did a phenomenal job embarrassing himself – referring to women as “lesser cuts of meat” and saying they shouldn’t be in government but rather “barefoot and pregnant” and “at home baking cookies.”

He later blasted Shealy for “choosing to be offended.”

Anyway, Wood’s “revenge” against Shealy has come in the form of Patricia Wheat – a hard core social conservative who is one of two candidates challenging her in this spring’s “Republican” primary for S.C. Senate District 23 (map here).

The other?  A crony of liberal ex-“Republican” State Senator Jakie Knotts.

This week, Wheat is holding a press conference at the S.C. State House.  According to Wood’s Premium News Network (PNN) website, her event intends to address “state funding of Planned Parenthood by most of Senate, including her opponent, Katrina Shealy.” 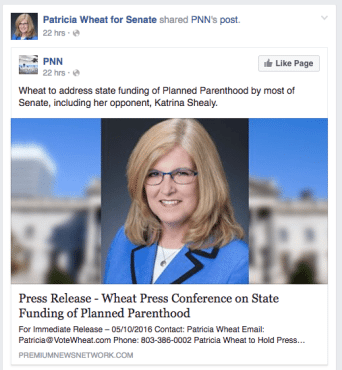 Wheat obviously opposes state support for this taxpayer-subsidized abortion provider … as do we.  In fact we’ve been consistent in our opposition to such funding all along … even as others have vacillated.

Here’s the thing, though: Shealy opposes state funding for Planned Parenthood, too.

In fact, she was one of only a handful of State Senators who voted against the portion of the state budget that included it. 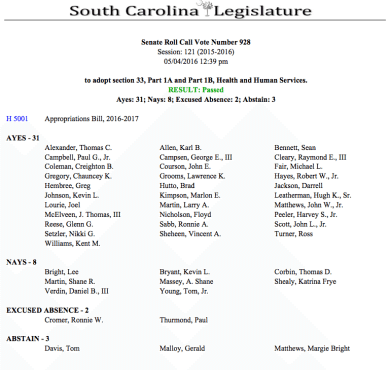 His ex-wife, S.C. Rep. Donna Hicks, has also been a legislative leader in the battle to block Planned Parenthood funding – taking her fight all the way to the office of S.C. governor Nikki Haley (who has been a colossal disappointment on this issue).

Naturally, Wood is giving his ex-wife the credit she deserves on this issue, right?

Um, no … he’s running a candidate against her.  Again.

We get that Wood is upset with Shealy and Hicks – two strong women who have stood tall against his impotent rage.  And he’s entitled to be upset.  What he’s not entitled to do, however, is lie about their record in an attempt to score political points for his vendetta … err, client.

Katrina Shealy was one of the few “Republican” lawmakers who voted correctly on this issue – bucking Democrats and leaders of her own party.

She deserves credit for her principled stand … not false attacks.

With US Border Bursting At The Seams, Joe Cunningham Backs Amnesty Bill