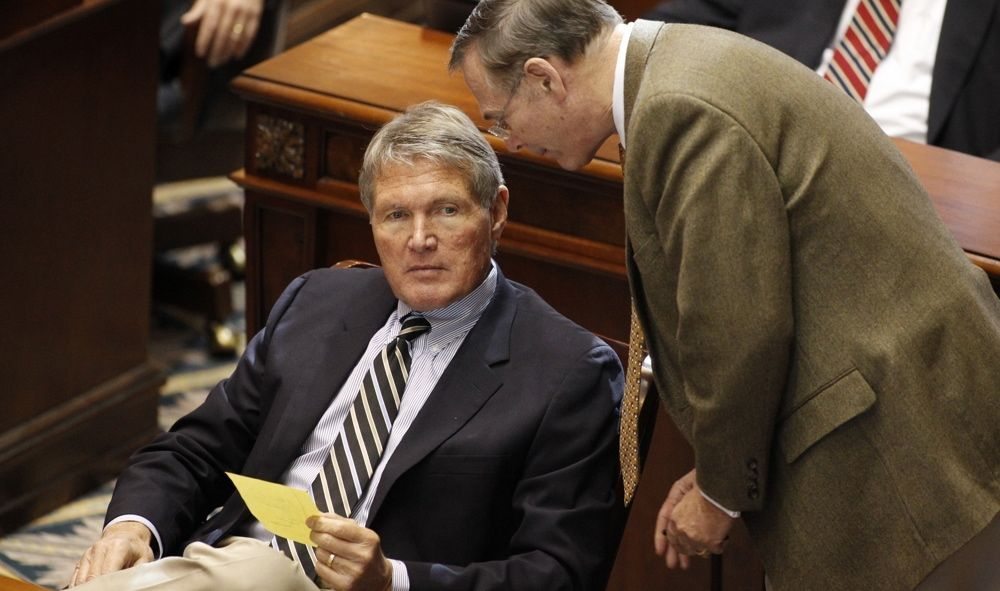 A “heavily-inebriated” State Senator nearly engaged in fisticuffs with an Iraq War veteran at a legislative event on Tuesday evening.  In fact had two of his Senate colleagues not stepped in, the dispute likely would have come to blows.

“It didn’t look like either one of them was going to stand down,” a witness told us.

The drama occurred at an annual legislative barbecue held on behalf of The Citadel – South Carolina’s government-run military college.  Facing off against each other?  S.C. Senator Harvey Peeler and Jonathan Lubecky, an veteran sniper and advocate for the decriminalization of medical cannabis.

According to our sources, Lubecky confronted Peeler for blowing him off at the conclusion of a Senate hearing on medical marijuana earlier this month.

S.C. Senator Sean Bennett and another lawmaker reportedly had to step in and separate the two men, according to witnesses.

“He tried to intimidate me, and was drunk,” Lubecky told us.  “I don’t intimidate easily.”

Lubecky added that Peeler referred to himself as a Vietnam veteran even though he never deployed to fight.  Peeler was a lieutenant in the U.S. Army from 1970-72.

Multiple lawmakers confirmed details of the almost-altercation – as well as Peeler’s lack of sobriety leading up to it.

Peeler did not immediately respond to our request for comment.

The veteran lawmaker abruptly resigned his post as “Republican” majority leader last month.  It’s still not immediately clear what prompted his decision, although there are plenty of theories floating around.

Of interest?  This website’s founding editor Will Folks had a similar face-off with Peeler over a decade ago at a now-defunct local restaurant called Meritage.  During that standoff, Peeler used similar “Do you know who I am?” rhetoric.

Peeler is currently riding high at the State House, benefiting from the weakened position of powerful Senate president Hugh Leatherman.  Assuming Leatherman is defeated in his upcoming primary election, Peeler would be a prime candidate to fill the ensuing power vacuum.