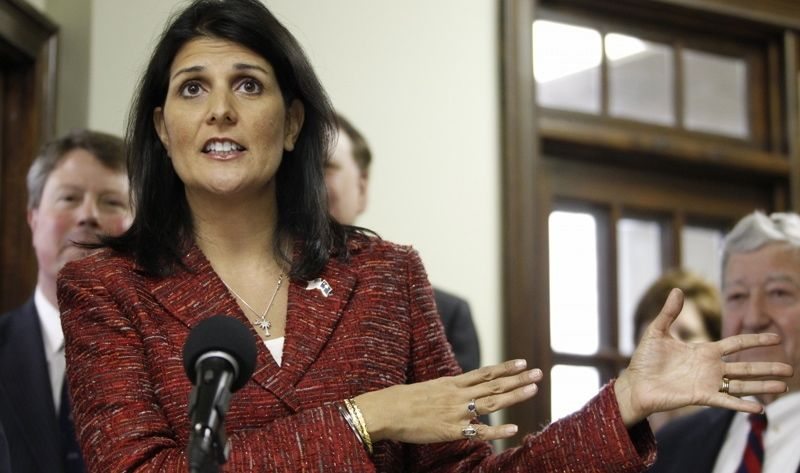 Back in the summer of 2014, S.C. governor Nikki Haley attempted to suppress criticism of her embattled child welfare agency, the S.C. Department of Social Services (SCDSS), by attacking one of its leading critics, S.C. Senator Katrina Shealy.

Shealy was having none of it …

And not surprisingly, Haley was 100 percent in the wrong … (and still is).

Haley is now attempting to employ same “juvenile” strategy in an effort to tone down legislative criticism of another embattled agency in her cabinet – the S.C. Department of Juvenile Justice (SCDJJ).

On Tuesday, Haley attacked S.C. Rep. Kirkman Finlay – one of the members of a S.C. House oversight panel – for allegedly being “disrespectful” in his inquiries regarding a mushrooming scandal at SCDJJ.

“What has been incredibly disappointing and not helpful is the bullying mentality that we’ve seen coming out of Representative Kirkman Finlay,” Haley said. “I mean, for him to sit there and treat public servants the way he has treated them is just beyond embarrassing, and the idea that you can go bully people who are serving and who are trying to do their job and do the right thing, and to intimidate them is right out childish and it’s rude.”

“He’s been threatening them in multiple ways, he intimidates them in the way he talks,” Haley continued. “If you have sat in any of those hearings, it’s uncomfortable to sit through.”

Here’s Haley’s problem: While she was busy campaigning for establishment “Republican” frontrunner Marco Rubio, this agency was going up in smoke … literally.  But according to Haley, it’s somehow Finlay’s fault for asking tough questions?

Finlay and other members of the S.C. House oversight panel have every right to grill this agency and its leaders for the gross incompetence and mismanagement they have displayed.  And they have every right to hold Haley accountable for the agency’s problems (which it’s worth noting she has dispatched one of her own officials to investigate).

Once again, though, rather than take responsibility for taking her eye off the ball yet again … Haley’s first impulse is to cast blame on those trying to pick up the pieces of her negligence.

Our hope?  That Finlay response to Haley’s threatening language the same way Shealy did … by getting in the governor’s face and refusing to back down.