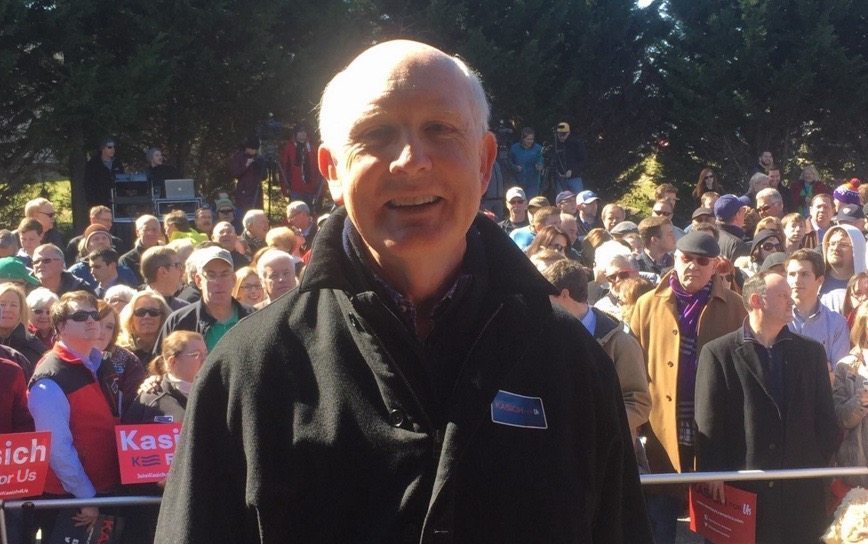 Ohio governor John Kasich (a.k.a. “Medicaid Jesus“) has rolled out one of the most liberal members of the S.C. General Assembly to bash former Florida governor Jeb Bush‘s record on spending.

Gary Clary – a socially and fiscally liberal “Republican” lawmaker from Pickens County, S.C. – ripped Bush (and his brother) in a statement released by Kasich’s campaign.

“For a decade, John Kasich led the fight to balance the federal budget, got it done for the first time since man walked on the moon, but he handed it off to President George W. Bush who proceeded to increase federal spending by an astonishing 83 percent over his two terms,” Clary said.  “Like his brother, former Governor Jeb Bush went on a spending spree that racked up massive debt and ballooned Florida’s budget. Clearly, John Kasich is the real fiscal conservative we need in the White House.”

We’re not going to argue Clary’s point regarding Kasich’s budget hawkishness during his early career in Washington, D.C.  Nor are we going to dispute his contention that both George W. Bush and Jeb Bush are big government “Republicans.”

The problem?  Kasich has become a big government “Republican,” too.

“In the late 1980s and early 1990s, he was a real pro-freedom, pro-free market champion … but in recent years he’s become just another status quo Republican hack,” we wrote of Kasich a year ago.

Since then nothing’s changed … except the price tag for his excesses.

Anyway, according to the latest aggregate polling data from RealClearPolitics, GOP voters in South Carolina aren’t buying what Bush or Kasich are selling.  Both are in the ten percent range … battle for fourth place behind frontrunner Donald Trump (37 percent), U.S. Senator Ted Cruz of Texas (17 percent) and U.S. Senator Marco Rubio of Florida (14.3 percent).