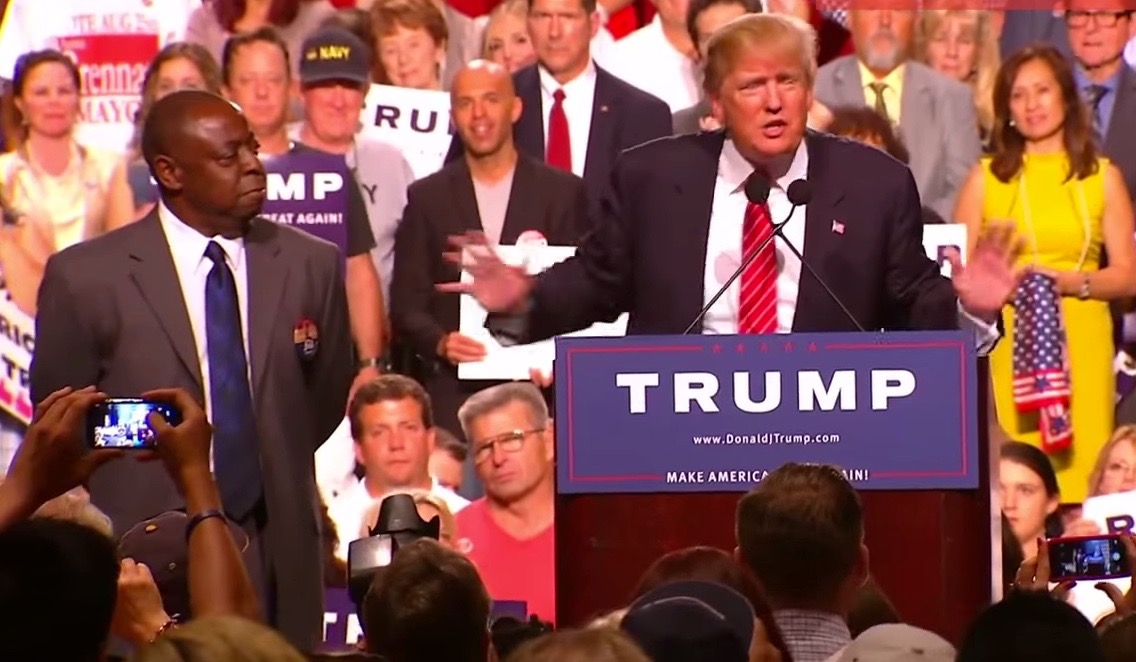 “FIRST IN THE SOUTH” SPOT TELLS STORY OF JAMIEL SHAW …

GOP frontrunner Donald Trump has launched a new television ad in early-voting South Carolina highlighting his positions on the issue of illegal immigration.

The thirty-second spot – which will run over the next eight days – features Jamiel Shaw, a black man whose 17-year-old son was shot and killed by an illegal immigrant.

“People wouldn’t be talking about illegal immigration had I not brought it up when I announced I was running for President,” Trump said. “It is a massive problem in our country and now everybody agrees with me – bad for crime and the economy.”

That’s true … on both counts.

“A wonderful young man, Jamiel Shaw Jr., whose father has become a friend of mine, was shot in the face for no reason by an illegal immigrant,” Trump said.  “He was getting ready to go to college on a football scholarship and his sole fault was walking home to see his father. Because of the relationship I have established with his father, Jamiel’s death is very personal to me.”

Shaw – who has appeared at Trump’s rallies in recent months – would “return the rule of law to the people of this country.”

“Donald Trump is the only person fighting to put American families first,” Shaw said.  “He will protect our children and put an end to these senseless acts of violence that are caused by our failed policies and broken immigration system.”

“Without strong borders we don’t have a country,” Shaw added.  “Strong border enforcement is the first step to preventing future tragedies.”