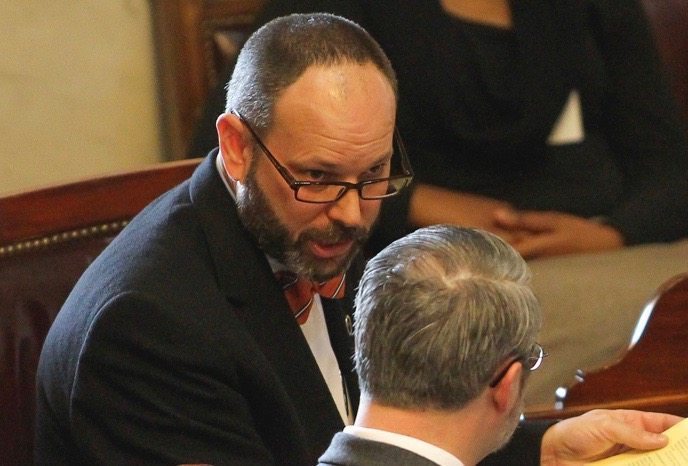 Last month we published a column entitled “Liberal SC ‘Republicans’ Ready To Screw Taxpayers … Again.”  Because we’re subtle like that when it comes to commenting on state budgetary matters.

Anyway, the gist of our post was that top “Republican” budget writer Brian White – a fiscally liberal, ethically challenged politician from Anderson County, S.C. – was preparing to move forward with yet another status quo budget.  In other words, he’s busy drafting a spending plan that – for the seventh straight year – appears poised to blow roughly $1 billion in new money on the same failed “grow government, not the economy” modus operandi.

And given the failure of such “Republican” strategery decades past (and present) … we weren’t happy about that.

“Despite a rocky economy – and real risks looming ahead – White appears sublime when it comes to blowing every penny of the $1.2 billion in incoming revenue on more government,” we wrote.

Not only that, White supports raising the gasoline tax … and wants to pass a huge new borrowing bill that will dramatically raise the state’s bonded indebtedness.

It’s precisely the sort of tax-and-spend (and borrow-and-spend) nonsense that has the Palmetto State in its current economic/ education/ infrastructure hole … yet rather than pass measures aimed at reversing these sad trends, White wants to double down on failure.

Of course this is an election year – and many GOP lawmakers are rediscovering their long-lost fiscal conservatism.  Meanwhile others – like S.C. Rep. Tommy Pope – are eying higher office and don’t want to be seen as making a misstep on a critical vote.

So … what’s a tax-and-spend liberal “Republican” to do?

Easy … screw his own party, and pick up the votes he needs to pass a status quo budget from the “other” side of the aisle.

A variation of this dynamic takes place almost every year at the S.C. State House – but this year White is reportedly hoping to pass a budget with the bare minimum of GOP support.

The S.C. House of Representatives is currently comprised of 124 members – of which 78 are “Republicans” and 46 are Democrats.

In order for White to pass his liberal budget, he will need all forty-six Democrats and seventeen “Republicans” (including himself).

How will he peel away those votes?  Easy … by spending your tax dollars.

“He’s going to buy them in the budget,” one GOP lawmaker told us, citing White’s power of the purse strings.

Basically, the insinuation is that White will use the appropriations process – specifically pork barrel projects routed to specific districts – as a way or rewarding lawmakers who vote with him to pass the budget.  Assuming his plan passes, he will rely on similar efforts by fiscally liberal Senate leader Hugh Leatherman – and of course the barely-used veto pen of Haley.

Another lawmaker added that White will target retiring liberal lawmakers – like outgoing S.C. Rep. Chip Limehouse – who no longer have to worry about facing the voters.

Can White reach his magic number?  Can he succeed in passing a budget that a majority of the members of his own party overwhelmingly oppose?

Let’s hope not … but if history is any indication, it’s not going to be as difficult as it looks.