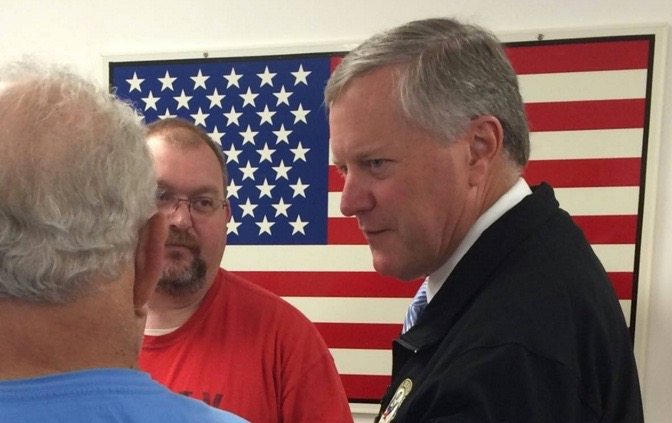 Putting a premium on creative destruction (of the political kind), this website has endorsed the presidential bid of Donald Trump.  But we also like what we’ve heard from U.S. Senator Ted Cruz of Texas.

Others feel the same way …

“We are approaching a historic election that has the potential to fundamentally change our nation as we know it,” Meadows said in a statement.  “Ted Cruz is the principled, conservative leader we need in the White House.  On issue after issue, Cruz has told the truth and done what he said he was going to do.  It may not make him a lot of friends in Washington, but it is exactly what the American people expect of their leaders. Folks across this great nation are sick and tired of the Washington-way, and demand real change. Ted Cruz is the best-positioned leader to restore power to the people and uphold the Constitution at this historic moment in time.”

Cruz referred to Meadows as “a champion for limited government” who has “the battle scars to prove it.”

That’s true.  Meadows has been all but disowned by the “Republican” establishment in Washington, D.C. after initiating a successful effort to oust former U.S. Speaker John Boehner of Ohio.

We praised him for those efforts … although obviously the GOP missed a major opportunity in the aftermath of Boehner’s ouster to make transformative change in Washington, D.C.

And America paid the price for their failure …

North Carolina has seventy-seven GOP delegates.  It is one of five states to host its GOP primary on March 16.